The number of confirmed cases of a new pneumonia-causing coronavirus raging in China has topped 8,100 across the globe, exceeding the level of SARS virus infections during its 2002-2003 spread, Chinese media reported Thursday.

In China, the Tibet Autonomous Region has confirmed its first patient with the new coronavirus, health authorities said, meaning the illness has spread to all of the country's 31 provincial-level regions.

The death toll in China from the new virus has increased to over 170, including nearly 130 in the central Chinese city of Wuhan, the epicenter of the outbreak, while at least 8,140 cases have been identified. The virus has infected around 80 people in about 15 other nations.

The SARS pandemic sickened 8,098 people and killed 774 globally. Its fatality rate of around 10 percent was higher than that of the new coronavirus, which has resulted in death for roughly 2 percent of infected patients so far.

Against the backdrop of the continuing rise in confirmed cases, the Chinese Football Association said Thursday it will postpone the Feb. 22 start of the domestic league's season to protect the health of fans, players and coaches.

The coronavirus, known to be transmitted between humans, has already spread to other Asian nations such as Japan and South Korea, as well as North America, Europe, Australia and the Middle East. 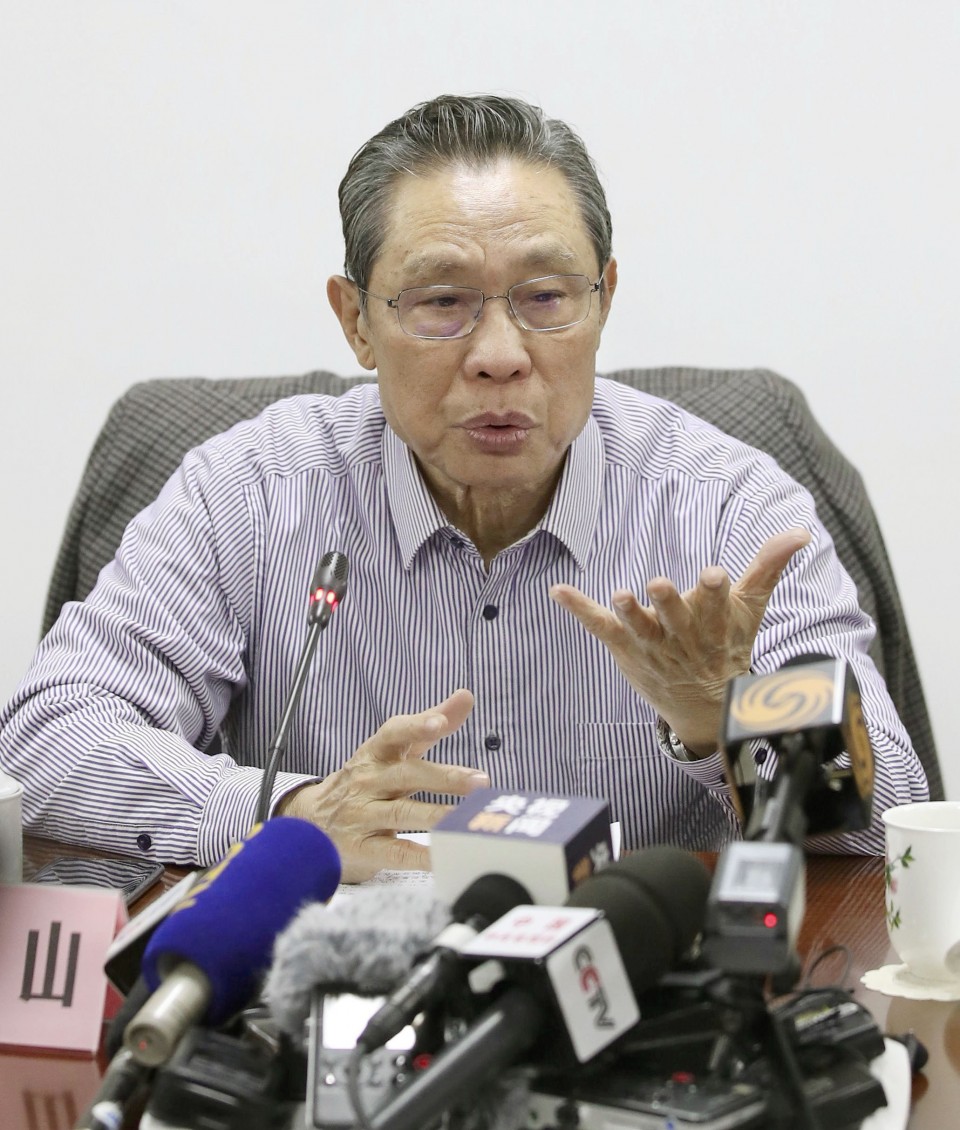 In the past two days through Thursday, Finland, the Philippines and India reported their first confirmed cases of the mysterious and deadly coronavirus, as the number of infected pneumonia patients in China has, in recent days, climbed by more than one thousand each day.

The Chinese government has been struggling to prevent the expansion of the virus, saying supplies of personal protection equipment for medical experts have become tight.

All eyes are on whether the World Health Organization will declare a public health emergency of international concern over the current situation at an urgent meeting convened on Thursday.

The new virus is believed to have begun spreading late last year in Wuhan, around 1,000 kilometers south of Beijing. The city is a major business and transit hub with a population of some 11 million.

The Chinese pulmonologist, who combated the 2002-2003 SARS epidemic, said the new coronavirus has the same origin as a virus found in a type of bat in 2017, the news agency reported.

In Hubei Province, whose capital city is Wuhan, the number of deaths stemming from the new virus has risen to 162 as of Thursday morning, up 37 from the previous day.

Concern is mounting that infections will expand further as hundreds of millions of Chinese are expected to return home from their weeklong Lunar New Year holiday, which has been extended to Sunday from Thursday on account of the outbreak.

Japan and the United States earlier this week sent charter flights to Wuhan to evacuate their citizens. On Thursday, 92 Singaporeans flew back to the city-state from the Chinese city on a specially chartered flight. South Korea is planning to follow suit.

Coronaviruses generally cause common cold-like symptoms affecting the nose, sinuses or upper throat and are spread through sneezing, coughing or direct contact.