Japan has earmarked a combined 1.78 billion yen ($16 million) in the state budget for boosting promotion of sake and other Japan-made alcoholic beverages abroad, especially when the country hosts the Olympics and Paralympics this year.

The total -- of which 1.31 billion yen is in the budget for fiscal 2020 starting in April and the remainder in the supplementary budget for the current fiscal year to March -- is seven times larger than similar spending in the initial 2019 budget. 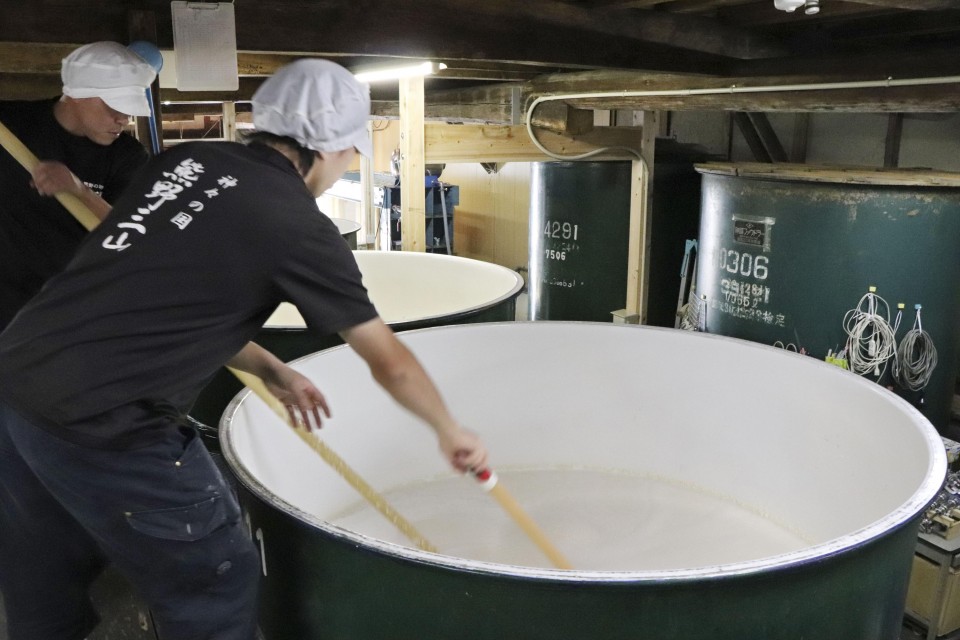 As part of such efforts, the government is preparing to set up an office at the National Tax Agency in July to better assist companies in exporting sake and domestically made wine and beer, according to an agency official.

The office, to have a staff of 18 within the agency's Liquor Tax and Industry Division, will join hands with the Japan External Trade Organization to promote and strengthen the branding of sake and other Japan-made alcoholic drinks.

"The new office will assist companies in exporting alcoholic beverages by understanding their needs and passing on relevant information such as on sales routes, foreign buyers and other issues," said Yui Nagahara, deputy director of the division.

The office will also be tasked with negotiating with foreign counterparts on lowering liquor taxes.

Nagahara, who handles issues related to exports of Japanese alcoholic beverages abroad, said the 470 million yen in the fiscal 2019 extra budget will be assigned to the National Research Institute for Brewing for the development of new products matching tastes overseas.

Other initiatives include the launch of booths in Japan during the Tokyo Olympics and Paralympics where foreign visitors can try sake. Locations will include airports and the event media center.

Another envisaged measure is promotion of sake brewery tours as an attraction for foreign visitors, a project that would involve local breweries, tourist operators and public transport companies.

The agency also plans to step up promotion of "awamori," a rice-based distilled spirit, as part of the revitalization of the economy of Okinawa, southwestern Japan.

With demand for Japanese cuisine increasing globally, the country exported 25,747 kiloliters of sake in 2018, up 9.6 percent from a year earlier and hitting a record high for the ninth consecutive year, according to government data.