A farewell ceremony for Japanese doctor Tetsu Nakamura, who was killed in Afghanistan in December, was held Saturday attended by about 5,000 people paying respect for his longtime contribution to development of the central Asian country.

"Our family wishes green to spread throughout Afghanistan, as my father hoped," Ken Nakamura, his 36-year-old son, said at the ceremony at Seinan Gakuin University's chapel in Fukuoka. 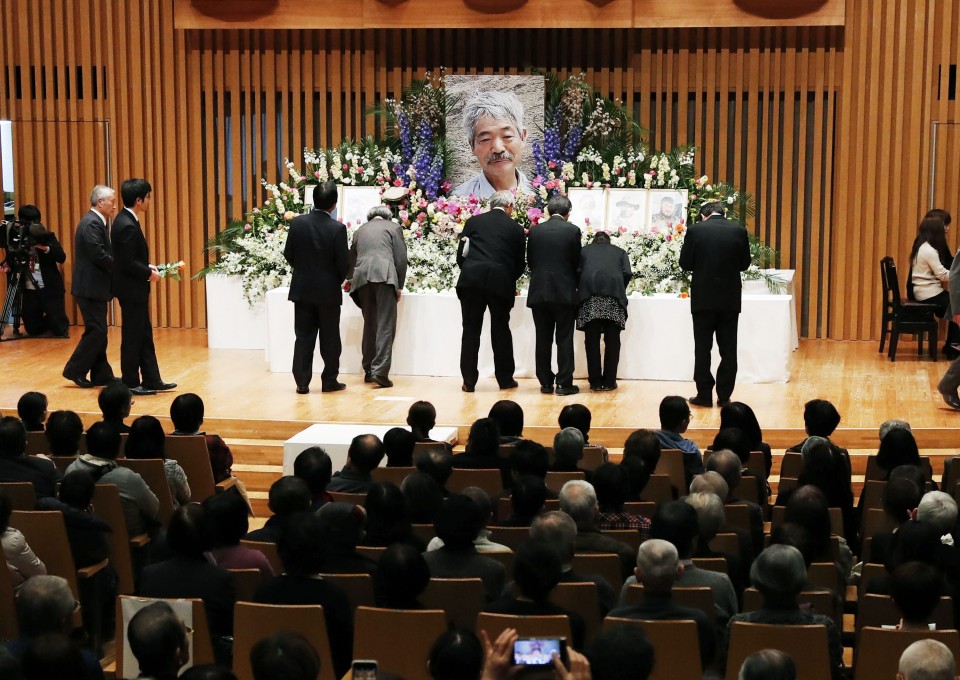 Funeral of Japanese doctor killed in Afghanistan held in Fukuoka

The 73-year-old doctor, head of the Afghan unit of the Peshawar-kai aid group based in the southwestern Japan city, and five Afghans were killed as armed men attacked their vehicle in Jalalabad in the eastern province of Nangarhar on Dec. 4.

Nakamura had been providing medical assistance near the Afghan border with Pakistan for years. He was also involved in tree-planting activities and a project to improve the water supply in poverty-stricken areas after a drought hit Afghanistan in 2000.

The attendees of the ceremony included Afghan Ambassador to Japan Bashir Mohabbat, who termed Nakamura a "permanent hero."

Photographs of Nakamura and the five Afghans were displayed on the altar during the ceremony.