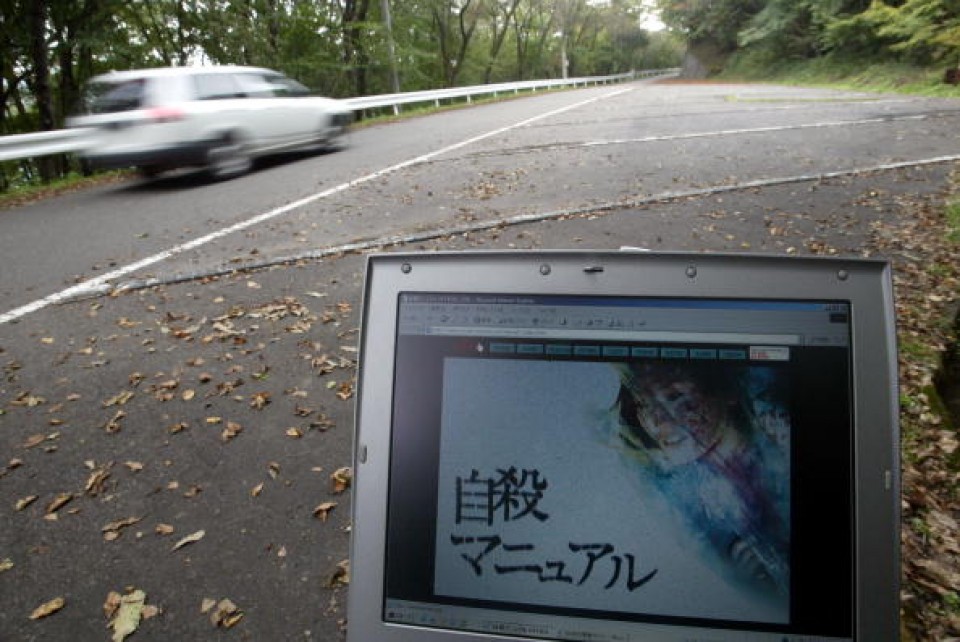 (A Japanese web site about how to commit suicide is seen on a computer laptop near the area on the mountainside where four men and three women were found dead in a car October 14, 2004 in Saitama Prefecture)[Getty/Kyodo]

TOKYO - The number of suicides in Japan fell 4.2 percent in 2019 from the previous year to a record low 19,959, down for the 10th straight year, police data showed Friday.

It is the first time the preliminary figure has fallen below 20,000 since the National Police Agency began compiling data in 1978. But the number could rise later when the data is revised in March.

"We need to face up to the reality that as many as about 20,000 people took their own precious lives," Health, Labor and Welfare Minister Katsunobu Kato told a press conference. "To realize a society where nobody will be forced to commit suicide, we'll promote countermeasures steadily."

The ministry said it has introduced measures to prevent suicides, including consultation services for younger people via social media.

The welfare ministry and the NPA will release a breakdown of data by age group, suicide causes and motives in March along with the revised figures.