The 27-year-old hurt his left knee while playing for the Panasonic Wild Knights in their 40-20 victory over Toyota Verblitz on Saturday, according to the JRFU.

The Japan Top League match was Fukuoka's final 15-a-side appearance before he turned his attention toward this summer's Tokyo Olympics. 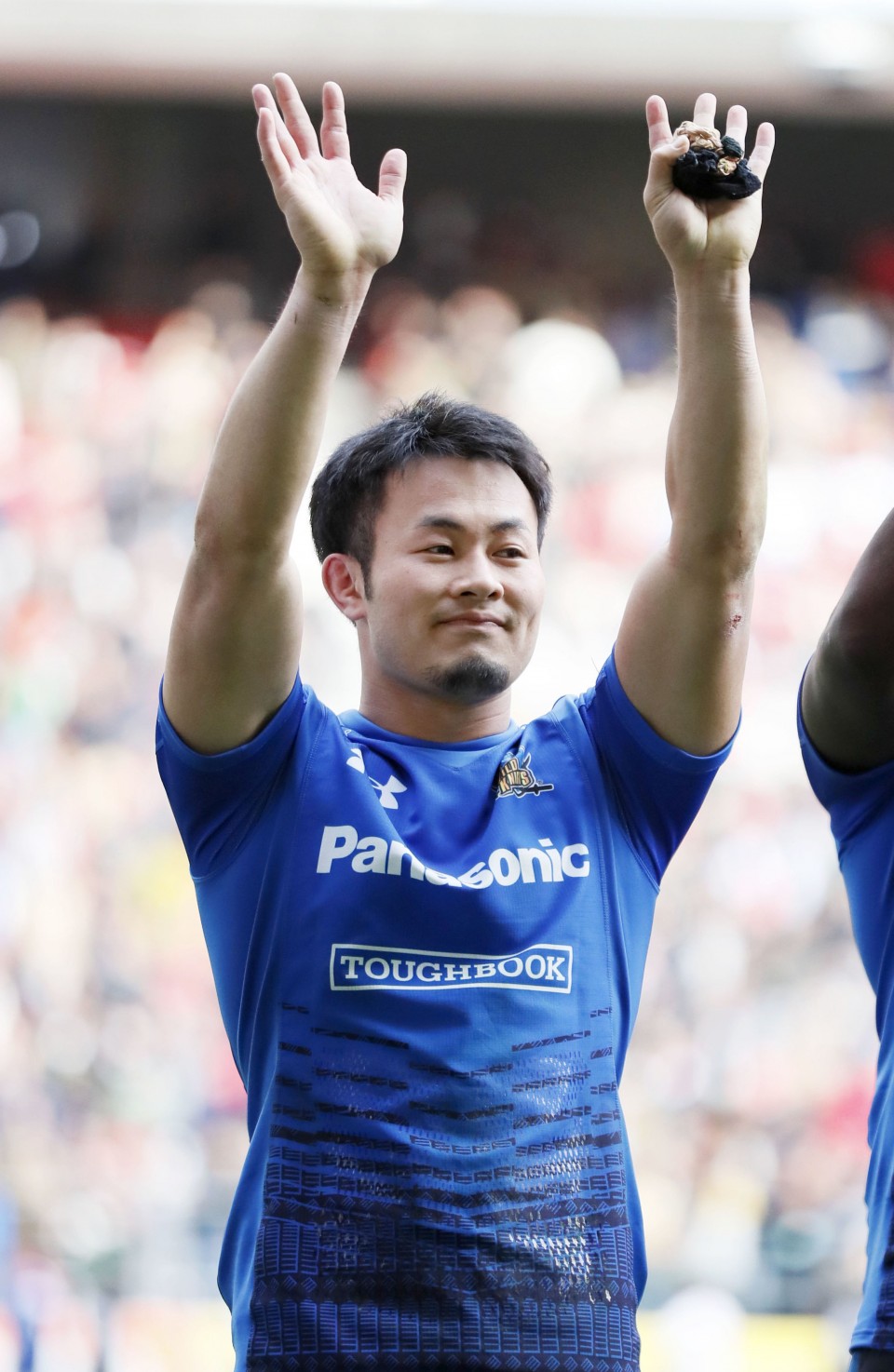 Fukuoka had planned to attend the three-day training camp starting Friday in Kumagaya, Saitama Prefecture, in a bid to make the Olympic team. He will undergo further examinations on the knee, with no timeline given for his return.

Fukuoka played sevens at the 2016 Rio de Janeiro Games, where Japan finished fourth after losing to South Africa in the bronze medal match.