The International Olympic Committee on Thursday released guidelines pertaining to Rule 50 of the Olympic Charter in order to avoid political protests at the 2020 Tokyo Olympics.

The IOC let athletes know ahead of the July 24-Aug. 9 Games that they are prohibited from taking a knee, making hand gestures with a political meaning, and wearing or holding signs or armbands on the field, on the medal stand or in the Olympic Village.

But they will be allowed to express their political opinions on their social media accounts or during interviews with the media, such as news conferences and in the mixed zone, the new three-page document clarifying Rule 50 said. 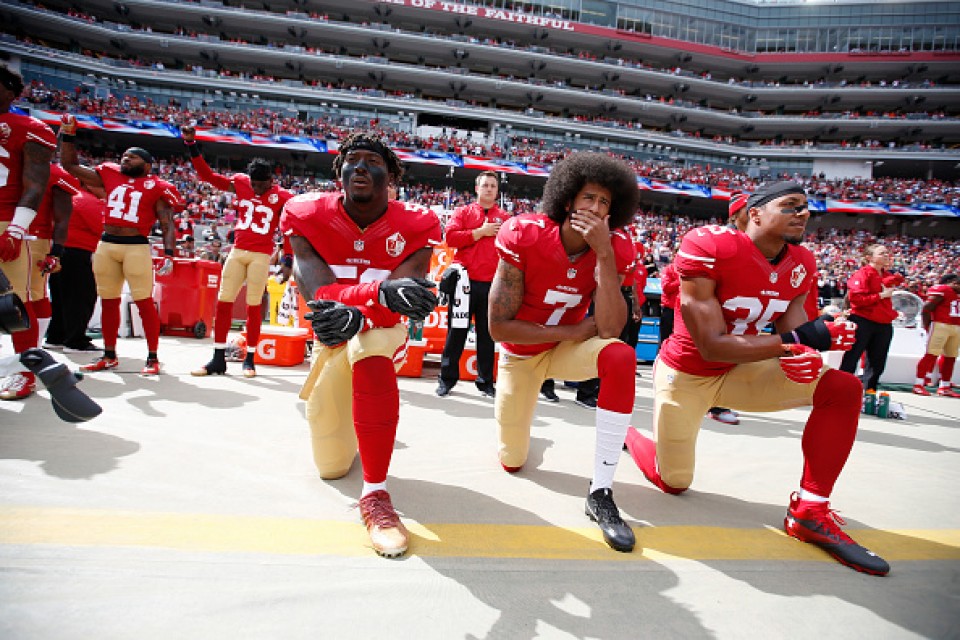 (Antoine Bethea (41) and Rashard Robinson (33) of the San Francisco 49ers raise their fists during the anthem as Eli Harold (58) while teammates Colin Kaepernick (7) and Eric Reid (35) take a knee, prior to the game against the Dallas Cowboys at Levi Stadium on Oct. 2, 2016 in Santa Clara, California.)[San Francisco 49ers/Getty/Kyodo]

Existing Rule 50 of the Olympic Charter states that "no kind of demonstration, political, religious or racial propaganda is permitted in any Olympic sites, venues or other areas."

Among the wave of recent athlete protesters is Ethiopian marathon runner Feyisa Lilesa, who crossed his arms above his head at the finish line to show support for civil rights protesters in his home country during the 2016 Rio de Janeiro Olympics.

NFL quarterback Colin Kaepernick lost his playing career in 2016 after taking a knee during the pregame national anthem to protest racial injustice in America. The act sparked the controversial #TakeAKnee movement. 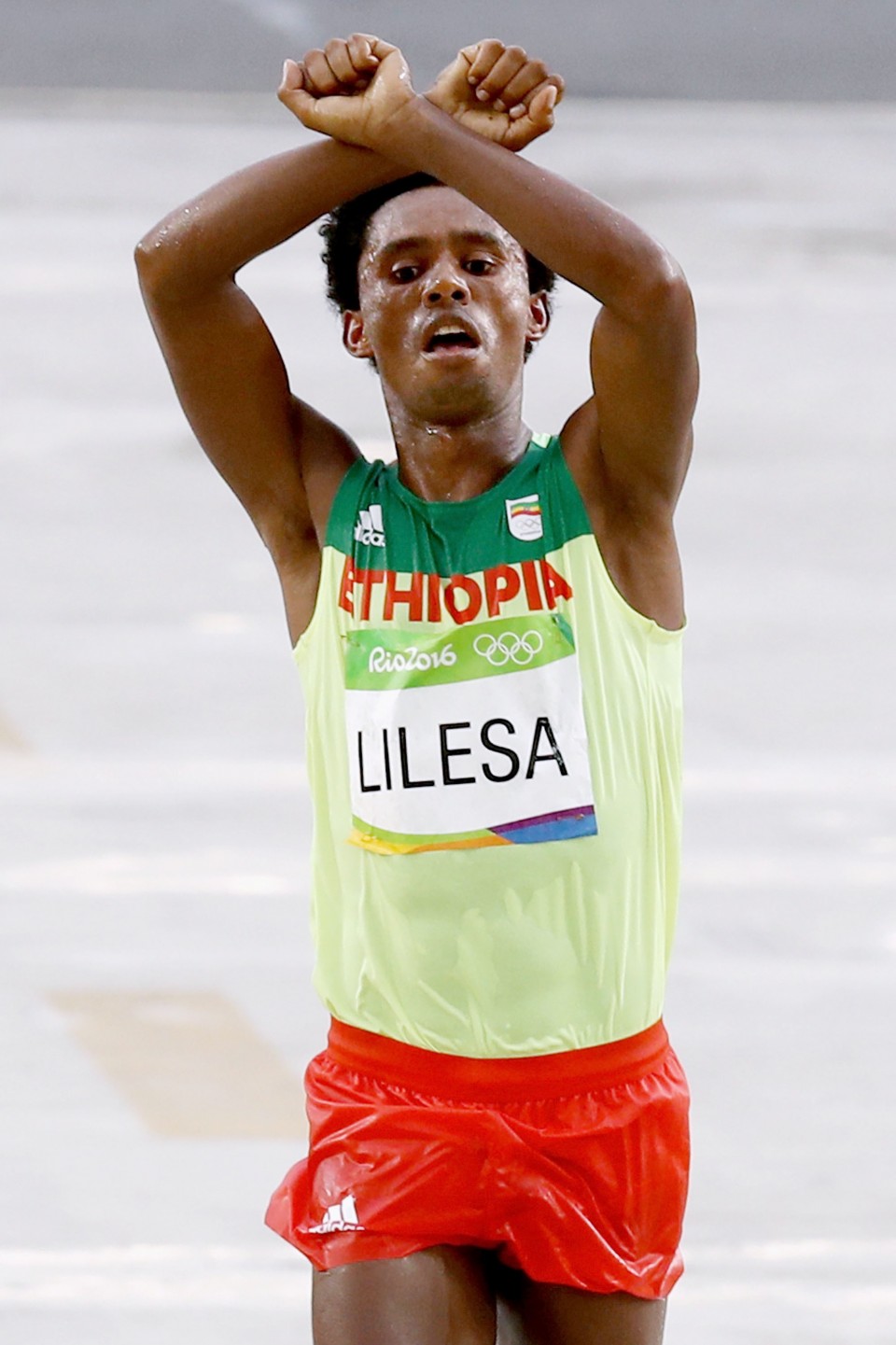 (Feyisa Lilesa of Ethiopia celebrates as he crosses the line to win silver during the Men's Marathon on Day 16 of the Rio 2016 Olympic Games at Sambodromo on Aug. 21, 2016 in Rio de Janeiro, Brazil.)
[Getty/Kyodo]

Athletes who break protest rules at the Tokyo Games will receive disciplinary action from the IOC.

"If an athlete or participant is in breach of Rule 50 and the Olympic Charter, each incident will be evaluated by their respective National Olympic Committee, International Federation and the IOC, and disciplinary action will be taken on a case-by-case basis as necessary," the document reads.