Russia released a Japanese fishing boat Monday seized last week in waters off islands claimed by Japan after confirming that a fine had been paid.

The boat returned to Nemuro in Hokkaido in the evening from Kunashiri, one of the disputed islands called the Northern Territories in Japan and the Southern Kurils in Russia.

A Russian judicial source said a local court ordered a fine of some 68,000 rubles ($1,100) against the captain on Monday, as Moscow has said it violated rules under a bilateral fishing agreement. 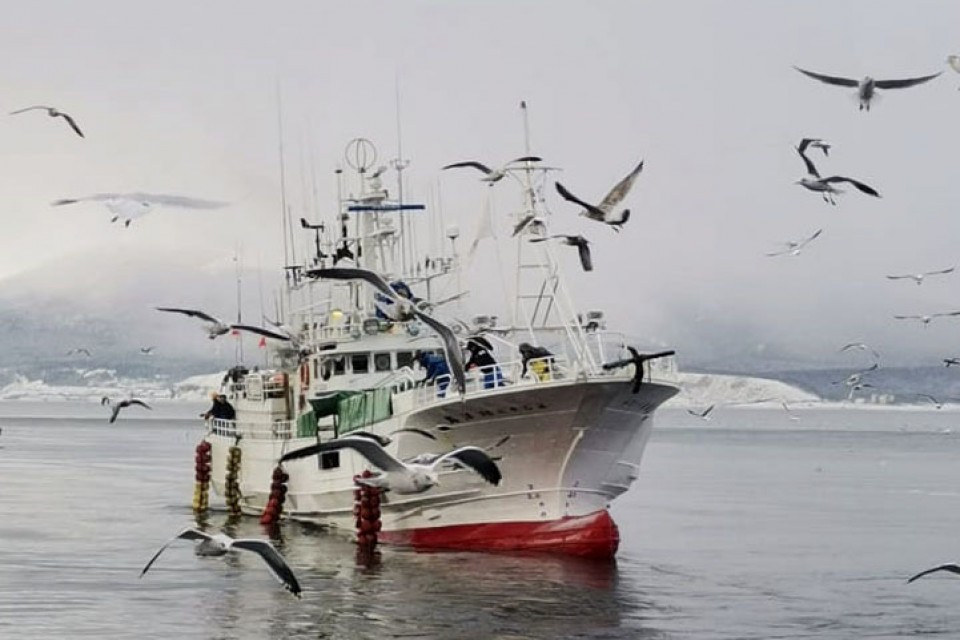 The Shoyo Maru No. 68, with six crew members, was seized last Wednesday after the border security agency from Sakhalin in Russia's Far East, which effectively administers the disputed islands, said they found more than 1,100 kilograms of fish altogether on board but the catch was not declared in the vessel's logbook as required.

The boat was inspected by Russian authorities in the country's claimed exclusive economic zone before being taken to Furukamappu, known as Yuzhno-Kurilsk in Russia, on Kunashiri.

The incident follows last month's seizure of five Japanese fishing boats also from Nemuro by Russian authorities. The vessels and their 24 crew members, who were catching octopus in waters around the disputed islands, were released after paying a fine of some 6.4 million rubles.