Star Wars fans will find it hard to resist the latest ride at Disneyland's Galaxy's Edge in California.

"Rise of the Resistance" brings guests from the planet Batuu to a Star Destroyer and back in the longest and most immersive attraction the park has ever constructed.

To elaborate upon this ultimate combination of story and technology, several Walt Disney "imagineers," the creative people behind all the rides at Disney theme parks, held an exclusive panel discussion Thursday at Disneyland. The ride officially opens to the public Friday. 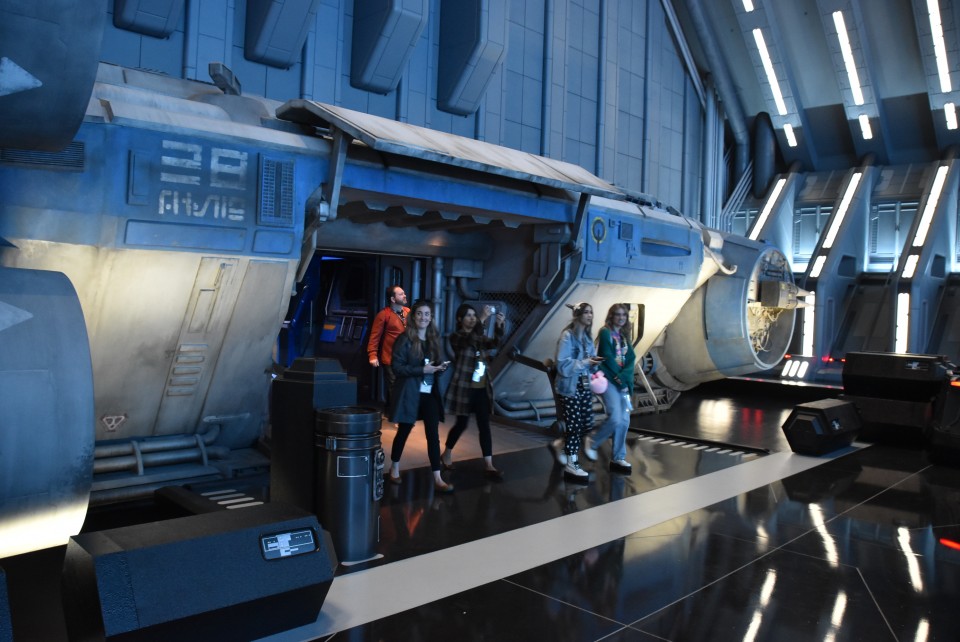 (Guests board an Intersystem Transport Ship on Disneyland's Star Wars: Rise of the Resistance.) 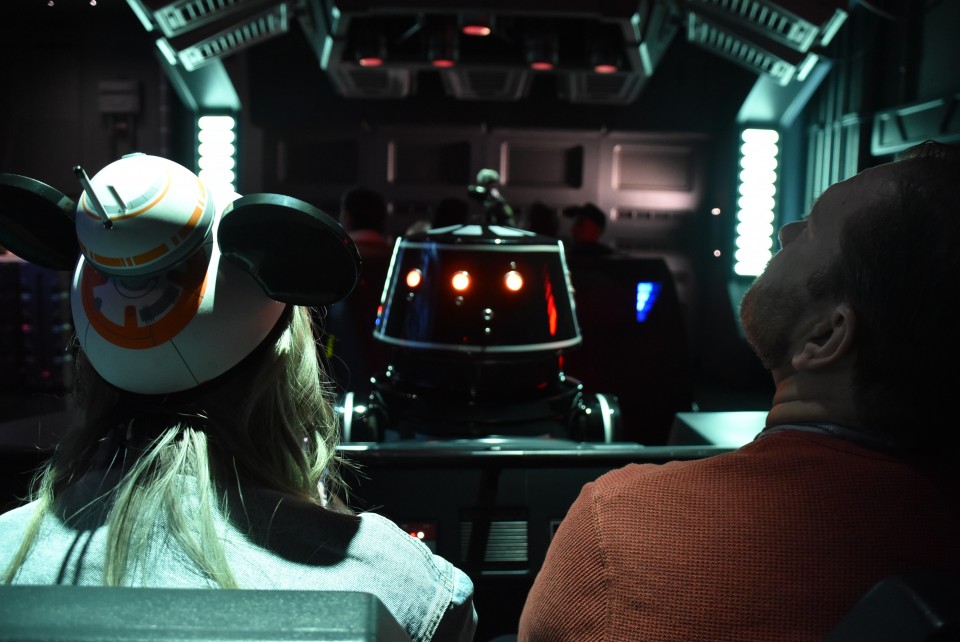 (Photo taken Jan. 16, 2020, shows an R5-series astromech droid drives the trackless ride vehicles through the corridors of a Star Destroyer on Disneyland's Star Wars: Rise of the Resistance.)

"This is a multi-act journey. It's not just an attraction as much as an adventure," said Margaret Kerrison, managing story editor at Walt Disney Imagineering.

"It's all the feels of going through the hallways of a Star Destroyer. What does it feel like to be able to see Kylo Ren face to face?" Kerrison added.

The 14-acre Star Wars: Galaxy's Edge opened in May at the Anaheim, California theme park, while an almost identical land opened at Disney World's Hollywood Studios near Orlando, Florida in August. Disney World's "Rise of the Resistance" opened Dec. 5.

With a running time at just over 15 minutes, the attraction not only realizes every detail on a grand scale, it reimagines the traditional concept of ride preshows and queues. 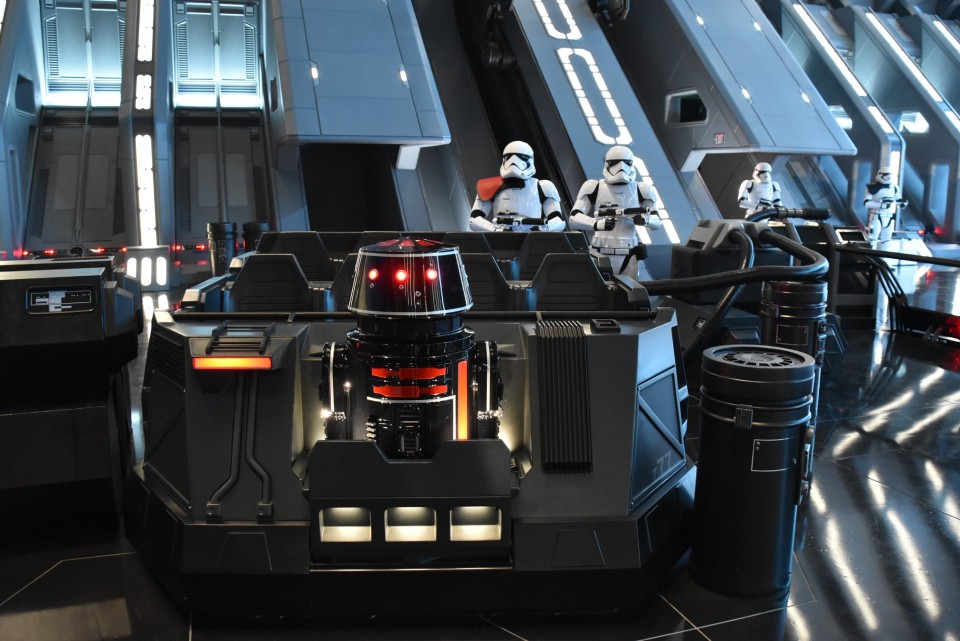 (Photo taken Jan. 16, 2020, shows an R5-series astromech droid that drives the trackless ride vehicles through the corridors of a Star Destroyer on Disneyland's Star Wars: Rise of the Resistance.)

"Epic storytelling and massive sets are really at the core of what Rise of the Resistance is," said John Larena, executive creative director at the research and development unit of Walt Disney.

The trackless vehicles help create the illusion that they are being "piloted" by an R5-series astromech droid. At one point the vehicles drive into escape pods, which is actually a drop tower with a motion base, Larena explained.

From there guests fly through the laser blasts and explosions of a space battle, created by visual effects company Industrial Light & Magic. "So everywhere you look, you know this is true Star Wars quality that you're used to seeing in the movies," Larena said. 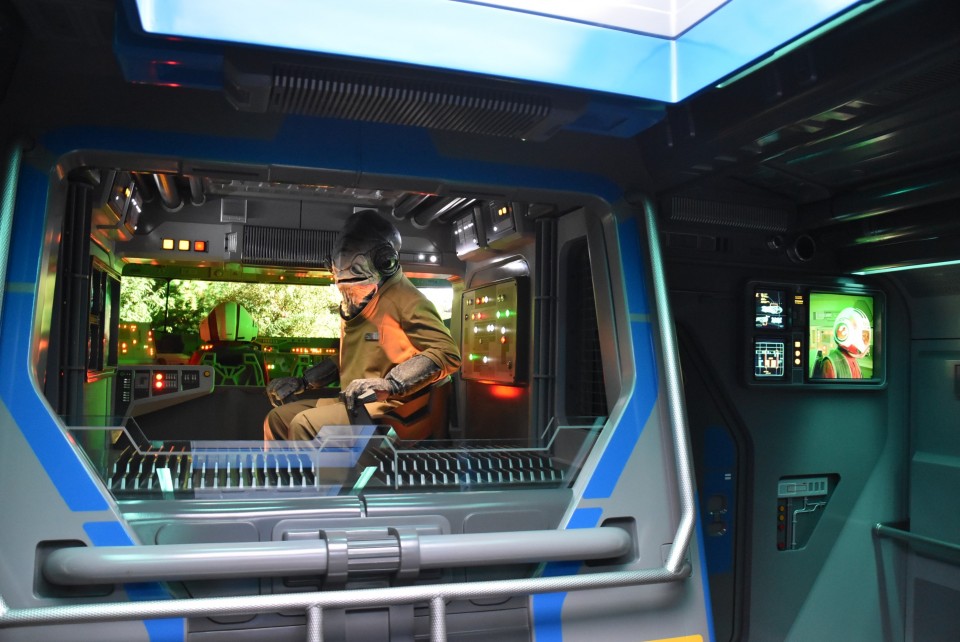 Familiar faces from the latest Star Wars trilogy appear throughout the ride, including Daisy Ridley who plays Rey, Adam Driver as Kylo Ren and John Boyega as Finn. Other characters, including the fish-headed Lieutenant Bek, who plays a sort of host throughout the story, are brought to life with Disney A-1000 Audio-Animatronics figures.