Japan coach Jamie Joseph put the cat among the pigeons Wednesday when he said the Brave Blossoms could not hope to remain a top-eight nation if the current domestic structures remain in place.

Speaking to the media for the first time since he agreed to sign on for another four years, Joseph said it would be "detrimental to the national game if we are asking our players to play test matches then Top League and then test matches, and be successful at both."

"First and foremost, for us to keep improving as a team we must prioritize the welfare of our players," said Joseph, who led the Brave Blossoms to the quarterfinals for the first time at last year's Rugby World Cup in Japan.

"The World Cup results were evidence that when we get that right the players can achieve anything. And I believe we need a Top League structure that allows our players to achieve this." 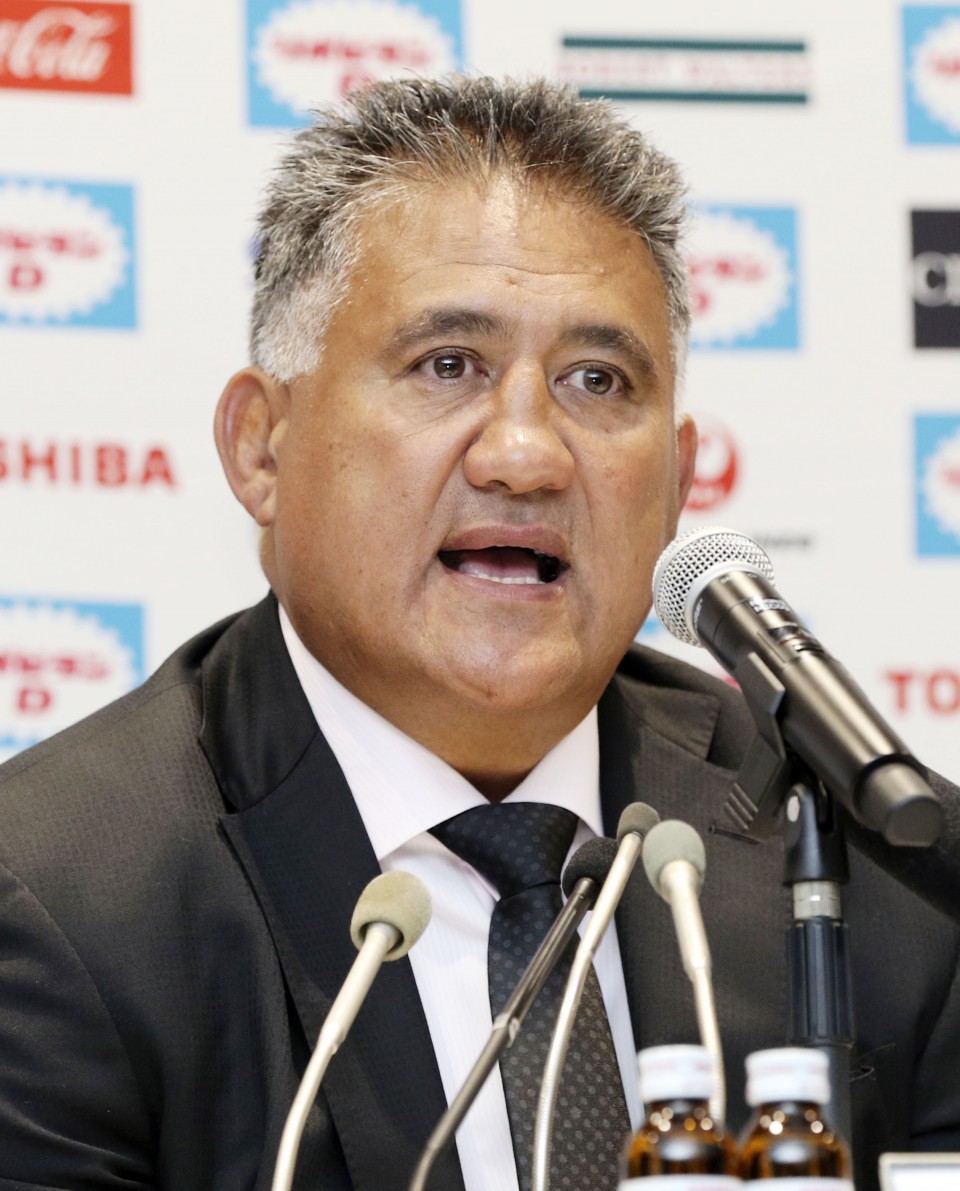 A day earlier, the Japan Rugby Football Union laid out plans for a new league that will replace the Top League from 2021.

While certain conditions were laid down for teams joining the league -- such as they must incorporate a region of the country into the team name and have a home stadium -- little was revealed as to the timing of the new competition.

In the past, however, the JRFU have made it clear they favor a season that runs in the traditional September through January period.

Joseph was adamant this would not benefit the national team and pointed to problems he had experienced from 2016 to 2018 when the Brave Blossoms and Top League sides were "competing for the same players."

"It was unsustainable. We cannot go in that direction," Joseph said. "The current structure from December to May is the right structure."

The 50-year-old former back-row forward was referring to the 2019-2020 Top League season, which was put on hold for six months as a result of Japan hosting the World Cup.

"It doesn't conflict with international rugby and allows the players to recondition and be ready for the July and November tests."

This year, Japan play Wales at home on June 27 before taking on England on July 4 and 11. In November, they are slated to play Ireland and Scotland with a game against another European nation and the Barbarians also being lined up.

"We need to ensure that we have a competition structure that avoids (schedule conflict) at all costs," he said. "If we have the right structure then the Japan team will get better. If not it will be very difficult to win."

The former New Zealand and Japan international praised the 2019 World Cup for creating a lot of positives for Japanese rugby.

Joseph said that while he expected challenges ahead, it was his love for Japan and coaching the Brave Blossoms alongside his "responsibility to continue the job and ensure that Japan rugby keeps on developing as they embark on the 2023 World Cup" that made it an easy decision to stay.