Tokyo's oldest subway line got a brand-new station Friday in Shibuya, a popular tourist and nightlife hub that is rapidly transforming ahead of the Olympics this summer.

The Ginza Line's new Shibuya station has twice as much platform space as before at 12 meters across, and a wavy roof shaped like the letter M that is likely to become a new icon of the district.

Moved a short distance from where it was before, the new station is expected to make it easier for passengers to transfer to and from the capital's busy Yamanote loop line and some other train services.

"The old station had challenges, including narrow entrance gates and platforms. We hope the new one will be loved as a safe and convenient station," Tokyo Metro Co. President Akiyoshi Yamamura said at an opening ceremony as the first train departed the platform after 5 a.m. bound for Asakusa. 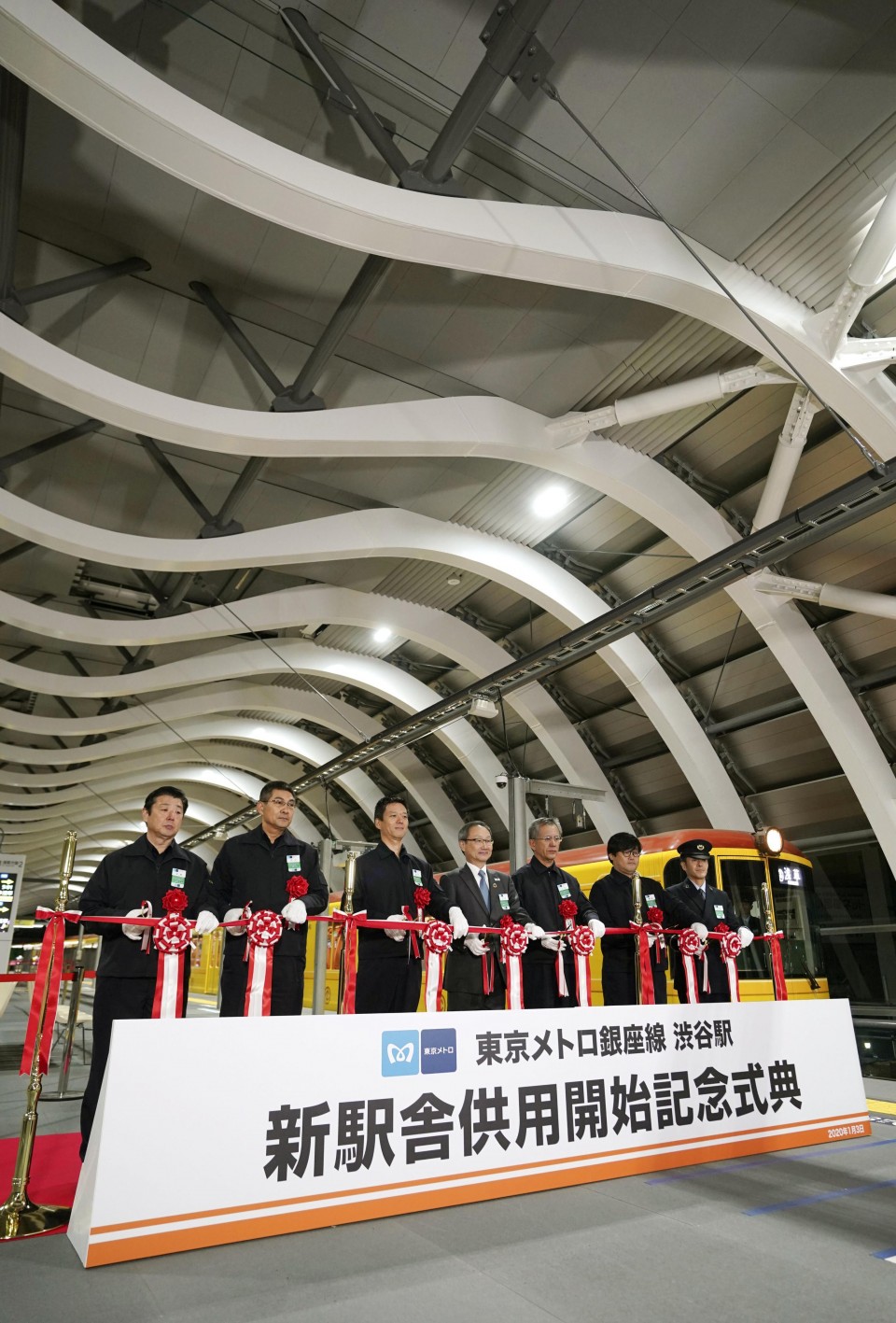 Tokyo Metro, which began the relocation work in 2009, plans to equip the new station with elevators and platform safety gates in time for the Olympics and Paralympics.

"It's good that it has become convenient to make transfers for other lines. The roof is stylish and foreigners will also probably like it," said Chiaki Kashihara, 25, who uses the metro to go to work.

The old station, opened in December 1938, had two platforms on the third floor of the Tokyu department store. It now has one platform, about 130 meters away from the old location.

For the reopening, services on the Ginza Line were partially suspended for six days through Thursday. The operator said the suspension affected about 1.6 million passengers.

The Shibuya district has undergone large-scale redevelopment in recent years ahead of the Summer Games, with a number of major new buildings erected. 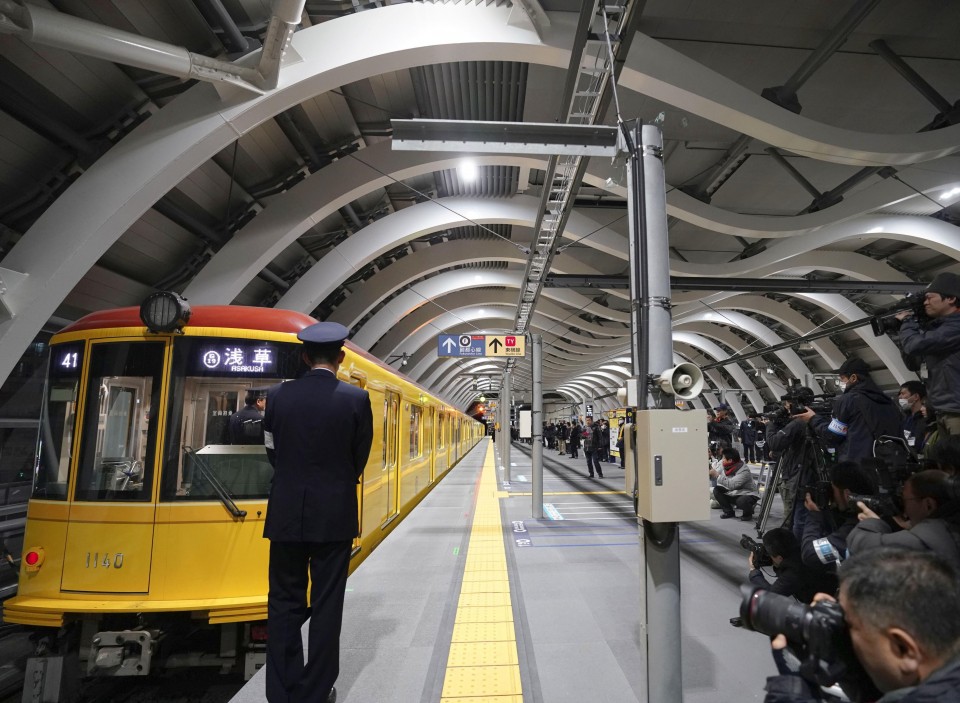