Japanese Defense Minister Taro Kono will order Friday a destroyer and patrol planes of the Maritime Self-Defense Force to engage in an information-gathering mission in the Middle East, government sources said.

The mission, approved by the Cabinet late last year, is intended to help secure the safe passage of Japanese commercial ships through regional waters at a time when it remains uncertain a tense situation between the United States and Iran can be diffused.

Ahead of the dispatch starting later this month, Kono observed Thursday a map exercise conducted by MSDF personnel, while opposition lawmakers have called for its cancellation after Iran attacked U.S. troops in Iraq earlier this week.

Commanding officers including the captain of the destroyer Takanami, which is scheduled to be sent to the region, drilled how to assess various situations, operate the unit and communicate in case of an emergency as part of the exercise held at the MSDF's Command and Staff College in Tokyo. 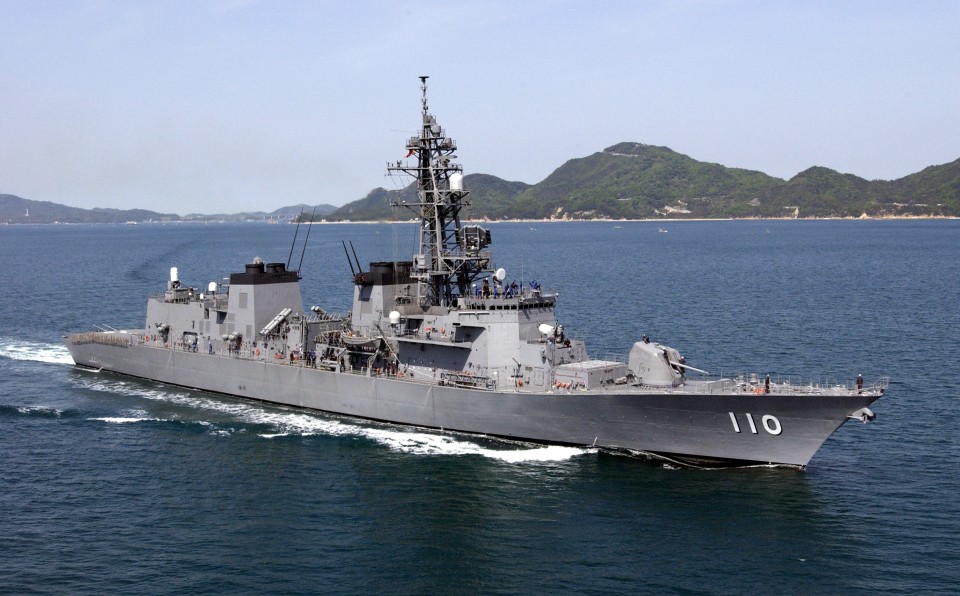 In an emergency, the MSDF could engage in maritime policing based on the SDF law which allows personnel to take necessary action, including the use of weapons, at sea to safeguard Japanese lives and property.

"I want them to be fully prepared by repeating exercises before heading for (the Middle East)," Kono told reporters after observing the training.

The destroyer Takanami is set to leave Japan in early February after about four weeks of training, while P3-C patrol planes will start the intelligence-gathering mission in the Middle East by the end of this month.

On Dec. 27, the Cabinet approved the dispatch to play a role in maintaining peace in the Middle East without joining a U.S.-led coalition to guard ships passing through the Strait of Hormuz, a key oil and gas tanker shipping lane.

The decision to carry out an independent operation was made to avoid hurting Japan's friendly ties with Iran.

The mission's areas of operation are limited to the Gulf of Oman, the northern part of the Arabian Sea and the Bab el-Mandeb Strait connecting the Red Sea and the Gulf of Aden. The Strait of Hormuz and the Persian Gulf are excluded given Iran's opposition to the U.S.-led coalition's initiative.

Japanese P3-C aircraft have already been deployed to the Gulf of Aden off the coast of Somalia to crack down on pirates operating in the area.