A group of Ainu, an ethnic minority in northern Japan, is set to file a lawsuit against the state to confirm indigenous rights to fishing salmon in rivers, which currently requires permission from authorities, sources close to the matter said Sunday.

Japan enforced a law in May stipulating for the first time that the Ainu are an indigenous people in Hokkaido. But the law fell short of guaranteeing their self-determination and other tribal rights, with the government citing that they have no tribes.

The group of 13 plaintiffs, aged between 20s and 70s and members of a cultural preservation body in the town of Urahoro, plans to file what will be the first such lawsuit by the Ainu against the central and Hokkaido governments with the Sapporo District Court as early as April, the sources said.

They will claim they are a tribe taking over from their ancestors the right to fish for salmon in the lower reaches of the Tokachi River, said the sources. 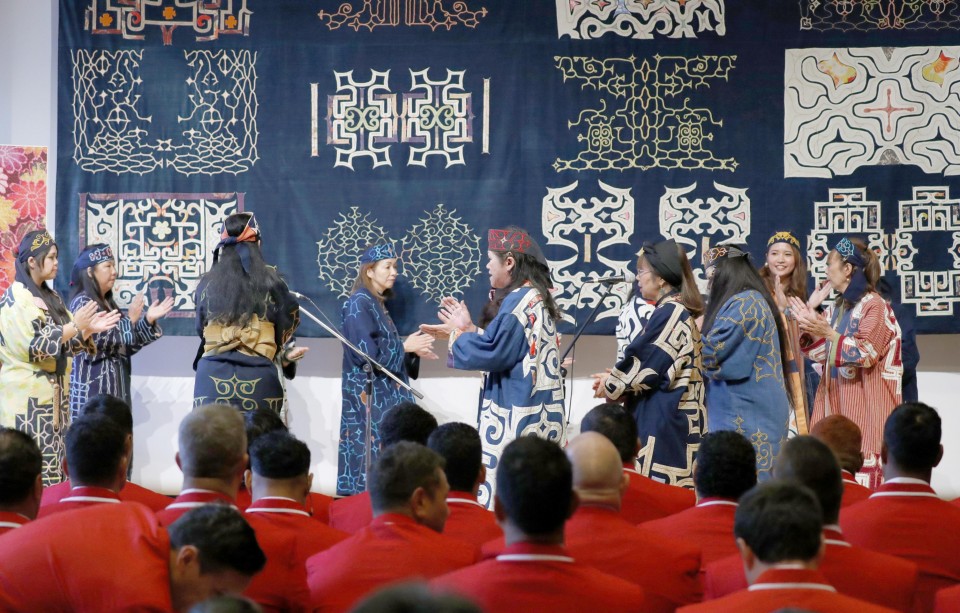 (A traditional Ainu dance is performed during a welcome ceremony for Tonga rugby players in Sapporo, Hokkaido, on Sept. 19, 2019, a day ahead of the opening of the Rugby World Cup in Japan.)

The Ainu struggled to maintain their language and culture due to the assimilation policy of the Japanese government beginning in the Meiji period (1868-1912). They were pressed to do farming instead of hunting and fishing, practices that had been integral to their culture.

The new law, designated to protect and promote the culture of the Ainu, simplified procedures for them to obtain permission from authorities to conduct traditional salmon fishing in rivers and collect timber and other items in national forests for rituals.

But some Ainu have criticized the legislation, saying it does not refer to the recovery of fishing rights and will not do enough to reverse historical discrimination.

National Ainu museum in Hokkaido to exhibit over 700 artifacts