Vissel Kobe announced Saturday that former Germany international Lukas Podolski is leaving the J-League first-division club upon the expiration of his contract.

The 34-year-old striker joined Kobe in the summer of 2017 on a two-and-a-half-year deal with an estimated annual salary of 600 million yen (about $5.4 million). He scored 15 goals in 52 matches and helped Vissel win their maiden Emperor's Cup earlier this month.

"I always had incredible support from the first day I played in Kobe until winning the national title on the last. I will never forget it," Podolski said in a statement through the team. 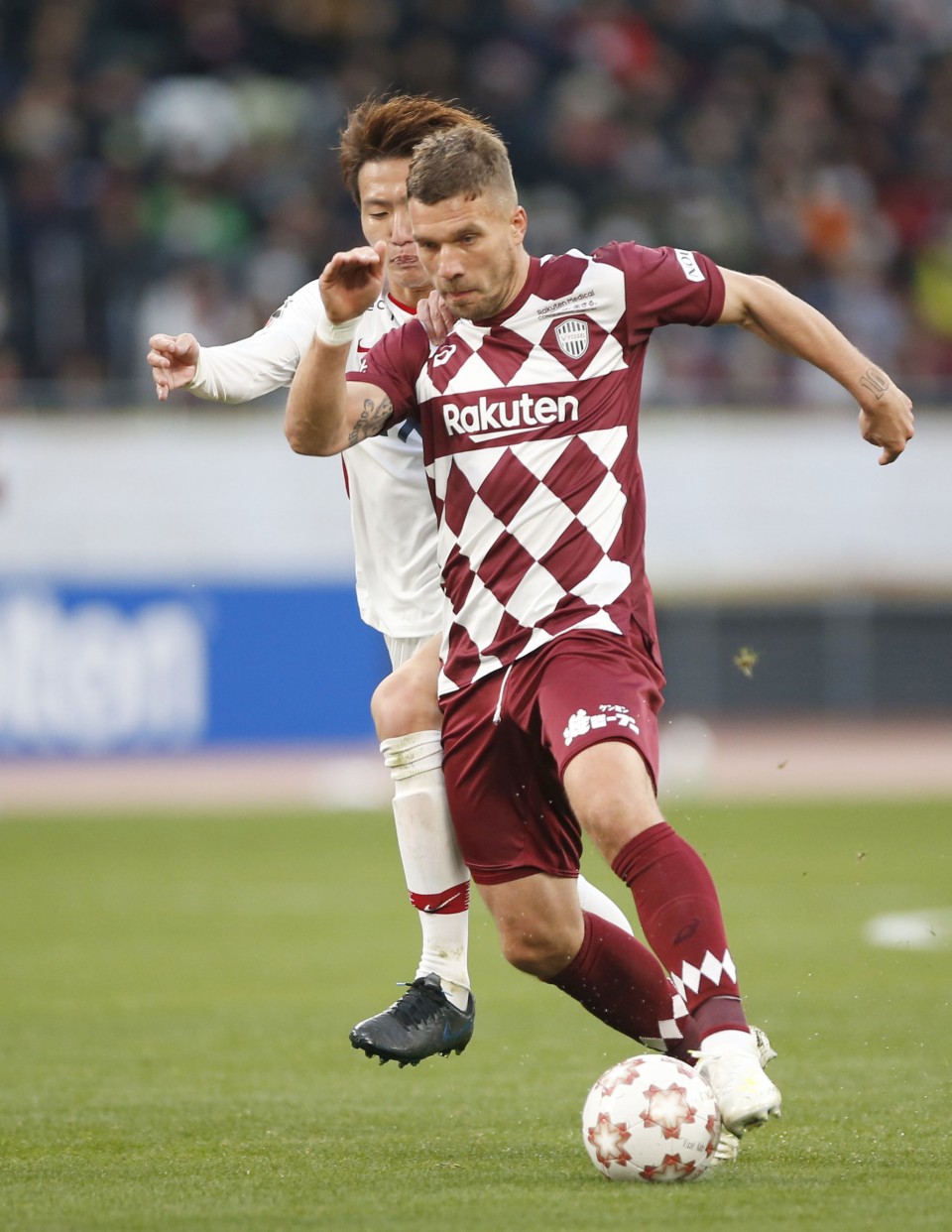 Podolski, who played in three consecutive World Cups and helped Germany win its fourth title in Brazil in 2014, marked his J-League debut with a brace in July 2017 and finished his first season with five goals.

He scored five more in 2018 as Vissel's captain while battling minor injuries and concluded his final season in Japan with five goals across 13 league matches.

Podolski was the first of several marquee signings by Vissel, and was joined in 2018 by former Spain internationals Andres Iniesta and David Villa. The latter retired at the end of last season to help start a new club in the United States.

Podolski declined to say where he was headed after Japan but has attracted interest from several clubs all over the world.