Britain, France and Germany on Tuesday triggered a dispute resolution mechanism in a 2015 Iran nuclear deal in a move that could revive European sanctions against the country following Tehran's recent decision to no longer abide by the accord.

The three European countries were "left with no choice, given Iran's actions, but to register today our concerns that Iran is not meeting its commitments" under the nuclear deal also involving China and Russia, their foreign ministers said in a joint statement.

Iran said earlier this month that it was no longer abiding by uranium enrichment limitations under the 2015 multilateral agreement, following the U.S. killing of a top Iranian commander. 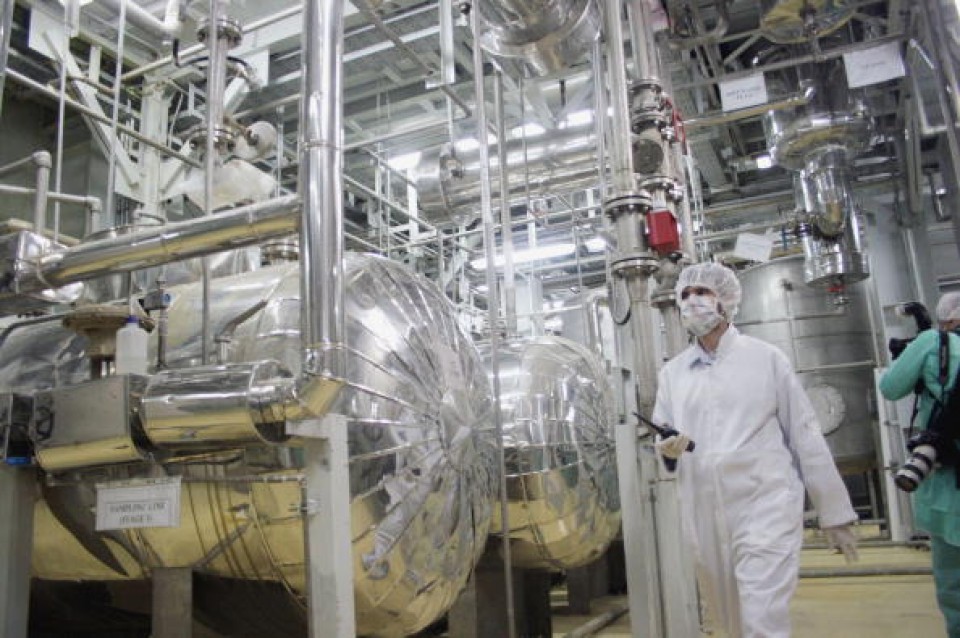 (A worker walks inside of an uranium conversion facility March 30, 2005 just outside the city of Isfahan, Iran.)
[Getty/Kyodo]

"Our three countries are not joining a campaign to implement maximum pressure against Iran" and are still hoping to preserve the agreement, the ministers said.

An Iranian government source said the decision is unjust as the three countries have not fulfilled their promise that the limitations brought about by the nuclear deal would reap economic benefits for the country.

The Middle East country has been reeling from economy-crippling sanctions reinstated following the 2018 U.S. withdrawal from the accord designed to reduce Iran's nuclear activities in return for the lifting of sanctions.