Japanese living in the Chinese capital are not all of the same mind when it comes to the threat posed by a new pneumonia-causing coronavirus that has claimed over 100 lives since it was detected late last year in the central city of Wuhan.

Some are optimistic that the virus can be contained soon as the Chinese government has taken drastic steps to curb the contagion and most Beijing residents are wearing masks everywhere from the experience of the 2002-2003 SARS pandemic that killed 774 people.

But fears linger that infections of the mysterious, deadly virus will spread in the city, with some arguing that consciousness about good hygiene practices among Chinese remains low given that public facilities like toilets are not necessarily kept clean. 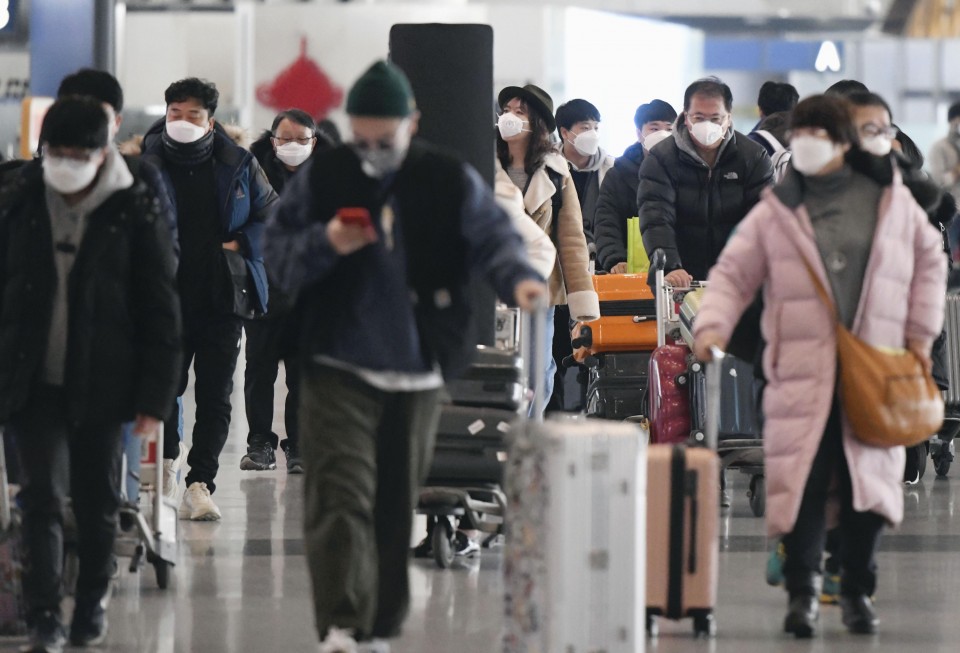 Major avenues, normally teeming with pedestrians, bicyclers and vehicles, are almost deserted, with security guards outside buildings wearing masks. Many tourist sites, usually filled with visitors for the Lunar New Year holidays, are shut down, after the government urged the public to avoid crowds.

Miaohui, or temple fairs -- a time-honored tradition for Chinese during the weeklong Spring Festival -- have been canceled, while the Palace Museum, known as the Forbidden City, is closed. A taxi driver said, "We have few passengers so far this year."

Municipal authorities in Beijing have also decided to postpone the end of school holidays currently under way for the New Year's celebration, prompting a large number of Japanese employees to return their families to their home country.

A researcher at a Japanese pharmaceutical maker operating in the capital said, "Chinese people are trying to prevent infection of the new virus, using the SARS epidemic as a lesson. I think the virus may not expand so rapidly ahead, at least in Beijing."

The number of patients confirmed to be infected with the new coronavirus has exceeded 100 in Beijing but the pace of the increase has apparently become slower in recent days, the researcher said, adding this might be the result of precautions.

Another employee at a Japanese electronics company, who has worked from home in Beijing since earlier this week, said, "People here have been used to wearing masks due to air pollution. Ironically, this is lucky for us." In the capital, masks have sold out at many stores.

Coronaviruses generally cause common cold-like symptoms affecting the nose, sinuses or upper throat, and are spread through sneezing, coughing or direct contact. Wearing a mask and washing hands are regarded as effective ways to prevent the infection.

Outside Beijing, public transportation services have been already suspended in Wuhan -- an international business hub with a population of over 11 million -- and nearby cities have followed suit. Wuhan is located about 1,000 kilometers south of Beijing.

Starting Monday, the Chinese government also banned all outgoing group travel abroad in an attempt to stop a global pandemic of the virus, which has been found to transmit between humans, as President Xi Jinping has pledged to make every effort to combat it.

"China has implemented aggressive and unprecedented measures to thwart infection. We hope that the situation will turn around in the not-so-distant future," Hiromi Nagae, a 36-year-old housewife living in Beijing, said.

Japanese who have resided in China for decades, however, are pessimistic about the outbreak of the new virus, pointing out that many Chinese are disinclined to keep public places clean.

"For example, Chinese people still think toilets are by their very nature unhygienic places. Even in hospitals in Beijing, toilets are very dirty," said Yukihiro Yoshimura, a 40-year-old businessman who has lived in the capital for nearly 20 years.

"Moreover, they don't have a custom to wash their hands. It is natural for a virus to spread in this country," he said.

"Eventually, we have to protect ourselves by washing our hands, gargling and wearing masks" as preventive steps as influenza and colds are common at this time of year, Yoshimura added.

On Wednesday, official media reported that confirmed cases of infections from the new coronavirus have topped 6,000 in mainland China, surpassing the number affected there during the SARS epidemic. The SARS virus infected 5,327 people here.