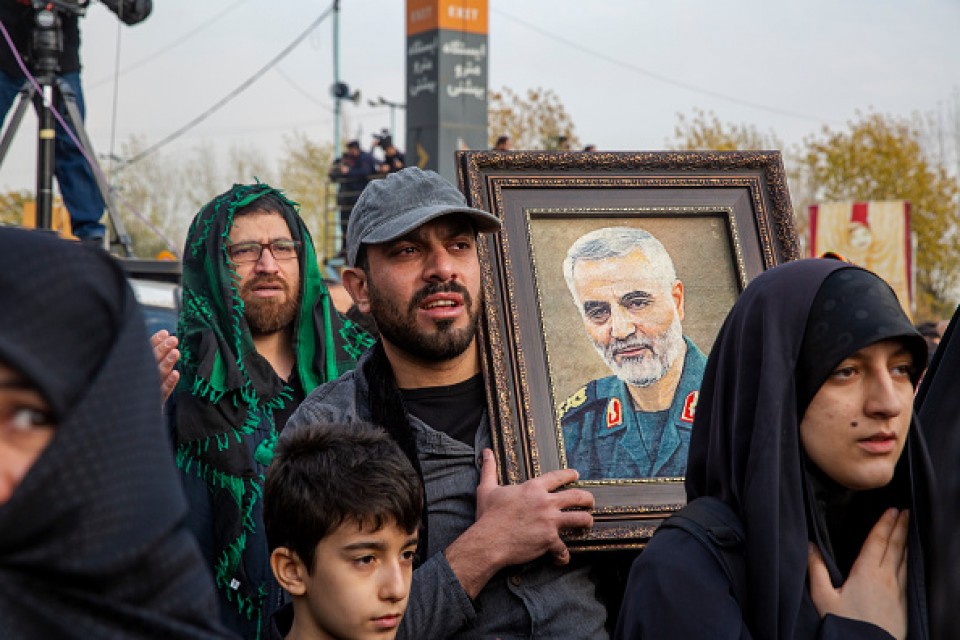 U.S. forces conducted an airstrike on vehicles in Baghdad early Friday, killing top Iranian commander Qasem Soleimani along with several others, in a move that is certain to escalate tensions in the Middle East.

The Defense Department said in a statement that the attack was at the direction of U.S. President Donald Trump and "the U.S. military has taken decisive defensive action to protect U.S. personnel abroad."

Speaking to reporters in Florida, Trump justified the military operation against Soleimani, saying the Iranian commander had been "plotting imminent and sinister attacks on American diplomats and military personnel."

"We took action last night to stop a war. We did not take action to start a war," Trump said. While expressing "deep respect" for the Iranian people, the president said Iran's aggression in the region "must end now."

Soleimani was the head of the Iranian Revolutionary Guard Corps-Quds Force, a U.S. designated terrorist organization, according to the Pentagon.

The Iranian commander "was actively developing plans to attack American diplomats and service members in Iraq and throughout the region" and he and his forces "were responsible for the deaths of hundreds of American and coalition service members and the wounding of thousands more," the Pentagon statement said.

The U.S. military used a drone to carry out the airstrike on the vehicles, U.S. media reported.

Noting that U.N. Secretary General Antonio Guterres is "deeply concerned with the recent escalation," Farhan Haq, deputy spokesman for the U.N. chief, said in a statement, "This is a moment in which leaders must exercise maximum restraint."

"The world cannot afford another war in the Gulf," he added.

Meanwhile, U.S. Secretary of State Mike Pompeo spoke by phone with foreign ministers or others in several countries including China and Russia and stressed that the United States remains committed to de-escalation, according to the State Department.

U.S.-Iran relations have been strained over a 2015 multilateral nuclear deal from which the United States withdrew in 2018.

The Trump administration has imposed sanctions on Tehran in a bid to negotiate a tougher deal that would address concerns over Iran's nuclear activities, ballistic missile programs and other issues.

Iran announced in September last year that it had exceeded the limit set under the nuclear deal on the amount of low-enriched uranium it could possess.