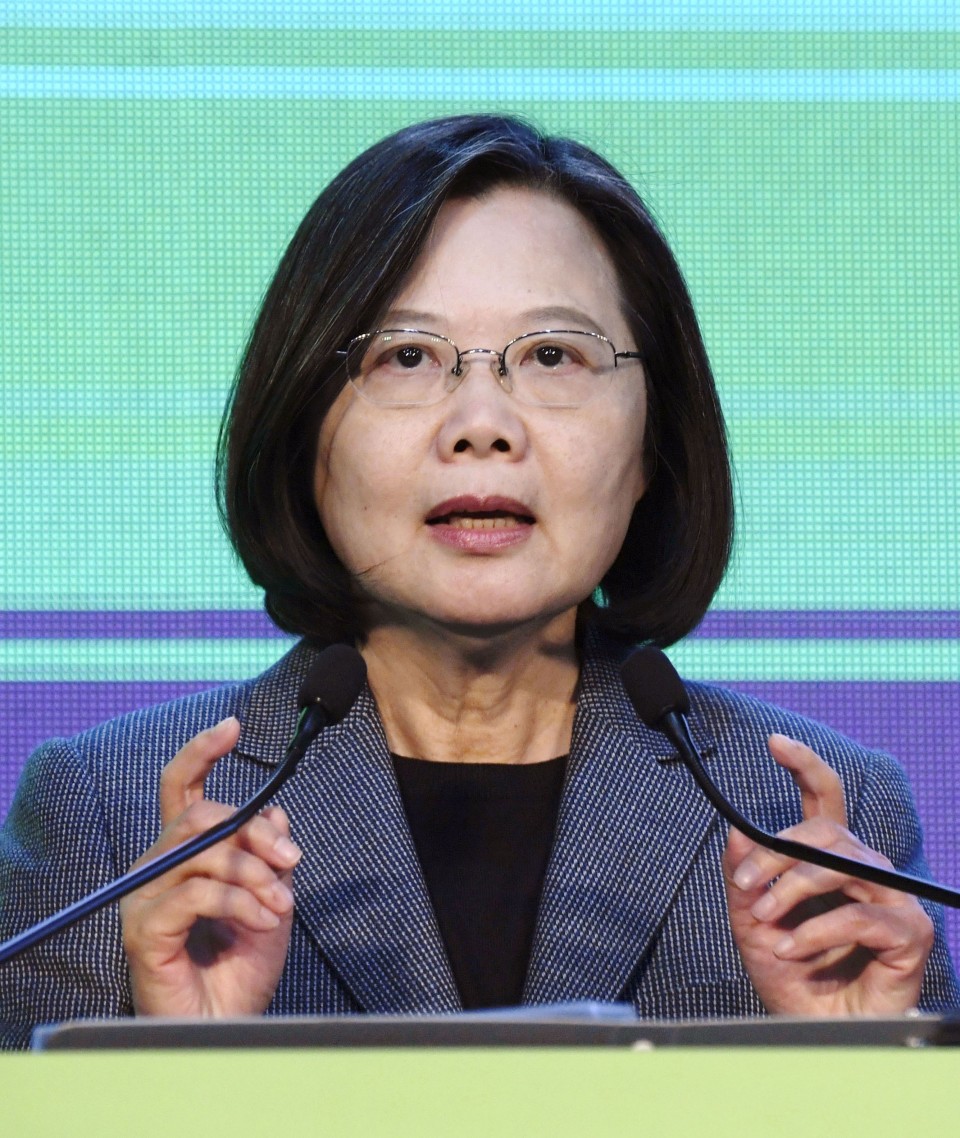 TAIPEI - Taiwan's Tsai Ing-wen of the independence-leaning Democratic Progressive Party won a second term in Saturday's presidential election, defeating her main rival by a wide margin and setting the stage for a continued standoff with rival China.

Han Kuo-yu of the pro-unification Nationalist Party (KMT) garnered around 5.5 million votes, it said at a press conference.

Voter turnout was 74.9 percent of the island's 19 million eligible voters, the commission said.

DPP candidates also retained its majority in the island's legislature, it said, pointing to her party's continued dominance for the next four years.

Speaking at an international press conference at the DPP's campaign headquarters in Taipei, Tsai said the election result sent a clear signal to Beijing that democratic Taiwan and its popularly elected government will never succumb to China's intimidation.

She pledged to continue reforms and strengthen national security.

On relations with China, she said both sides have a responsibility to ensure peace and stability across the Taiwan Strait.

"Democratically elected governments do not succumb to intimidation or extortion," she said, calling on China, which regards Taiwan as a wayward province, to stop threatening to retake the island.

In her speech, Tsai also called on all voters to unify "under the banner of democracy" and expressed determination to "never betray" the expectations of those who voted for her and her party.

In the vicinity of the DPP headquarters, elated supporters waved flags and shouted "Victory!"

More than a few appeared to have voted for Tsai in reaction to the ongoing pro-democracy protests in Hong Kong, as evidenced by the chant "Go Hong Kong!" that was raised at one point. 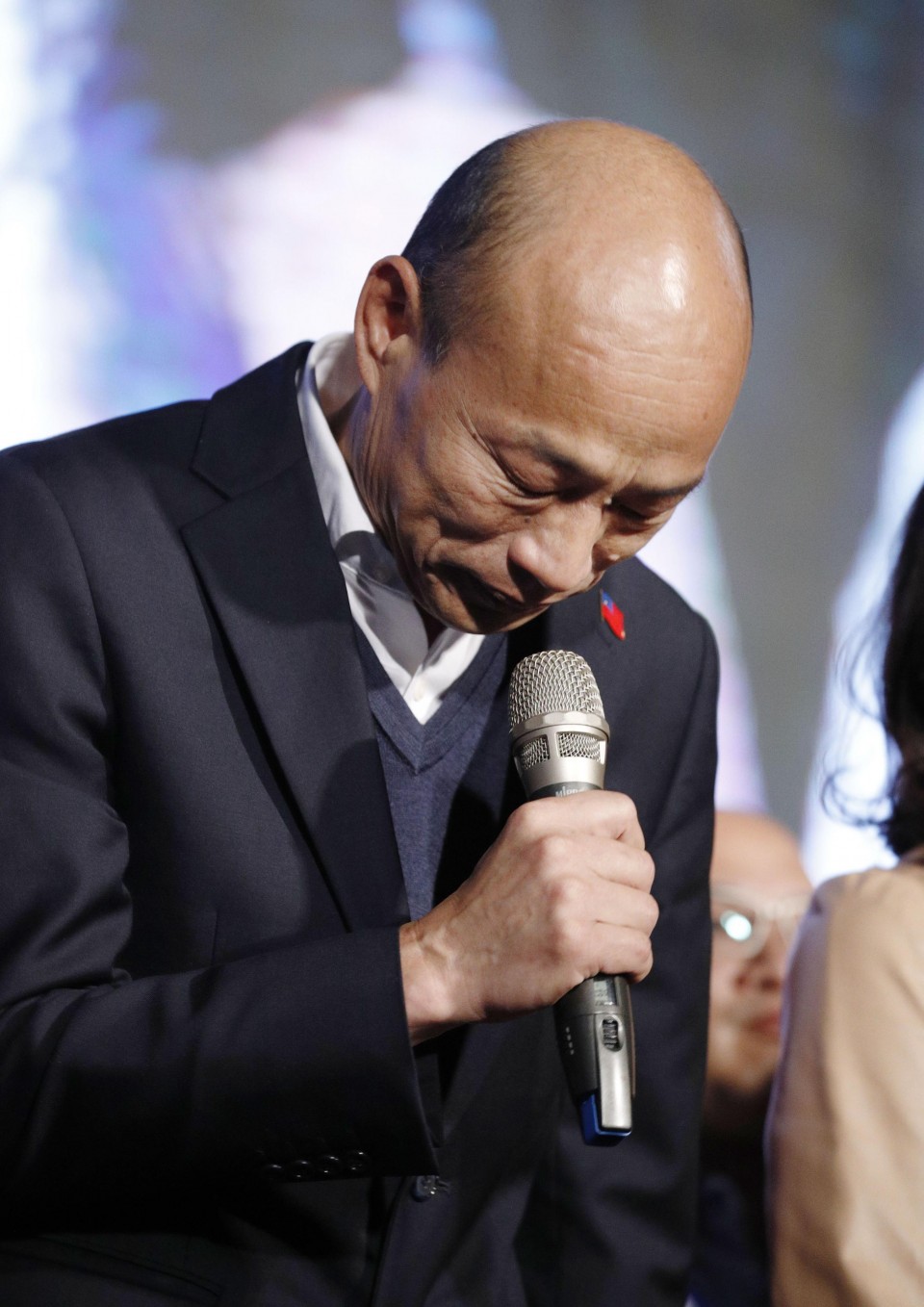 Earlier in the evening Han, 62, conceded defeat, saying he called Tsai to congratulate her on her victory.

In a speech at his campaign headquarters in the southern city of Kaohsiung, Han, 62, bowed his head to the assembled supporters and said his efforts fell short.

He also urged Tsai to work for the welfare of the people of Taiwan in her second term.

As for himself, Han said he will return to work as Kaohsiung mayor on Monday.

At the headquarters, where a somber mood had descended, a Han supporter speaking on the stage told the assembled crowd that crying would solve nothing.

"The party needs to know what went wrong and why voters don't identify with the KMT. If hope is lost, it would be the worst defeat," he said.

The sweeping defeat of the KMT forced Wu Den-yih to resign as party chairman. 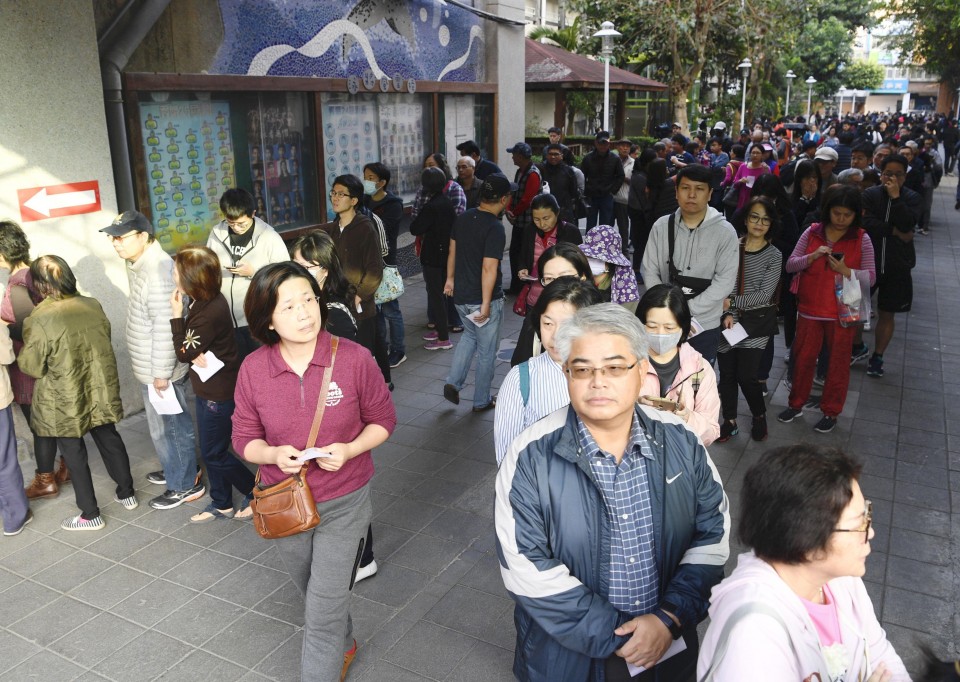 (People wait in line to vote in Taiwan's presidential and legislative elections on Jan. 11, 2020.)

In the legislative election, the DPP secured 61 seats, retaining its majority in the 113 chamber but down from 68 in 2016, according to the CEC. The KMT won 38 seats, up three seats from the last election, while smaller parties and independents won 14. 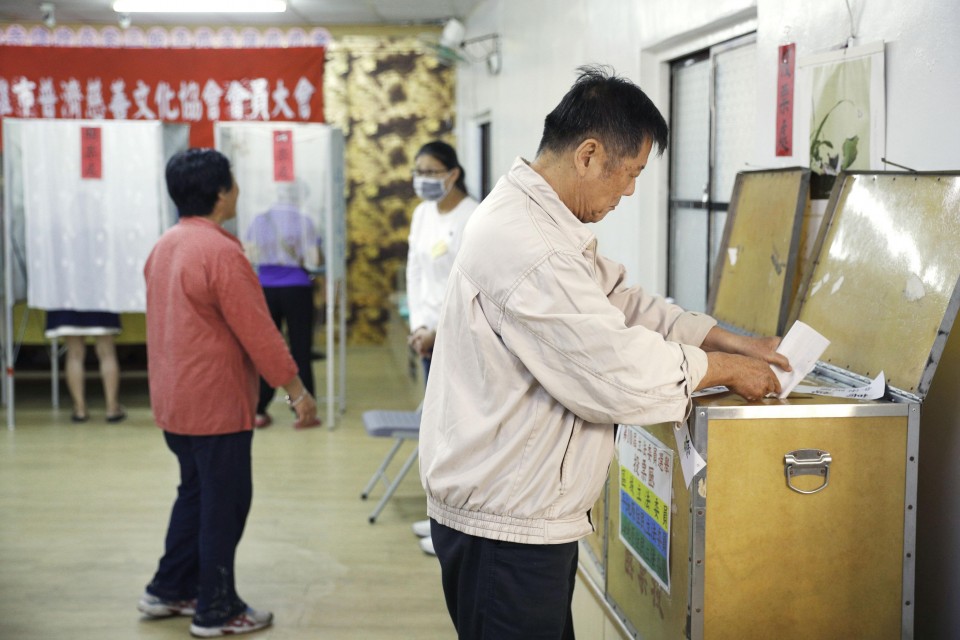