U.N. Secretary General Antonio Guterres said Monday that geopolitical tensions are "at their highest level this century" as the situation in the Middle East appears to be deteriorating in the wake of a U.S. airstrike that killed a key Iranian commander last week.

Referring to trade and technological conflicts as well as other global concerns such as climate change, Guterres said in a statement, "My message is simple and clear. Stop escalation. Exercise maximum restraint. Restart dialogue. Renew international cooperation."

"This cauldron of tensions is leading more and more countries to take unpredicted decisions with unpredictable consequences and a profound risk of miscalculation," the U.N. chief said. 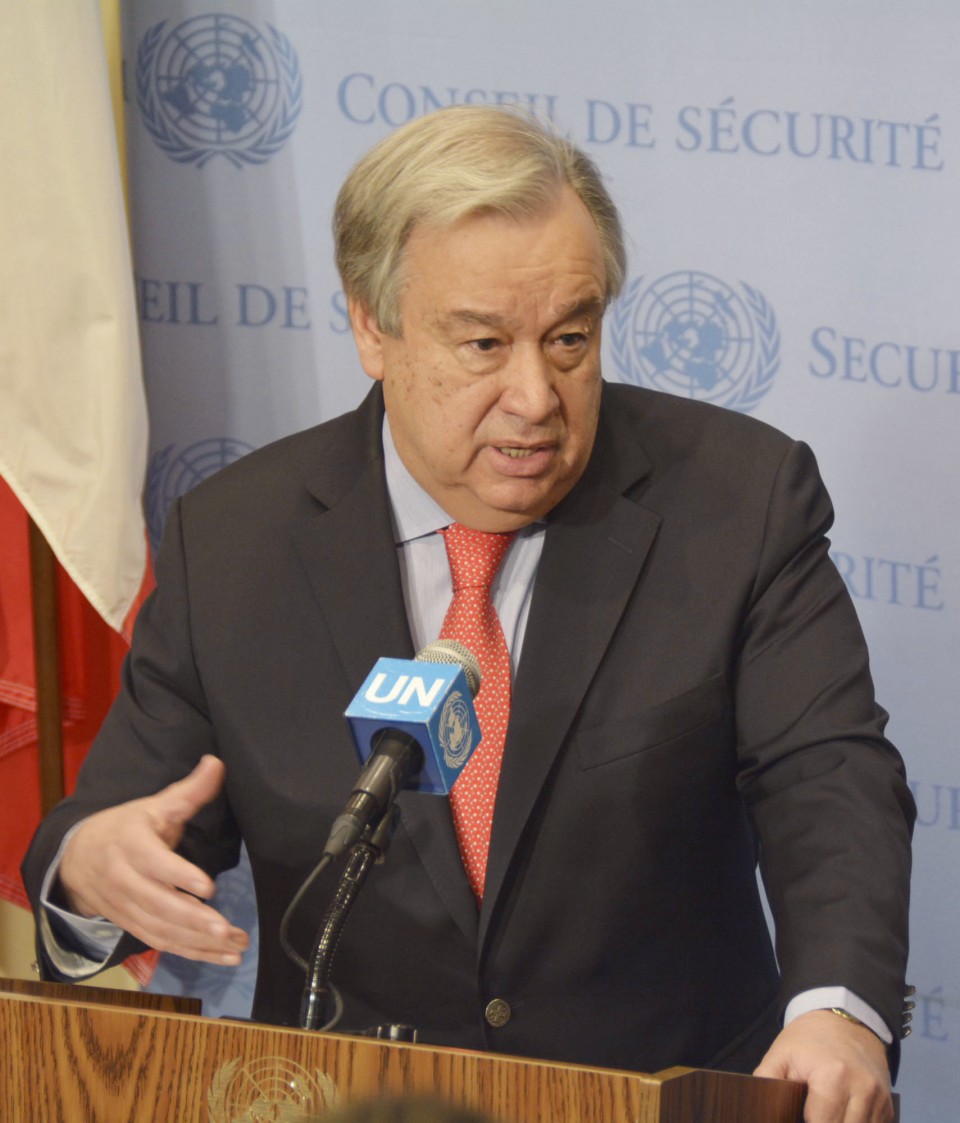 The statement comes after U.S. forces conducted an airstrike on vehicles in Baghdad on Friday, killing top Iranian commander Qasem Soleimani along with several others.

While President Donald Trump justified the military operation as a step to protect U.S. personnel abroad and not meant to start a war, Iran vowed to take revenge, fueling geopolitical concerns in the region and rattling financial markets.

U.S.-Iran relations have been strained over a 2015 multilateral nuclear deal from which the United States withdrew in 2018.

The Trump administration has imposed sanctions on Tehran in a bid to negotiate a tougher deal that would address concerns over Iran's nuclear and missile programs.

But Iran said Sunday it is going ahead with unrestricted uranium enrichment in what will be its fifth step toward leaving the nuclear deal.