When it came time for Sydney-based brother and sister BMX riders Kai and Saya Sakakibara to decide which country they would represent as athletes, the Olympic hopefuls were spoilt for choice.

Born in Australia's Gold Coast to a Japanese mother and British father, and having lived in Japan during their early childhood, the siblings could have chosen any of the three countries to further their athletic careers.

But 23-year-old Kai and 20-year-old Saya were especially torn over their bond between Japan and Australia.

"I wrestled with that a lot," said Kai, who is ranked ninth on the world rankings.

"I lived in Japan for six years, and culturally I feel very Japanese." 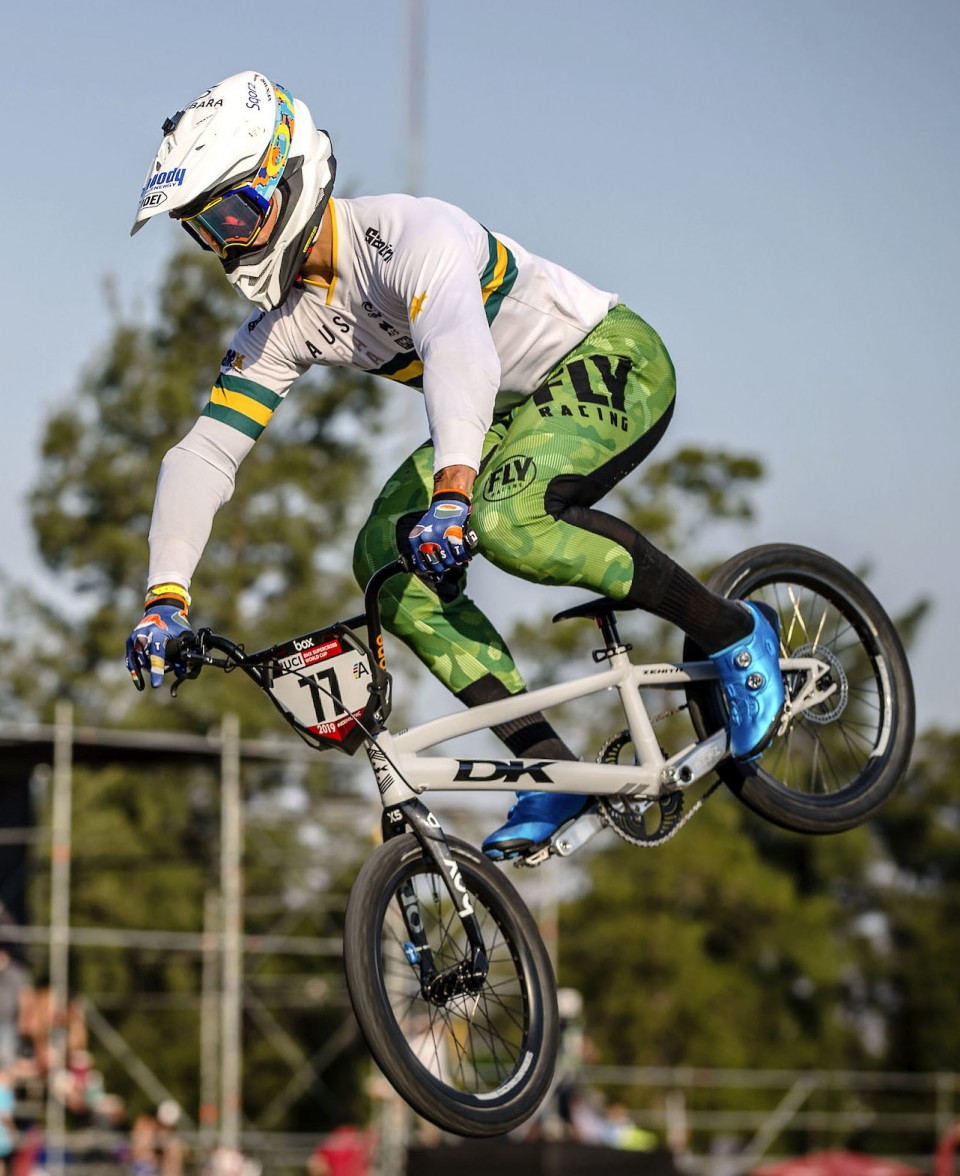 Together with their parents, Kai and Saya lived in Fuchu city in western Tokyo from 2001 to 2007, making friends at kindergarten and joining a primary school baseball team.

World No. 2 Saya talks about going "home" when discussing visiting family and friends in Japan.

"I am Australian but part of me will always be Japanese," she said.

With their hopes set on making their Olympic debuts in Tokyo this year, the siblings chose to represent Australia as they felt the more competitive training environment would give them a greater edge on the global stage.

"The level of competition in Australia is much higher than in Japan. There are more riders and because of that stronger riders develop," said Kai, explaining that BMX racing is still a fledgling sport in Japan, with many Japanese athletes forced to train in better resourced countries in Europe or the United States.

"Had I chosen to represent Japan, I wonder if I would have been able to reach the same level of ability?" 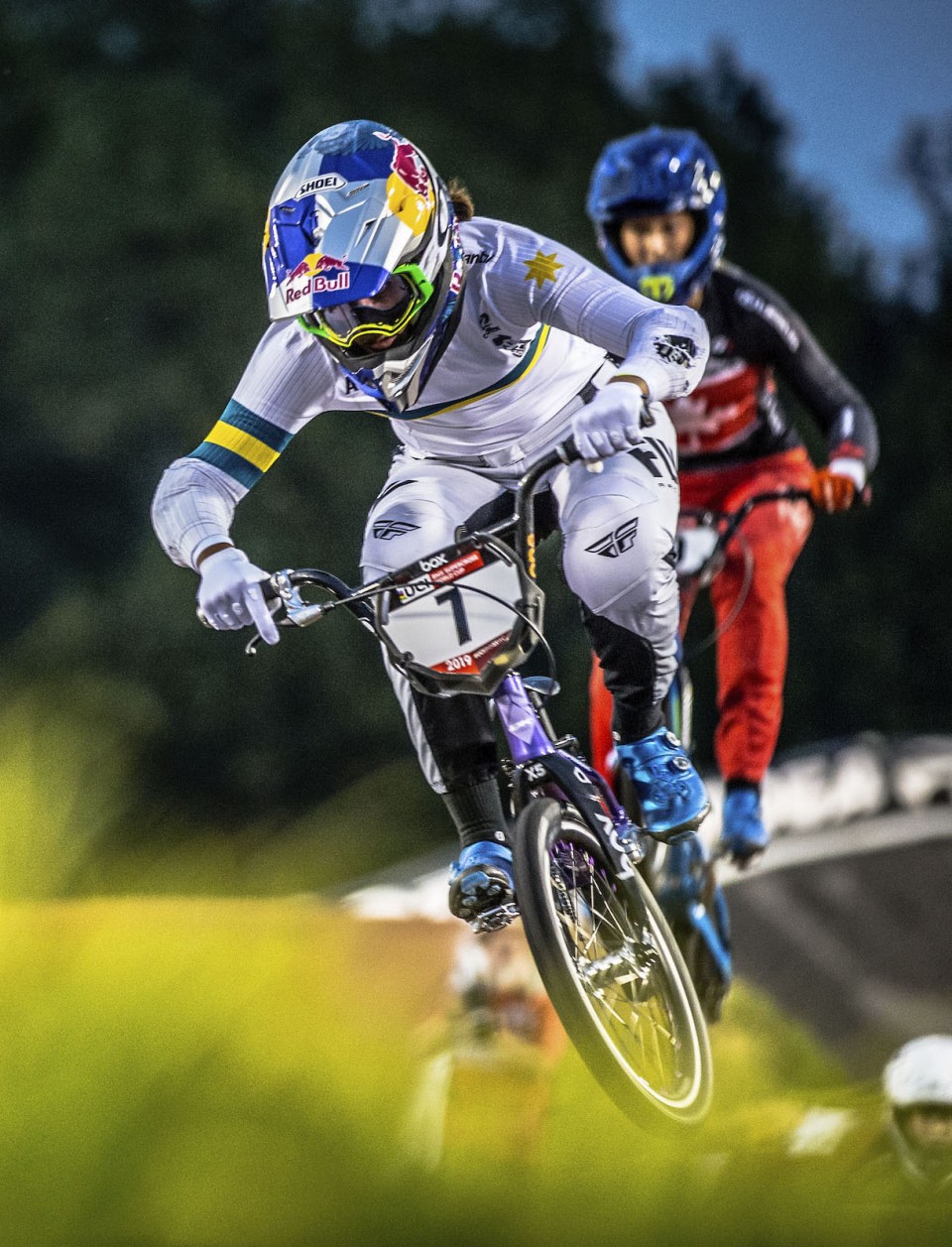 Kai was introduced to cycling when he received his first set of wheels as a toddler, and the hobby quickly fueled his competitive spirit.

"I loved riding bikes and racing people on bikes. I would slam on the rear brakes and make all this dust fly about," he said, recalling riding on a BMX course near his preschool in the Gold Coast.

After the family moved to Japan in 2001, Saya's parents bought the then 4-year-old her first BMX bike with hopes she would ride with her older brother. But it was a shaky start.

"At the beginning I wasn't really interested. In fact, in my first race I kept falling over at the same jump and I went home crying," Saya said.

Eventually, after a long hiatus Saya went back to BMX, and she has been riding ever since.

"I don't think there are many other sports that require so many skills for one event. Skills like jumping, building speed, controlling the bike," she said. 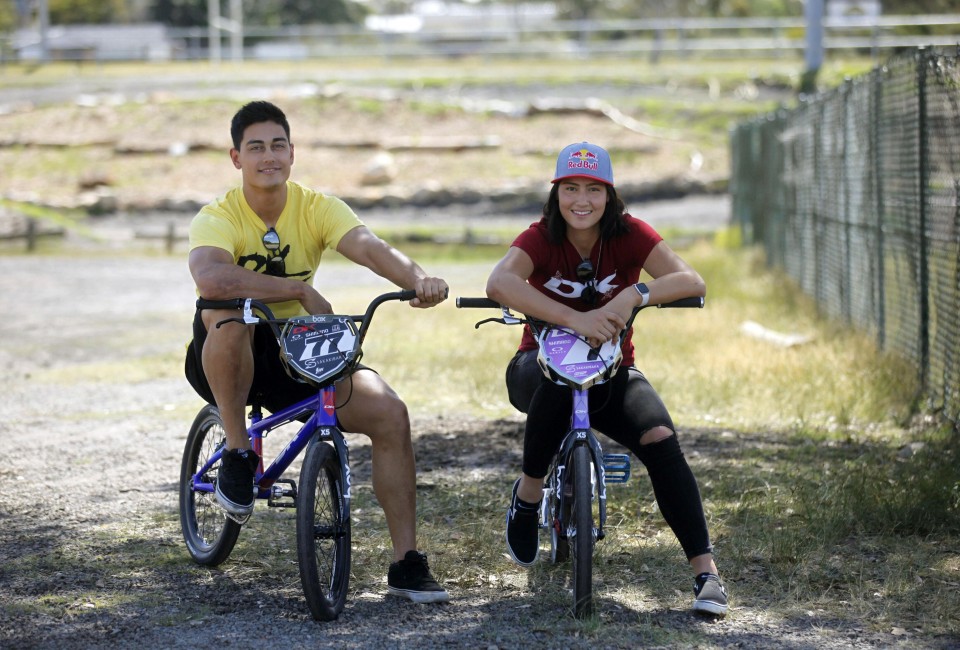 "I think the fact that there are always different challenges makes it really fun."

Since returning to Australia, the Sakakibara siblings are rarely apart, almost always training and traveling to competitions as a duo.

Kai says the difference in their personalities means the pair make good teammates who are able to draw on each other's strengths.

"I'm fairly anxious by nature. I take things seriously but when things don't go well I get upset," he said. "By contrast, Saya is quite relaxed and laid back, so she calms me down, tells me it's okay. Because we have a different mentality, I think it's a good balance."

While the Australian BMX Olympic team is yet to be decided, the Sakakibaras are especially hopeful they will be able to compete at the 2020 games, as it would mean their Olympic debut will be in their old hometown.

"Japan, and Tokyo specifically, is a big part of who I am, so for the Olympics to happen there I feel I have to be part of it," said Kai.

For Saya, who also enjoys a large fan base in Japan, the Olympics are an opportunity for her to make fans from both Australia and Japan proud, and she hopes it will help further the popularity of BMX racing.

"I get to represent both countries in a sport that I love," she said.