The World Health Organization's declaration of the ongoing coronavirus outbreak as a global emergency is likely to deal a blow to Japan, with analysts pointing out the fragile economy has increasingly benefited from big spending by inbound travelers.

Japan's 2020 gross domestic product could be pushed down by 0.45 percentage point, or 2.48 trillion yen ($22.7 billion), if the deadly pneumonia-causing virus's impact on the number of inbound travelers continues for a year, according to Takahide Kiuchi, executive economist at Nomura Research Institute. 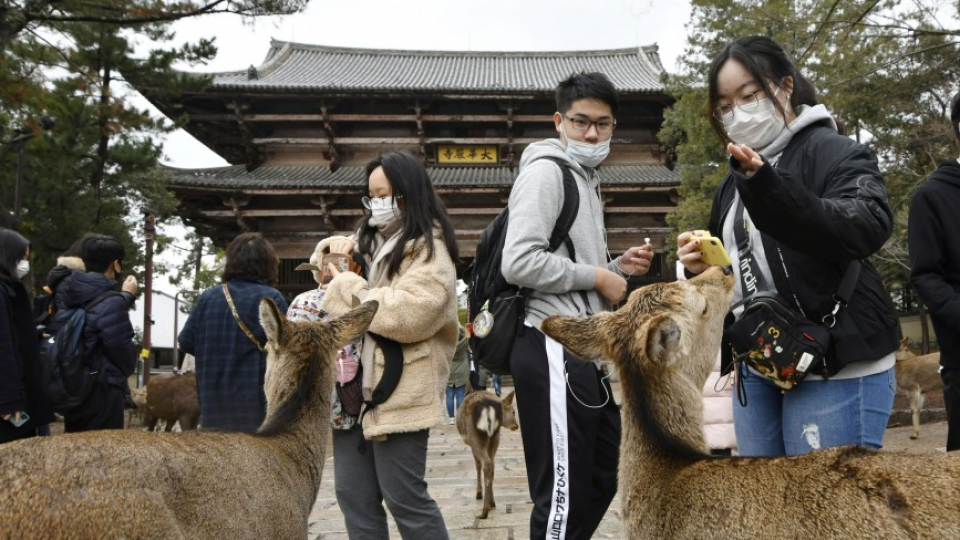 If the disease that is spreading globally is contained in a relatively short period -- roughly several months -- the cut in Japanese growth would be 0.14 point or 776 billion yen, the former Bank of Japan policymaker said.

The WHO said Thursday the situation constitutes a Public Health Emergency of International Concern, or PHEIC, in a move that will enable enhanced international cooperation to contain the spread of the disease. But it did not recommend any measures to restrict international travel and trade.

Aside from the expected decrease in inbound travelers, "falls in private spending by Japanese consumers, a slowdown in companies' manufacturing activities and the global economy" could be additional factors when estimating the impact of the virus on the Japanese economy, Kiuchi said.

The estimates, made before the WHO declaration, were based on a scenario in which visitor numbers fall at the same pace as they did during the 2002-2003 SARS outbreak. In May 2003, the overall number of inbound visitors plunged 34.2 percent.

The number of confirmed coronavirus cases in China has eclipsed 9,600, with the illness spreading to other parts of the world. The total number of people infected has already exceeded that during the SARS pandemic, according to Chinese authorities.

Analysts say the economic impact on Japan could be larger this time compared to that during the SARS outbreak because inbound consumption accounted for 0.8 percent of GDP in 2019, up sharply from only 0.1 percent in 2002.

"We note that activity in the services sector already faces headwinds from a decrease in tourists from (South) Korea due to deteriorating (bilateral) relations as well as the October consumption tax hike" from 8 percent to 10 percent in Japan, he said.

The number of Chinese travelers jumped to 9.59 million last year, more than a 20-fold increase from 2003, buoyed by the gradual easing of visa requirements.

Chinese tourists at present account for 30 percent of the total number of foreign visitors to Japan and have been the largest group since 2015.

More recently, they helped make up for falls in travelers from South Korea amid worsened ties between Tokyo and Seoul over disputes on wartime labor compensation and trade. 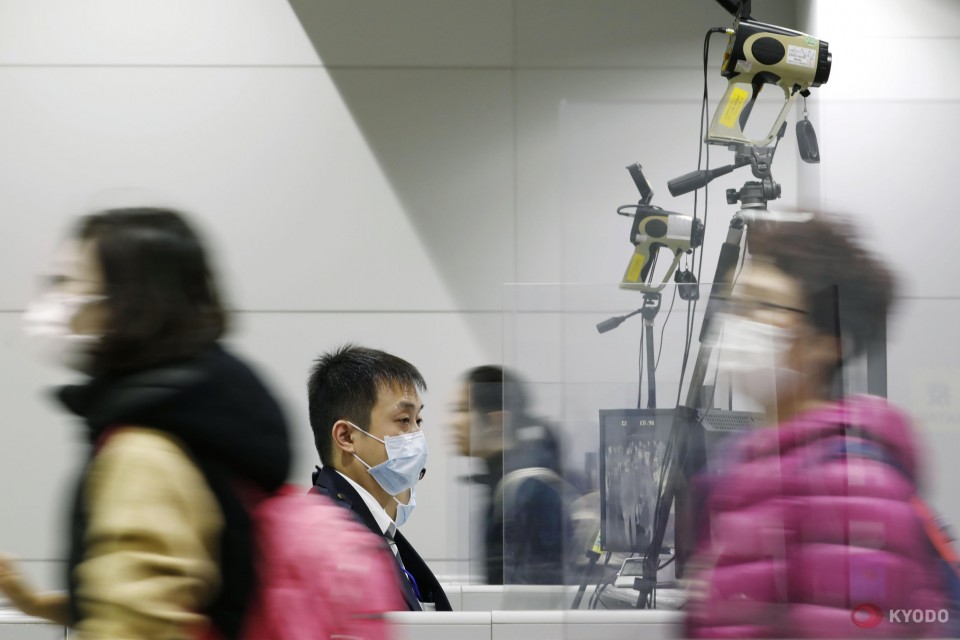 Maeda expects that going into the second half of 2020, net exports could "turn substantially positive" as a drag on inbound tourist consumption fades, and the capital will host the Tokyo Olympics and Paralympics in the summer.

But until then, the coronavirus crisis is another negative factor to the economy, he said. Japan's GDP grew an annualized real 1.8 percent in the July-September quarter but is expected to turn negative in the October-December period due to substantial falls in consumer spending.

Analysts at SMBC Nikko Capital Securities Co. said that for the January to March period, a slowdown in Chinese and global economic growth due to the virus outbreak may lead to a 0.3 point fall in Japan's GDP.

"The issue of the new strain of coronavirus will compress the Japanese economy, which has been affected by the still existing (China-U.S.) trade frictions and the consumption tax hike," SMBC Nikko economists said in a report.

Japan's retail, tourism and transport sectors have already been hit by fewer customers since China imposed a ban on all outbound group travel on Monday to prevent the spread of the virus.

ANA Holdings Inc. said Thursday that seat reservations for its flights from China to Japan next month have halved from a year earlier, due to the spread of the deadly virus.

Toyota Motor Corp. and Honda Motor Co. have decided to extend factory suspensions in China beyond the Lunar New Year holidays, due to requests by local governments.

More Japanese evacuated from virus-hit Wuhan as WHO declares emergency

U.S. urges citizens not to travel to China amid spread of virus