Naomi Osaka began her bid to retain her Australian Open title by defeating Czech Marie Bouzkova 6-2, 6-4 in the tournament's center court opener in Melbourne on Monday.

The 22-year-old Japanese-Haitian, who beat former world No. 2 Petra Kvitova to claim the women's singles trophy a year ago, was tested by a player one year her junior and making her Australian Open main draw debut.

Osaka displayed the best and worst of her game in the 80-minute match at Rod Laver Arena.

Osaka, dressed predominantly in white, went on a run of five straight games to close out the first set in windy conditions. But the second stanza was tighter, with Osaka giving up a break to go 4-2 behind thanks to a wild unforced error at an inopportune moment.

With more and more unforced errors creeping in, it looked like the world No. 59 ranked Bouzkova could even the first match between the two at one set apiece, but Osaka stepped up like a two-time Grand Slam champion should to immediately break back and reel off the last four games. 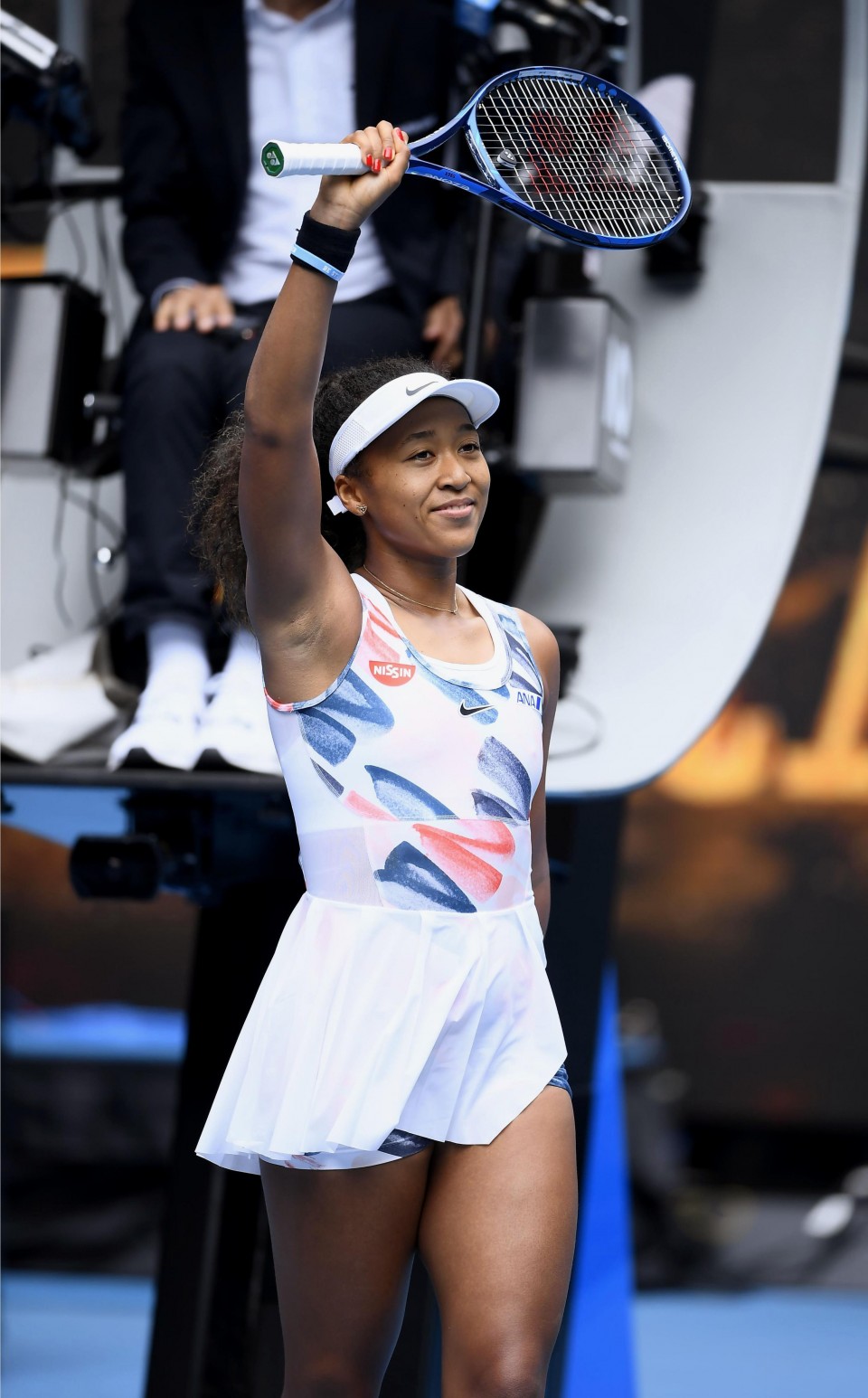 (Naomi Osaka of Japan acknowledges the crowd after beating Marie Bouzkova of the Czech Republic in the first round of the Australian Open in Melbourne on Jan. 20, 2020.)

"It was really tough for me, trying to control my nerves. I was really glad to finish it in two," Osaka said during her on-court interview.

"I've never played her before, and it's tough to play someone you've never played in the first round of a Grand Slam. Oh my god, she's younger than me. So that's really tough too," she said.

Osaka hired Wim Fissette as her new coach ahead of her Australian Open defense. The Belgian is her fourth coach in less than a year.

"We'll see how far I go in this tournament," said the third-seeded Osaka, who next faces China's world No. 42 Zheng Saisai.