The official uniforms of the Japanese national team to be worn by athletes at the Olympic and Paralympic Games this summer were unveiled on Thursday, the day before the start of the six-month countdown to the opening ceremony. 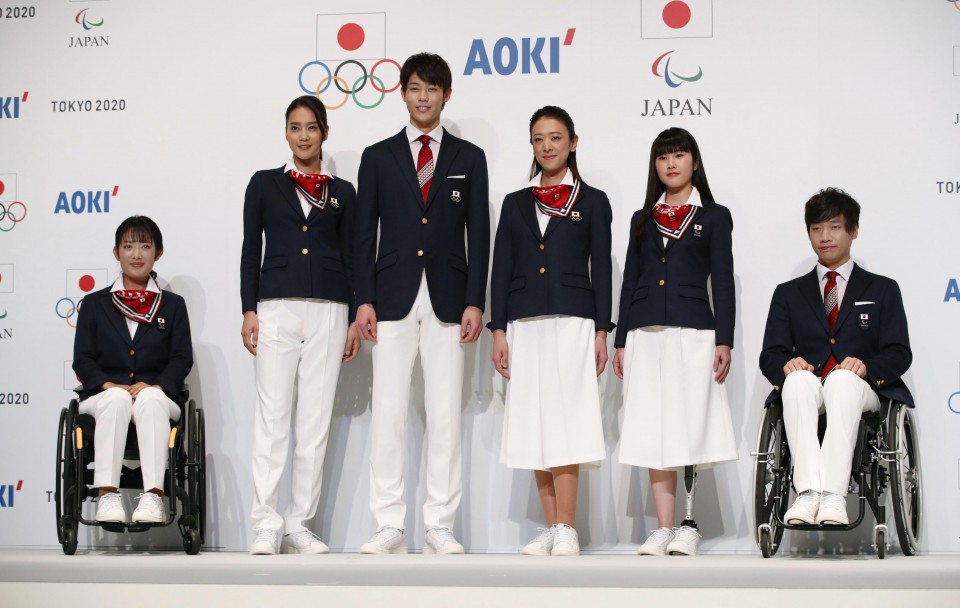 Also revealed was a second type of ceremonial uniform -- a navy blazer and white pants or culottes combination -- for other events, such as the delegation's inaugural ceremony.

For the first time, Japan's Olympic and Paralympic athletes will wear the same uniforms when they march in their respective opening ceremonies, in Tokyo's rebuilt National Stadium. The inclusive design is meant to reflect the Games' spirit, values and commitment toward an inclusive society.