Britain's Prince Harry said Sunday he and his wife Meghan had "no other option" but to step back following the agreement that the couple will pull back from official duties.

The prince said in a fundraising event in London he had initially hoped to "continue serving the Queen, the Commonwealth and my military associations" without public funding.

But "unfortunately that wasn't possible," Prince Harry said in his first speech since the sudden announcement of their future roles in the royal family earlier this month. 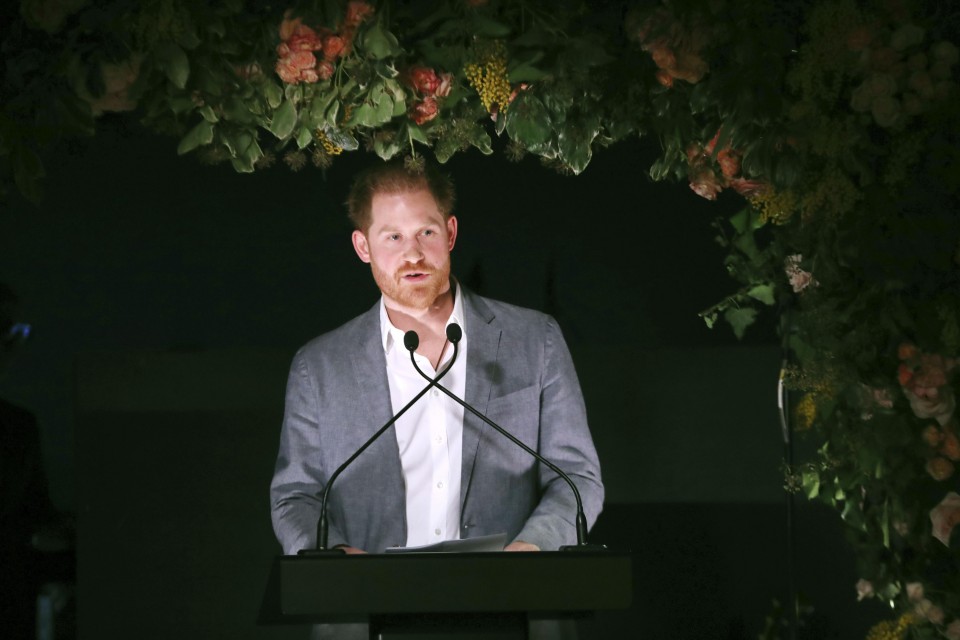 The couple agreed with Queen Elizabeth II on Saturday that they will step back from royal duties, no longer receive public funds and not use their "royal highness" titles, effective from the spring of 2020, Buckingham Palace said.

The queen said in a statement that she will support the couple's hope for a more independent life, following recent discussions with the family.

"Once Meghan and I were married, we were excited, we were hopeful and we were here to serve," Prince Harry said. Their decision to step back was therefore one of "great sadness," he added.

The couple made a surprise announcement on Jan. 8 that they would "step back as 'senior' members of the royal family and work to become financially independent," as they spend more time residing in Canada.

Prince Harry and the American actress, star of the TV legal drama "Suits," married in May 2018 in St. George's Chapel at Windsor Castle.

The couple had their first child, Archie Harrison Mountbatten-Windsor, in May 2019.