Iran apologizes to Ukraine for accidentally shooting down airliner

Ukrainian President Volodymyr Zelenskyy said Saturday that his Iranian counterpart Hassan Rouhani apologized for an incident in which his country's military accidentally shot down a Ukrainian airliner, promising to bring those responsible to justice.

Zelenskyy said in a publically-released video message after the phone call with Rouhani that the leaders agreed to jointly analyze flight recorders and discuss compensation for the families of the 176 people killed in the incident. 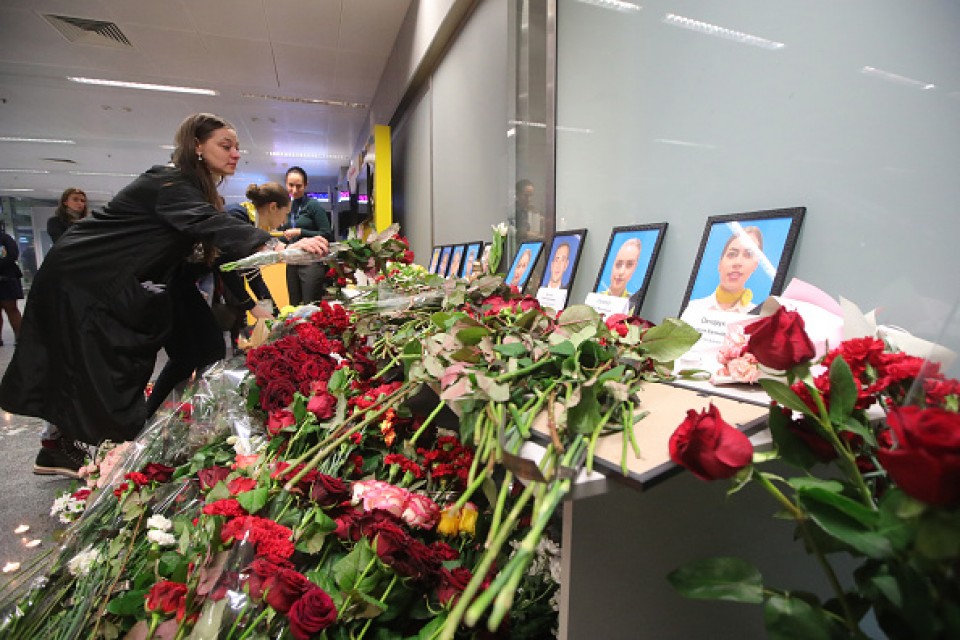 (A woman leaves flowers at the portraits of nine crew members who were among 176 people on board of the Ukraine International Airlines Boeing 737 killed in the Jan. 8, 2020 plane crash in Iran.)
[Barcroft Media/Getty/Kyodo]

Iran's military said the same day that it "unintentionally" shot down Ukraine International Airlines Flight 752, killing all aboard.

Iranian Foreign Minister Mohammad Javad Zarif offered "profound regrets, apologies and condolences" to all the victims in a tweet, adding that "human error at time of crisis caused by U.S. adventurism led to disaster."

The United States assassinated a high-ranking Iranian military general, Qassem Soleimani, with a drone strike in Iraq on Jan. 3 and Iran responded on Wednesday, just hours before the passenger jet was shot down, with missile strikes on U.S.-linked military targets in Iraq.

Most of the passengers were Iranian and Canadian, according to the Ukrainian government.