In a meeting with Abe in Muscat, Assaad bin Tariq Al Said, special representative for Oman's sultan, said he highly values Japan's efforts and the two agreed to work to safeguard shipping, according to the Japanese Foreign Ministry. 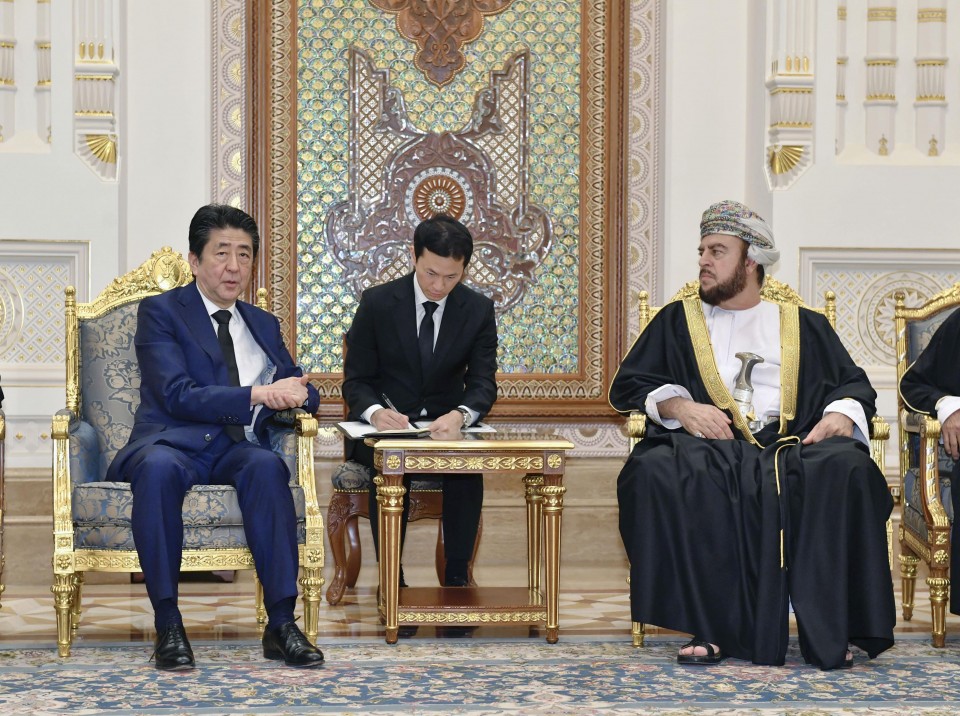 Fears of an open conflict have eased in recent days since U.S. President Donald Trump, in a restrained response, did not resort to further military action and instead chose fresh economic sanctions.

Japan and Oman have built friendly ties with Iran despite years of hostility between Tehran and Washington.

The Strait of Hormuz between Oman and Iran is a critical shipping lane and stability in the Middle East is vital for resource-scarce Japan, which gets about 90 percent of its oil imports from the region.

Abe is on a three-nation trip that has taken him to Saudi Arabia and the United Arab Emirates where he also secured support from their leaders for the deployment of a Japanese destroyer and reconnaissance planes to gather intelligence in areas in the Middle East.

The SDF dispatch is separate from a U.S.-led maritime security initiative and Japan is not sending SDF personnel or assets to the strait or the Persian Gulf.

The operational areas are the Gulf of Oman, the northern part of the Arabian Sea, and the Bab el-Mandeb Strait connecting the Red Sea and the Gulf of Aden.

Sultan Qaboos, the longest-serving ruler in the Arab world, died at the age of 79. He was believed to have promoted secret talks between Iran and the United States before a landmark 2015 nuclear deal was reached.

In 2018, Trump pulled the United States out of the deal designed to curb Iranian nuclear activities in exchange for the lifting of sanctions against Tehran. The United States has re-instated economy-crippling sanctions, leading Iran to breach the agreement and raising tensions between the longtime foes.