The 26-year-old will link with the club in the Top 14, the premier tier of French rugby, following the Top League season. 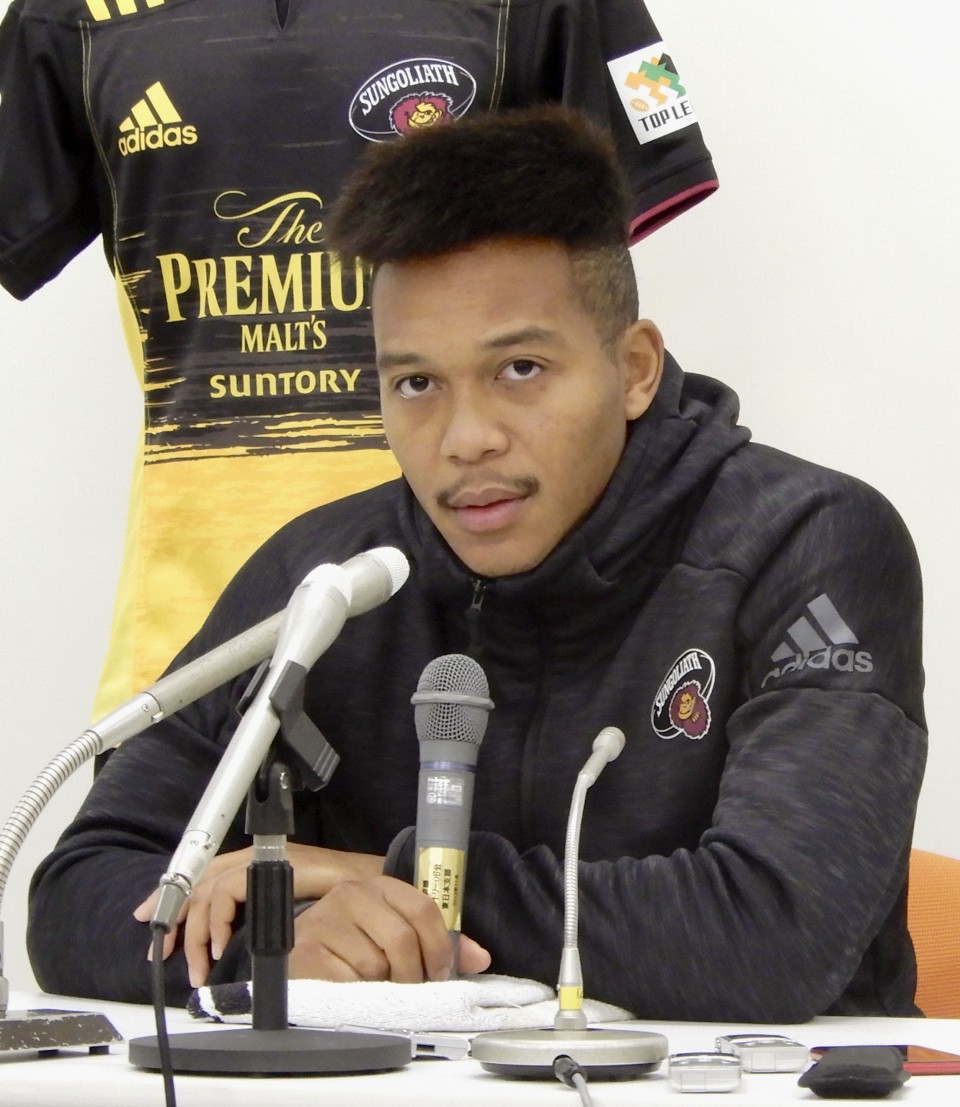 (Kotaro Matsushima tells reporters in Tokyo on Nov. 8, 2019, that he wants to play in a European league.)

In a statement from Suntory, Matushima said he wanted to test himself at the highest level possible in preparation for the 2023 Rugby World Cup.

"I want to compete at a high level, for a strong club where I'm needed," Matsushima said.

The speedy winger led the Brave Blossoms with five tries at the 2019 World Cup in Japan, helping the hosts reach the knockout stage for the first time.

Matsushima joined Sungoliath prior to the 2014 season after coming through the youth ranks with South African Super Rugby side the Sharks.