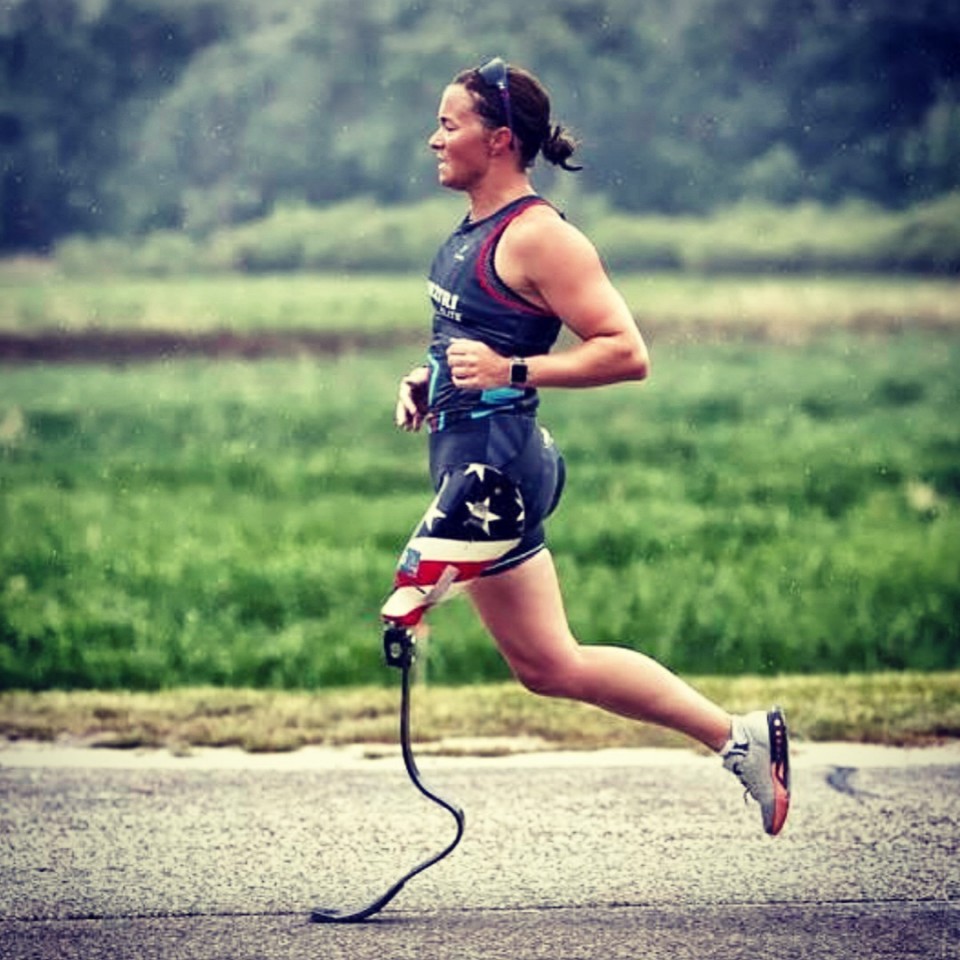 TOKYO - Sixty years since the first Paralympic Games in Rome, para sport is going back to its roots and helping military personnel through their traumatic transition to post-war life.

Melissa Stockwell, a former U.S. Army officer and two-time Paralympian, continues to share her inspiring story in which she lost most of her left leg to a roadside bomb in the Iraq War at the age of 24 but remains optimistic about her future.

After competing in swimming at the Beijing Paralympics in 2008, Stockwell switched to triathlon and won bronze at Rio 2016. And now, the mother of two is hoping the 2020 podium will become part of her story of service and triumph over difficulty.

"(My goal is) to make the team and be on the podium," Stockwell said in a recent interview via email. "My teammates Hailey Danz and Allysa Seely are hoping for a repeat of a U.S.A. sweep."

Stockwell, the first female American soldier to lose a limb in active combat, considers herself lucky to be alive and has refused to let losing a leg slow her down. 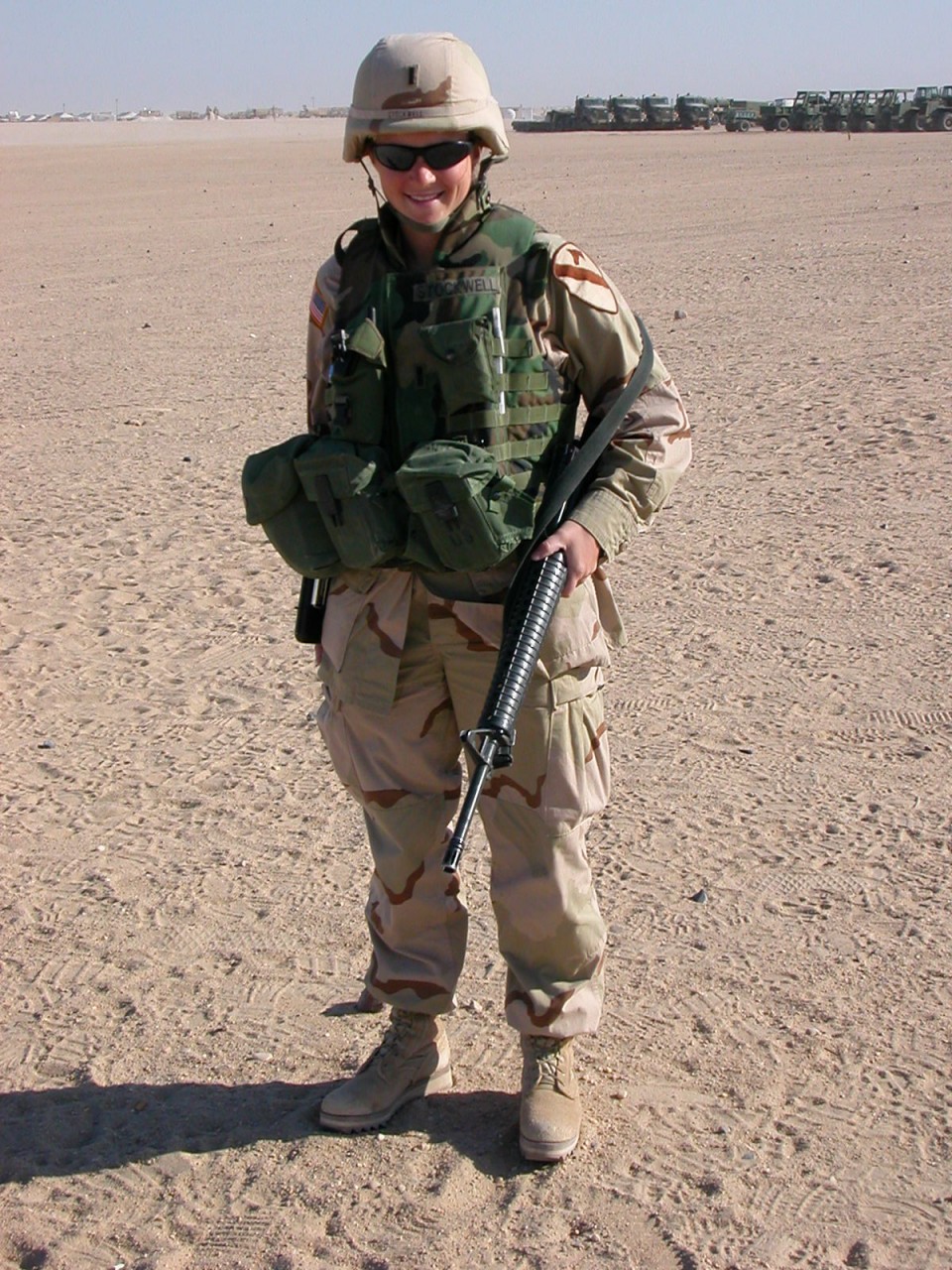 She is one of many military athletes who have improved their physical and mental quality of life through sports. Adaptive sports were created for this very reason -- to be used as physical therapy for wounded soldiers in the wake of World War II.

The pinnacle of many adaptive sports is the Paralympics, the event modified to meet the need of individuals with disabilities.

"(I want) to show the world that athletes with disabilities can perform at the highest level alongside Olympic athletes. (I want) to prove that having a disability doesn't have to stop you from doing the things you want to do," Stockwell said.

"Sports truly gave me my life back after losing my leg, and I think they are incredibly important for anyone, but especially someone who is trying to figure out what they can still do after a traumatic event like losing a limb."

At the Beijing Paralympics, Stockwell became the first Iraqi War veteran to ever qualify for the Games. Although she walked away without a medal, she was the U.S. flagbearer for the closing ceremony.

The next time she returned to the Paralympics, she used three different prosthetic legs during a triathlon race -- one for running, one for swimming and one for biking.

She shared a podium spot with Danz and Seely in triathlon's Paralympic debut when the United States claimed a clean sweep in the PT2 class.

The 39-year-old U.S. Army Purple Heart and Bronze Star recipient, who has won three consecutive triathlon world titles in 2010, 2011, and 2012, is currently training for the 2020 Paralympic Games in Tokyo.

She is one of 240 Olympic and Paralympic hopefuls supported by Japanese auto giant Toyota Motor Corp. as they push themselves to qualify for Tokyo 2020.

But to get to this point, she has traveled a long road.

In 2010, the U.S. Department of Defense organized the Warrior Games as an alternative way to enhance the recovery and rehabilitation of wounded, ill, and injured service members and veterans. 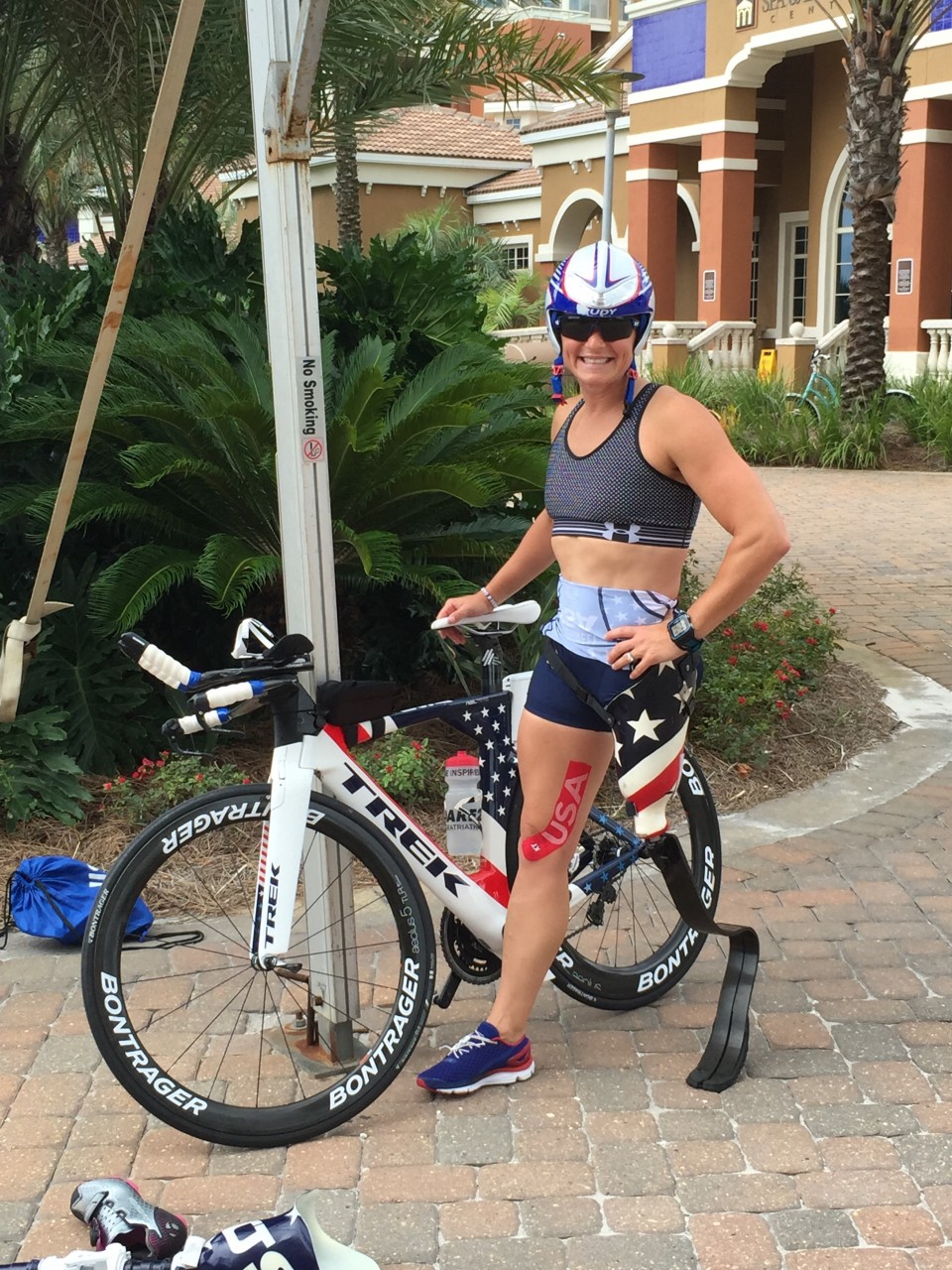 The 2013 Warrior Games in Colorado inspired Britain's Prince Harry to launch the Paralympics-style Invictus Games. The inaugural Invictus Games in London in 2014 saw over 400 competitors from 13 nations compete in front of thousands of spectators.

In November last year, Prince Harry met para-athletes during a trip to Japan, when he visited the new Nippon Foundation Para Arena in Tokyo.

The Duke of Sussex interacted with wheelchair rugby, powerlifting, and boccia athletes and explained how public interest in disabled sport has "just got bigger and bigger" since the Paralympics were held in London in 2012.

Toshio Yamada, the executive director of the Japan Para-Sports Association, said Japan could not compete against Paralympic rivals such as the United States, Britain, and Iran, which have a large number of war-injured soldiers.

But "that is a good thing," he said, adding that the goal of the Paralympics is not gold medals but the wellbeing of society.

Today, the military and National Paralympic committees have re-engaged the link between military rehabilitation and the Paralympic movement that began nearly 70 years ago.

Some soldiers injured in current conflicts such as Iraq and Afghanistan, after using sport as part of their rehabilitation, are fast tracked into that nation's Paralympic training programs. 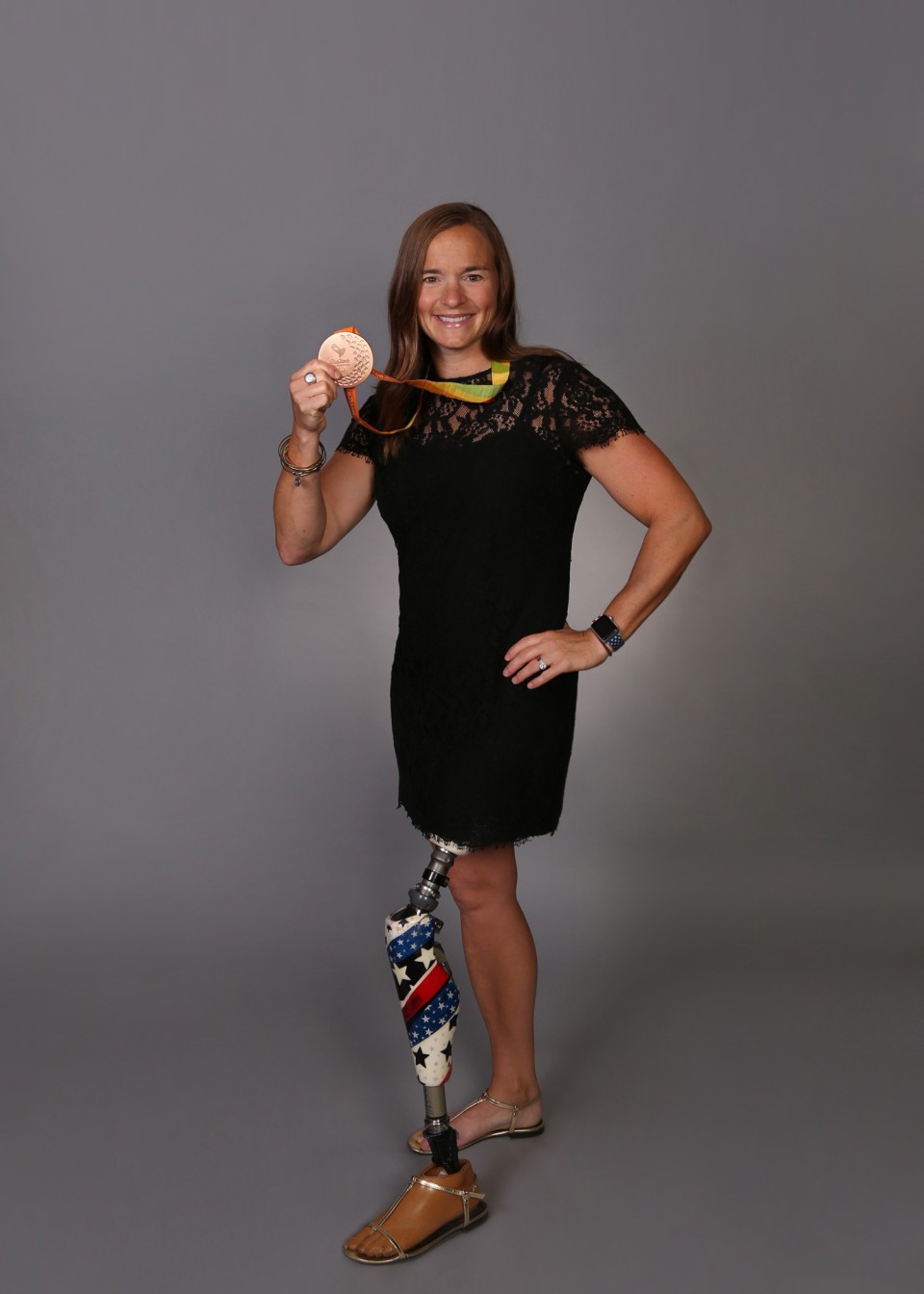 According to Ian Brittain, an internationally recognized expert in the study of Paralympic and disability sport, sport programs for military personnel have spread because of the rise in the number of soldiers who were not killed in action, but wounded and unable to return to active duty.

"In recent years there has been a resurgence in the use of sport in rehabilitation and recovery process of wounded and ill military personnel in a number of countries around the world," Brittain said in a 2016 report for Coventry University.

Stockwell is an example of the many injured veterans and service members who say they have been able to overcome serious injuries or illness to find purpose by engaging in disabled sports.

When asked what role the Paralympics and adaptive sports play for injured military service members and veterans, Stockwell said, "They bring self-worth, self-confidence and the notion that life doesn't have to stop after being injured severely."

Despite admitting she was disappointed with her results in 2008, Stockwell thinks not everyone who faces challenges similar to her own has to have Paralympic medal ambitions to turn their tragedy into triumph.

"Not everyone that is a person with a disability dreams of becoming a Paralympian, but if they do, the pipeline is in a place to help them start working their way up in hopes of competing on the world's biggest athletic stage."