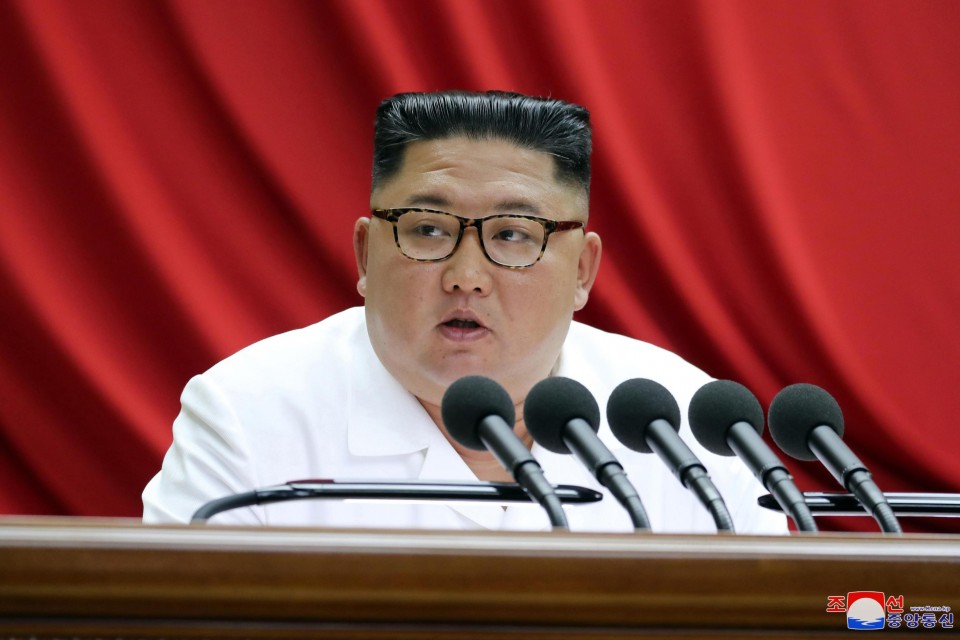 "As acknowledged by the world, it is true that the personal relations between the Chairman of our State Affairs Commission and President Trump are not bad," the adviser said, referring to Kim Jong Un by his formal title.

However, "we have been deceived by the U.S., being caught in the dialogue with it for over one year and a half, and that was the lost time for us," Kim Kye Gwan said. "There will never be such negotiations as that in Vietnam."

The senior official, meanwhile, criticized South Korea for claiming that it conveyed Trump's message to the North, saying Seoul seems "not to know that there is a special liaison channel between the top leaders" of Pyongyang and Washington.

"It is somehow presumptuous for south Korea to meddle in the personal relations between Chairman of the State Affairs Commission Kim Jong Un and President Trump," he said.

The statement came as Kim Jong Un has effectively retracted his promise to refrain from intercontinental ballistic missile or nuclear tests, as nuclear negotiations with the United States have failed to achieve a breakthrough.

At a key ruling party meeting held late last year, Kim Jong Un also pledged to unveil a "new strategic weapon" to be possessed by his country "in the near future," sparking concern that North Korea will carry out an ICBM test in the not-so-distant future.

But some foreign affairs experts say tensions between the United States and Iran, which soared after a U.S. drone strike killed a top Iranian general earlier this month, have dissuaded Kim Jong Un from major military provocations.

At their first-ever summit in June 2018 in Singapore, Trump promised Kim Jong Un that the United States would provide security guarantees to North Korea in return for "complete" denuclearization of the Korean Peninsula.

Nevertheless, the two leaders fell short of bridging the gap between Washington's demands and Pyongyang's calls for sanctions relief at their summit in the Vietnamese capital Hanoi in February last year.

North Korea has asked the United States to loosen economic sanctions, insisting that it has already implemented concrete measures toward denuclearization, such as dismantling its main nuclear complex.

Washington has maintained that the lifting of the sanctions would require Pyongyang to scrap other nuclear facilities and programs including undeclared ones.