Mitsubishi Aircraft Corp. plans to push back the first delivery of its passenger jet to next year or later in its sixth schedule delay, a source familiar with the matter said Friday.

The small jet called Mitsubishi SpaceJet, previously known as Mitsubishi Regional Jet, is scheduled to be delivered to All Nippon Airways Co. by the middle of this year under the current plan.

The aircraft subsidiary of Mitsubishi Heavy Industries Ltd. initially planned to conduct a test flight by its redesigned jetliner last June but problems with some parts delayed the test, the source said. 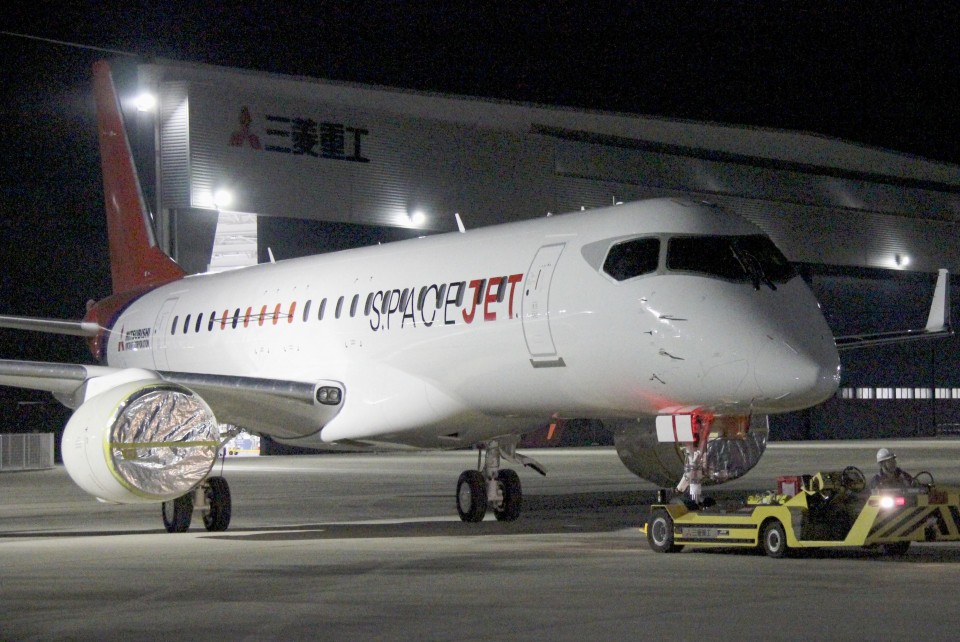 As the aircraft maker also expects to take more time to obtain safety certification from the Japanese transport ministry, Mitsubishi Heavy plans to announce the sixth postponement on Feb. 6 when it reports its latest earnings, the source said. The parent company holds a 64 percent stake in Mitsubishi Aircraft.

The decision is the latest setback for the company following the cancelation of orders for up to 100 units of the aircraft in October by Trans States Holdings Inc., which operates three U.S. regional carriers.

Mitsubishi Aircraft initially planned to begin delivering the jetliner -- Japan's first homegrown small passenger jet -- in 2013 but the delivery plan was repeatedly postponed due to changes in design, reviews of the manufacturing process and a delay in parts delivery.

The delays have already raised the development cost for the passenger jet to 800 billion yen ($7 billion) from the initial estimate of 600 billion yen, other sources said earlier.