With the end of support, users need to upgrade to Windows 10 or other operating systems. They should also consider buying new computers as older machines may not be compatible with the newer software, the Japan unit of Microsoft said. 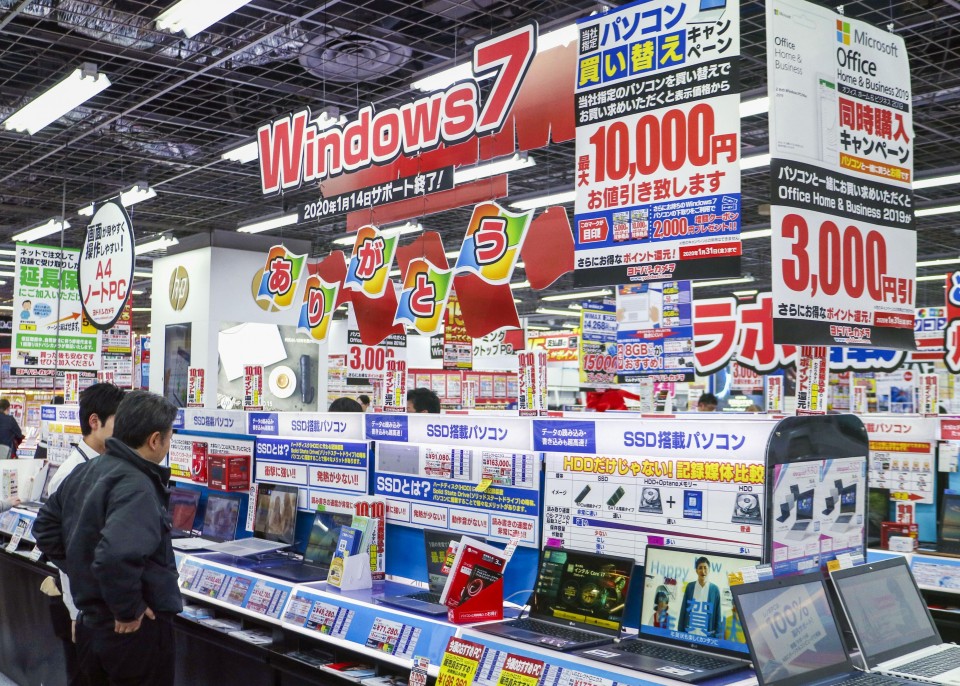 Microsoft has provided free updates for Windows 7 users to fix security bugs regularly, around once a month, but these services will end by Tuesday midnight.

In Japan, some 7.53 million computers at offices and local governments and 6.38 million at households are still using Windows 7 as of January, comprising around 20 percent of all active Windows computers in the country, according to Microsoft's Japan unit.

It said more than 9 million computers are expected to still be running Windows 7 as of July when the Tokyo Olympics opens.

Ritsumeikan University Professor Tetsutaro Uehara, an expert in cybersecurity, noted that computers infected with a virus are vulnerable to being "hacked and misused for cyberattacks."

Some information security firms such as Trend Micro Inc. will for the time being continue to offer services to protect Windows 7 users who need time to upgrade to a new operating system but said they may not be able to fully prevent a computer virus infection.

"It's only a temporary measure. We hope users will quickly upgrade their (windows 7) operating system," a Trend Micro official said.

Windows 10 is priced at 19,360 yen ($175) for a basic "Home" version for regular households. It can be downloaded from Microsoft's website or by buying a USB memory containing the software at an electronics store.

According to research firm BCN Inc., sales of personal computers in Japan in December last year rose 27.6 percent from a year earlier ahead of the end of Windows 7 support in the country.

"From the middle of December last year, sales (of computers) have accelerated," said an employee at a Tokyo outlet of home electronics chain Yodobashi Camera Co.