Hong Kong police said Wednesday they have busted a plot to attack police using a pipe bomb and made 10 related arrests, ahead of a mass anti-government protest planned for the weekend.

The bomb, along with flammable liquids, helmets, facemasks, bulletproof vests and some marijuana were discovered in a raid on a residential flat in the Mong Kok district of Kowloon, police spokesman Chan Tin-chu said.

It exploded as bomb disposal experts tried to defuse it, causing shrapnel to punch a hole in a nearby escalator metal door.

"If the bomb was detonated inside a vehicle, for example, everyone in there would be killed," Chan said. "Intelligence showed that the bomb was planned to be used against police officers or facilities."

It was unclear when the bomb would have been put to use, but there is a march protest planned for Sunday. Anti-government protests began in June over a government bill to extradite fugitives to mainland China. 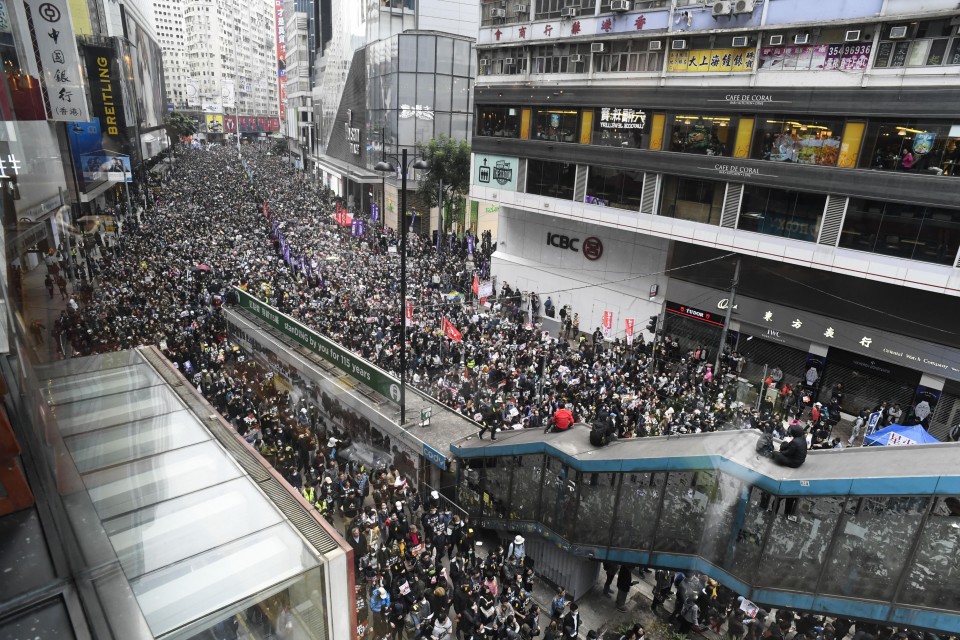 (Tens of thousands of anti-government protesters march in central Hong Kong on Jan. 1, 2020.)

On Tuesday, three male suspects in their 20s were arrested in the Mong Kok raid and another was arrested in one in the Sheung Shui district in the New Territories where police found a makeshift laboratory possibly used to make bombs.

Six more men, aged between 17 and 23, were arrested in connection with the case Wednesday, Chan said, adding that more arrests could be made as investigation continues.

The suspects, believed to be members of a clandestine radical group, were detained for possession of and conspiracy to manufacture explosives, possession of drugs, and participation in a Jan. 1 protest that was deemed unlawful.

Security Secretary John Lee told a Legislative Council meeting Wednesday that in recent months, there have been a number of seizures of improvised explosive devices and petrol bombs, while dangerous chemicals have been stolen from some university campuses.

"From past experience, we can see the perpetrators want to use mass killing bombs and firearms during march protests," he said. "The risk of domestic terrorism involving makeshift bombs is high and we must stay vigilant."

The protests have entered their 32nd week despite the government's withdrawal of the controversial bill in October.

Protesters' demands have expanded to include accountability for police use of force against them, amnesties for arrested protesters and greater democracy.

A firework display celebration scheduled for the second day of the Lunar New Year holidays was canceled due to public safety concerns, Home Affairs Secretary Lau Kong-wah said after the legislature meeting.