After a victory no one would have dared predict, Tokushoryu also proved to be a champion in the afterglow on Sunday.

After spending 12 of sumo's previous 13 grand tournaments in the second-tier juryo division, the rotund 33-year-old energized the sumo world by winning his first title with a 14-1 record. After completing his victory with a win over ozeki Takakeisho, the 1.81-meter, 188-kilogram wrestler broke down in tears of joy. 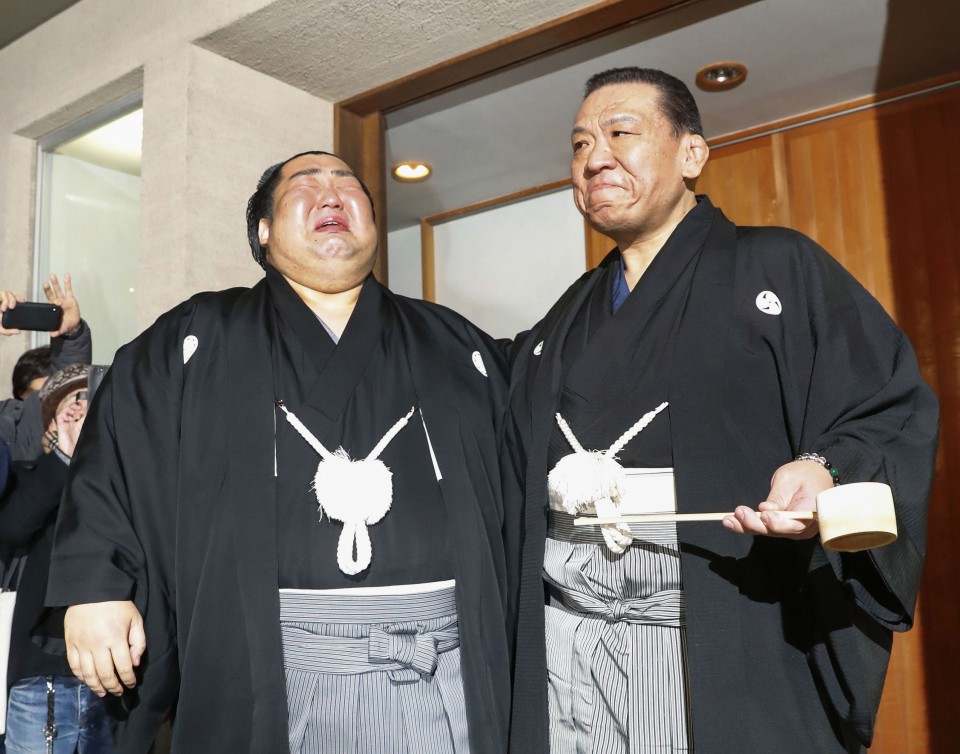 (Tokushoryu after the victory, with stablemaster Kise)

When he returned to the ring for the award ceremony and the interview that comes with it, the journeyman wrestler showed he could hold his own in the spotlight. Asked how he dealt with people around him talking about a championship when he had only one defeat midway through the 15-day tourney, Tokushoryu offered the answer wrestlers are expected to give.

"I didn't think about it," he said, before quickly changing his tune.

"OK. That's a lie. I was actually absorbed by the idea (of a championship)."

Tokushoryu fought at the very bottom of the elite makuuchi division, on the less prestigious west side, in the lowest rank, No. 17 maegashira. After seizing the tournament lead on Saturday, he'd recited the sumo mantra: "I'm not focused on the championship."

"I said that because I had been practicing over and over for interviews," he quipped. 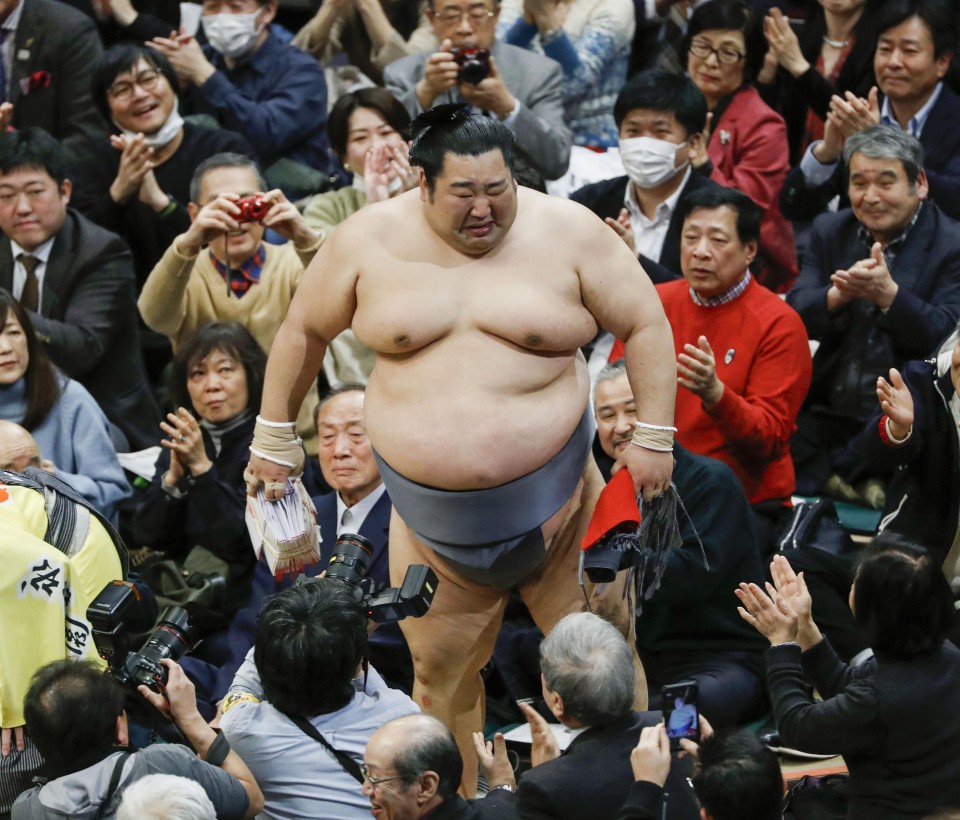 Tokushoryu, who remained poised and resourceful throughout the 15-day tourney, allowed his physique -- including a pronounced abdomen -- to come in handy, according to his friend, sumo elder Araiso.

"People are always telling him to lose weight, but the weight that had been a shortcoming is now an asset."

If so, it may have been partly due to the positive calm Tokushoryu exhibited.

"Since the start (of the tournament), I'd been thinking if I give it all I have, that will be plenty," he said. "If I do my best on the opening charge, I can live with the results that follow. I'd done it my way all along, and the final day was the same."

Araiso said he was moved by his friend's championship and said it was a well-earned reward.

"He's the picture of a (top-level) sumo wrestler," Araiso said. "This is the culmination of his efforts in sumo since he was little."

Tokushoryu, however, was in no hurry to label this triumph as his high-water mark in the sport.

Asked about his future in the ring, where up-and-coming wrestlers have been winning one tournament after another, Tokushoryu said, "Rather than say I'm already 33, I prefer to think of myself as being only 33." 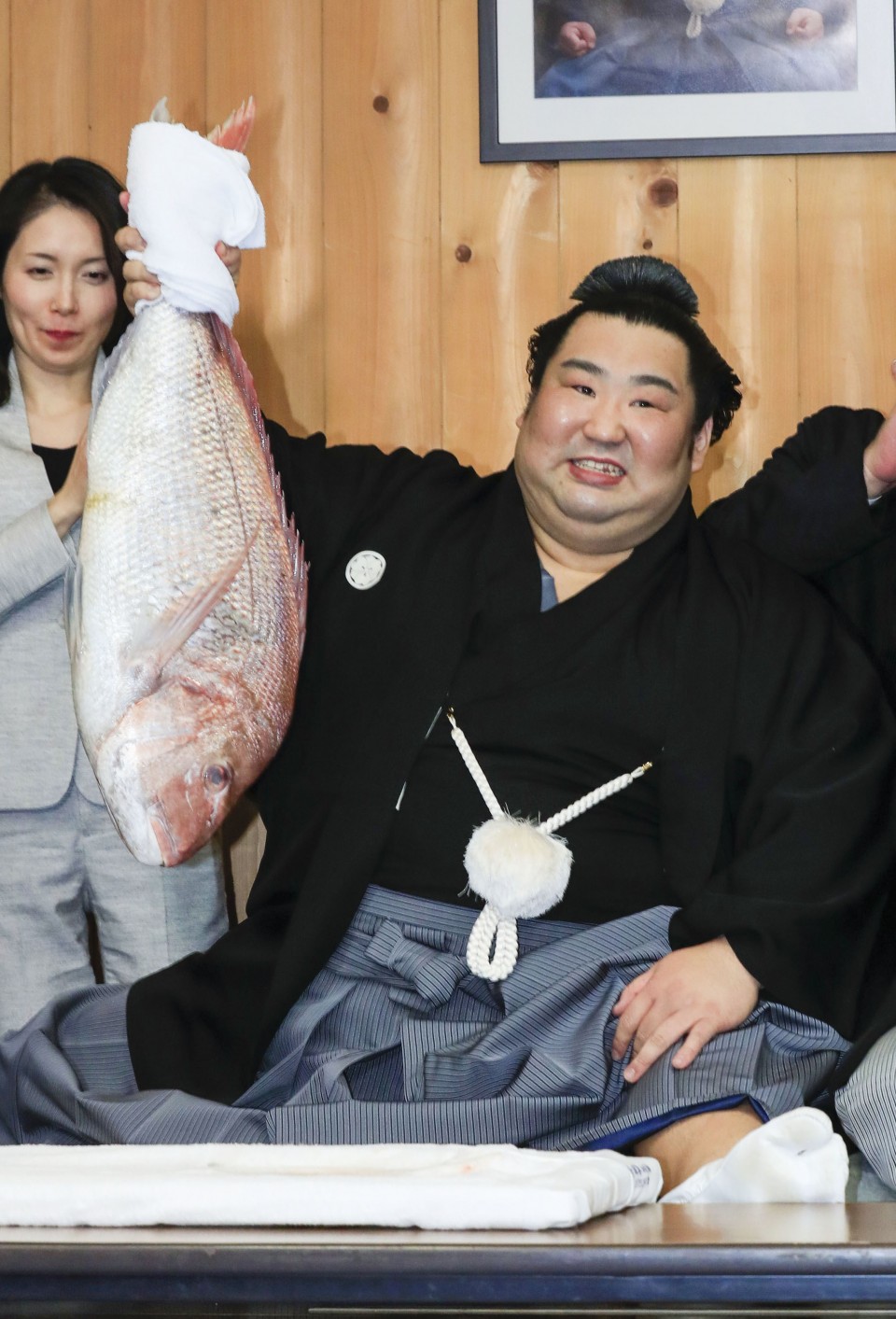