The 2019-2020 Japan Rugby Top League season kicked off Sunday with a plethora of world superstars and Rugby World Cup winners playing in front of big crowds across the nation.

The season was pushed back five months to accommodate last year's World Cup and will run through to May with the team top of the standings after 15 games crowned champions. 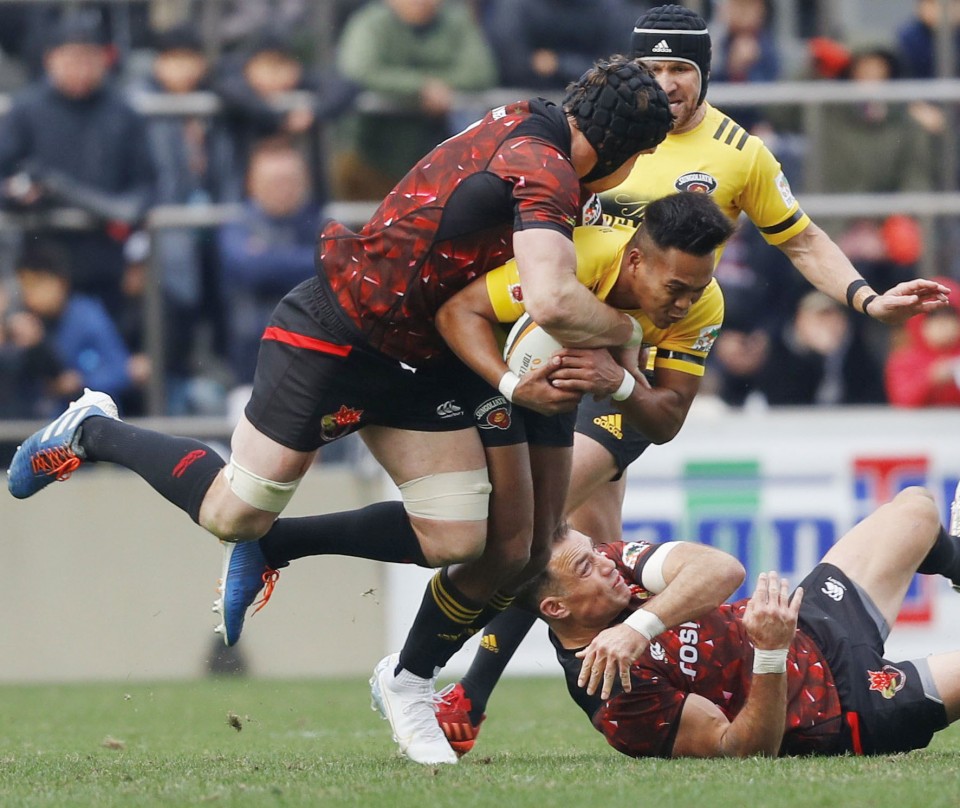 (Kotaro Matsushima of Suntory Sungoliath is blocked in the first half of a match against Toshiba Brave Lupus.)

Suntory, who had Masakatsu Nishikawa red carded in the first half for a dangerous clear-out at a ruck, stayed in the game thanks to two try-saving tackles from Wallabies center Samu Kerevi.

But tries by Hisayoshi Matsuoka and Masataka Mikami in the 61st and 70th minutes broke the deadlock and ensured Kerevi's 76th-minute effort was nothing more than a consolation score.

The former All Black had special praise for Japan captain Michael Leitch, who he said had returned to the club from the World Cup both physically and mentally tired. 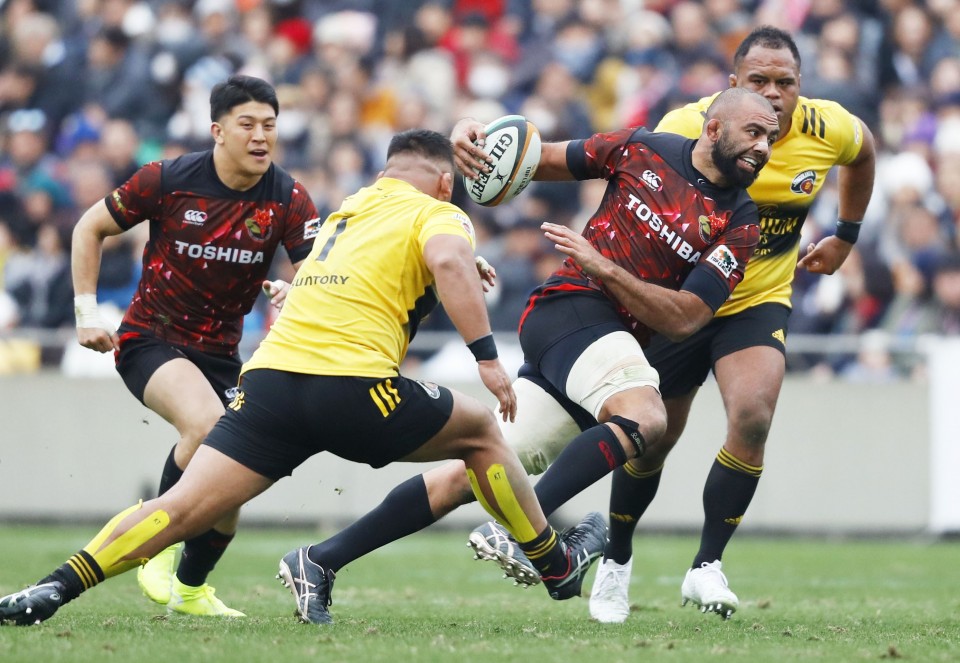 "I thought he was outstanding," said Blackadder, who moved to Japan last year from English Premiership side Bath. "He didn't play one preseason game but with experienced players you get mental toughness and it just shows the caliber of the man that he can go out and play 80 minutes."

Reigning champions Kobe Kobelco Steelers carried on where they left off, hammering Canon Eagles 50-16 at home in front of 23,004 with three-time world Player of the Year and two-time Rugby World Cup winner Dan Carter contributing 18 points courtesy of a try, five conversions and a penalty goal. 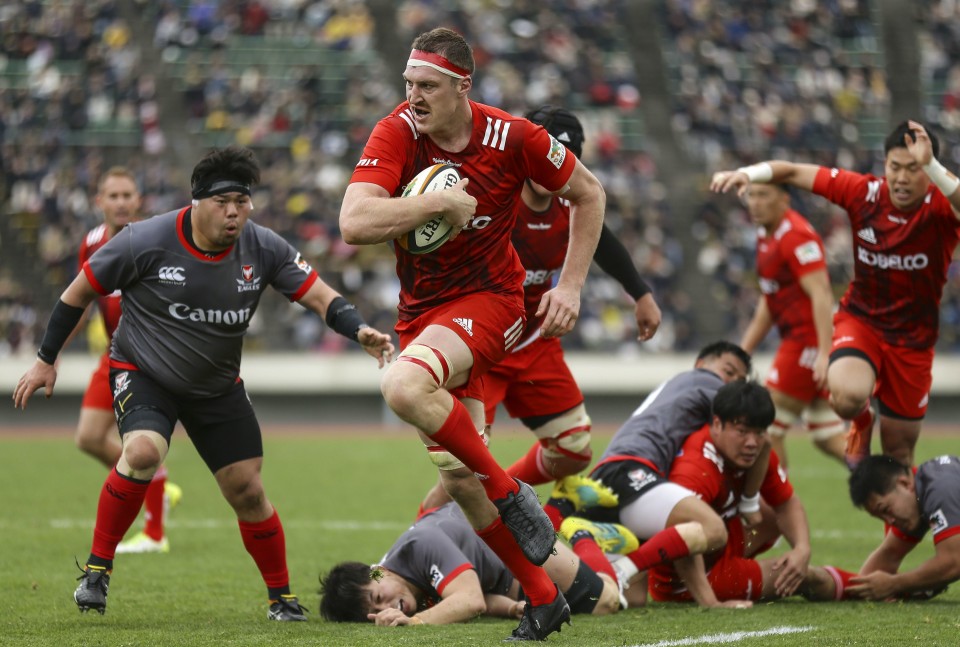 (Brodie Retallick of Kobe Kobelco Steelers runs with the ball.)

New Zealand lock Brodie Retallick marked his debut for the Steelers with a try in the 82nd minute.

In Shizuoka Prefecture, Steve Hansen, who coached the All Blacks to success at the 2015 Rugby World Cup, got off to a losing start as director of rugby at Toyota Verblitz as his side went down 31-29 to Yamaha Jubilo.

Two members of the South Africa squad that won the World Cup in November crossed the chalk with Kwagga Smith touching down for Yamaha and Willie le Roux for Verblitz. 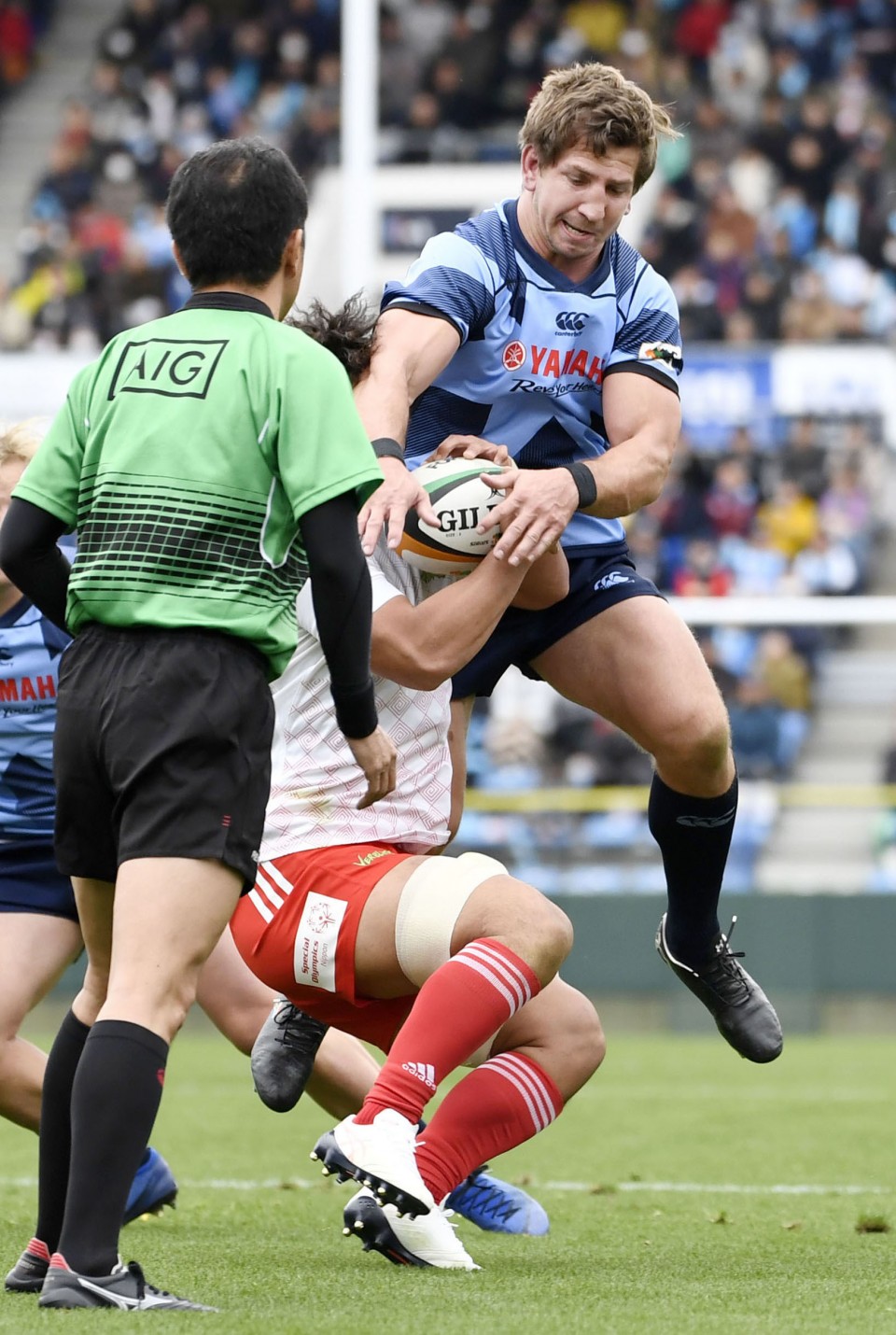