Shiho Tateoka, who lives in a small fishing village in Hokkaido, Japan, rises almost every day at 6 a.m. and sends her three children off to school before starting her day of handling fish sales to various customers.

Then she's back on social media searching for more clients. 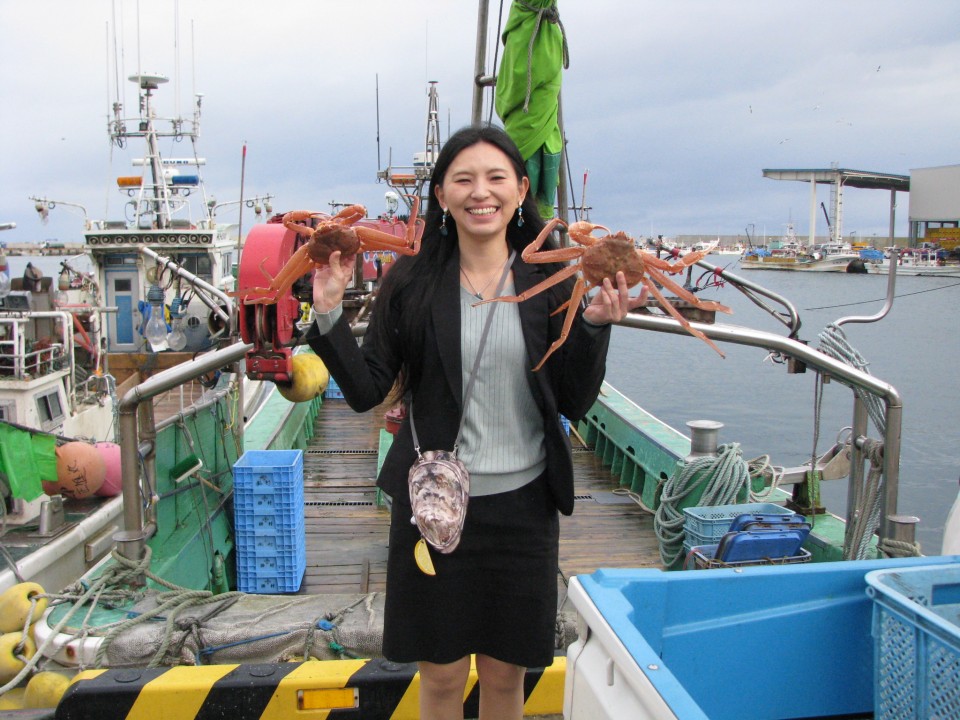 Years ago, Tateoka, 43, was a single mom in Tokyo, who was busy working both as a nurse and saleswoman for a home medical care service. Fish, you might say, was the furthest thing from her mind.

But life changed when her cousin, a fisherman based at Otoshibe port in the town of Yakumo on Japan's northernmost island, visited her home six years ago. Yuki, 37, who later became her husband, described his worries to her as a fisherman on a sinking ship.

"When I listened to his story, I thought there may still be room for the fishing industry to grow," Shiho explained in a recent interview. "I thought I may be able to commit to a new sales job and dedicate myself to a new life."

Yuki had been concerned whether he could continue his career as the fishing industry faced various challenges, such as a depleted fish population due to rising ocean temperatures linked to climate change and years of overfishing.

But when Shiho took him to a Tokyo department store, he was surprised to see the high prices the fish sold for. He said he had been unaware of how his hauls were treated after they were handed over to a local fishery cooperative, which was in charge of sales.

Yuki was hoping to increase the value of his catches and cultivate a customer base to boost earnings but was clueless until Shiho decided to move to Yakumo, a struggling seaside town, and work together with him, drawing on her sales experience. 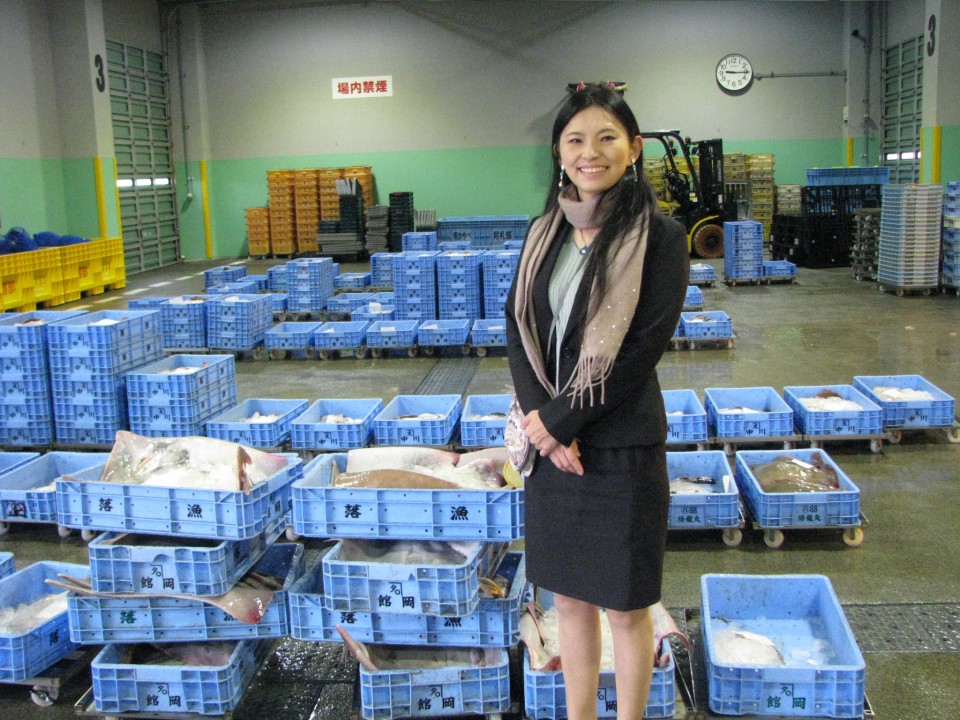 The company now has about 30 clients per month and earns 5 million yen (around $45,400) annually.

Since then, Shiho's life has become very busy, soliciting restaurants and fish markets nationwide by social media, phone and direct visits to buyers.

She also advised Yuki to process fish damaged by fishing nets, which was previously disposed of. She now uses social media, including Facebook, to promote the processed products such as salted dried fish and flathead flounder pickled with cherry leaves. Other posts describe the couple's daily fishing activities, fish freshness and cooking methods, and prices.

When a potential customer shows interest in a particular post, Shiho will contact the person directly to offer a trial purchase.

Thanks to her efforts, Ryujinmaru's fish are widely used at "izakaya" Japanese-style pubs and French restaurants across the country. Processed items are also available via mail order catalogs and as gift sets at department stores in Hakodate on the southern tip of Hokkaido.

Kazuto Konishi, a middleman running his own fish shop in Hakodate, said, "Thanks to the Tateokas, I can buy fresher fish of higher quality." This contrasts with market auctions where most of the fish lack the same freshness as a technique used to preserve their taste is more challenging to implement, Konishi said.

Takuya Shimotori, a chef at an izakaya with 75 seats in Tokyo operated by Fun Function Corp., said he receives the Tateokas' fish three times a week -- some of which are a rarity in the capital. "They are gaining popularity from customers," he said.

However, the business did not initially enjoy smooth sailing as the male-dominated fishing industry resisted Shiho's newfangled practices. Backlash mainly came from local fishery cooperatives, to which fishermen deliver their catches for sale.

"At first, I was asked 'why does a woman, a fisherman's wife, do such things?'," Shiho said. Traditionally, the role of a fisherman's wife was to support her husband on the fishing boat or wait for him at home while preparing dishes, she said.

Shiho, however, thought women could stand out and draw attention precisely because they are rare in the fishing industry, have a knack for sales and networking and have a keen eye for seeing angles normally overlooked in the business by fishermen, she said.

"I feel women's viewpoints and ideas are really great," said Yuki. "I previously just grilled or simmered fish and never thought about making dishes that are easy for children to eat or those that could help shorten cooking times." 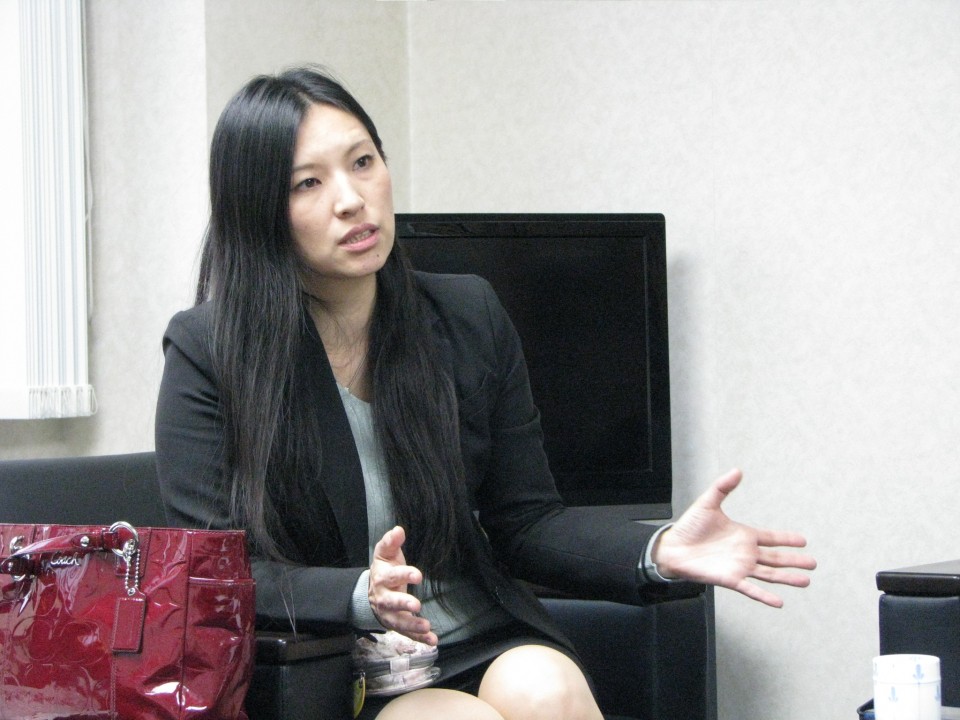 The couple believes more women should work in the fishing industry. Shiho became a member of a government initiative set up in November 2018 to help open the industry to women. As of last December, 51 women had joined the project.

Although it took time, the old-guard local fishery cooperative has embraced Shiho's new business and her efforts to change the industry after seeing many fishermen boost their earnings with her help.

"I think (what Shiho is doing) will spread from now on," said Kazuhiro Kamada, a senior director of the Otoshibe fishery cooperative. "It is important for fishermen to circulate this information by themselves."

To continue delivering fresh fish to consumers despite recent changes in the sea environment and declining fish bounties, the Tateokas and some local young fishermen set up in April 2019 "Ezo Shinsen Gumi," an organization to encourage more fishermen to promote their products and start new businesses.

Yosuke Kakemura, a fellow fisherman in Otoshibe, said he was inspired by the fish saleswoman's activities such as reporting on fishermen's lives on social media.

Yuta Hirai, engaged in sea urchin cultivation near Otoshibe, said he had thought about quitting amid slumping earnings before meeting Shiho, who advertised his sea urchins through Facebook.

"At first, I was embarrassed to use Facebook as people always put out a good image of themselves, but I was delighted to see comments from an izakaya about the reaction of consumers who ate my products. I felt for the first time in years that it's fun to be a fisherman," Hirai said. 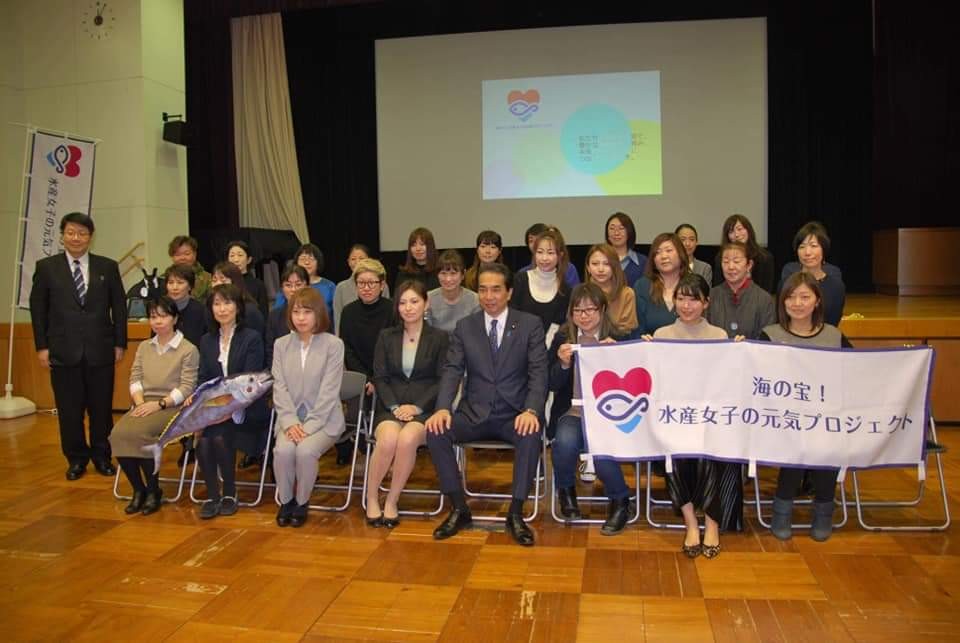 (Photo taken on Jan.21, 2020 at Tokyo's fisheries agency, shows Shiho Tateoka with a government official and members of a government initiative set up in November 2018 to help promote women's entry into the fishing industry.)[Courtesy of Shiho Tateoka]

In the future, Shiho hopes to join hands with locals to develop the fishing tourism business, allowing visitors to eat fresh seafood on boats and see fishermen unload their hauls, to attract even more people including those from abroad.

As a mother, Shiho said it is hard to imagine her children wanting to earn a living in the current fishing industry but she is hopeful that they as well as other young people will take up the mantle and see it thrive once again.

Holding her youngest 3-year-old son in her arms, Shiho said, "I hope to establish a new form of business and show children that we are enjoying fishery and are able to earn money through it, so that they want to inherit the business in the future."