Three Japanese evacuated from Wuhan in central China have tested positive for the new coronavirus, with two of them showing no symptoms, the health ministry said Thursday, as Japan plans to strengthen its screening of returnees from the epicenter of the outbreak.

Prime Minister Shinzo Abe instructed Cabinet ministers to step up efforts to contain the spread of the deadly virus as the World Health Organization held a meeting to discuss whether to declare a global health emergency.

The total number of people infected with the virus in Japan, including foreign nationals, rose to 14 on Thursday, including the two people showing no symptoms.

A third government-chartered flight left Tokyo on Thursday night to transport Japanese nationals from Wuhan, put under a virtual lockdown since last week, as about 300 citizens are still waiting to return home.

The three, who have been hospitalized, were among 206 Japanese nationals evacuated to Japan on the first government-chartered plane from Wuhan on Wednesday, the Ministry of Health, Labor and Welfare said. 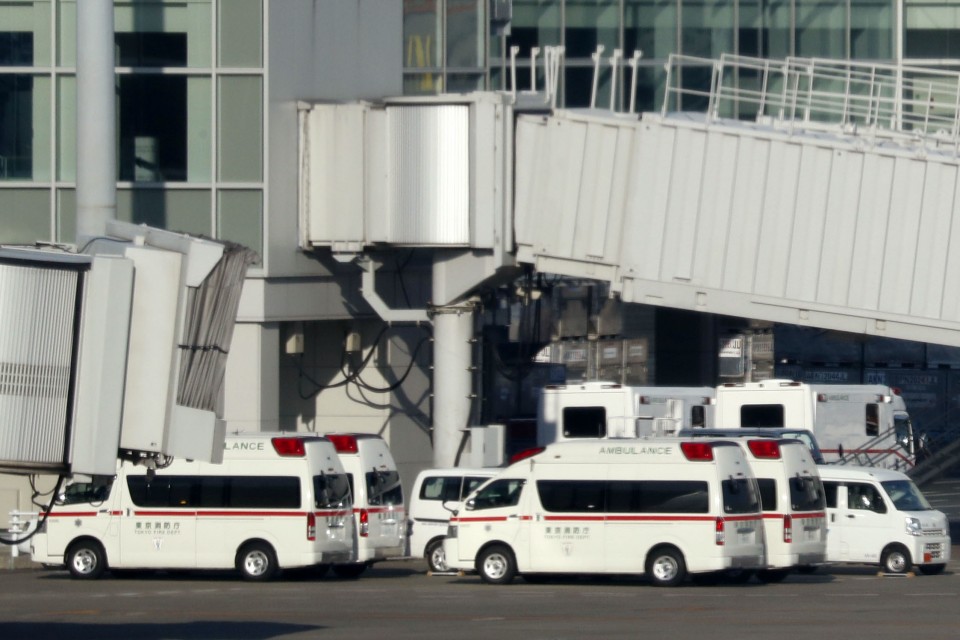 It is the first time outside China that a person without symptoms such as fever has been confirmed as infected with the virus, according to Japan's National Institute of Infectious Diseases.

The government has so far brought back over 400 Japanese nationals who wished to leave Wuhan and has urged them to be checked for the new coronavirus when they arrive in Japan.

Government officials said the health of evacuees will be monitored for two weeks after they arrive, during which they will be asked to remain indoors, and they are considering a further virus test at the end of the period.

On Thursday, a further 210 Japanese were flown back home on Thursday on a second government-chartered flight, with 26 of them hospitalized after displaying symptoms such as coughing, officials of the central and Tokyo metropolitan government said.

"We will put top priority on protecting the lives and health of the people, and we will decide on what needs to be done without hesitation," Abe said in a parliamentary session.

As a preventive measure, the government plans to ask passengers on all flights from China to Japan if they have visited Wuhan and about their health conditions in questionnaires before they go through Japanese immigration, officials said.

Three foreign nationals -- a Chinese student in her 20s in Kyoto, a man in his 50s in Mie Prefecture and a Chinese woman in her 30s visiting Japan -- were found Thursday to have been infected with the new coronavirus. All of them have visited Wuhan.

As the number of Japanese returnees on charter flights from Wuhan grows, securing their accommodations in Japan is expected to become an issue.

Another option is a ferry, the Hakuo, operated by a private company as the Defense Ministry has a contract to use it in emergency situations such as natural disasters, according to a source with knowledge of the matter.

Earlier in the week, a tour bus driver and a guide who had been in contact with tourists from Wuhan were confirmed as infected with the virus, and the health ministry acknowledged Thursday they were the first cases of human-to-human transmission in Japan.

While Japan is on high alert to prevent the virus from spreading, health minister Katsunobu Kato said the situation has not yet reached the stage when the government needs to call for large-scale events to be canceled.

China said confirmed cases of infection have exceeded 7,700 and the death toll has reached 170 on the mainland, including over 120 in Wuhan.