A new coronavirus spreading rapidly in China has infected around 900 people and killed 26 in the country, health authorities said Friday, as the government sought to contain the outbreak at the start of the weeklong Lunar New Year holiday.

Cases have now been confirmed in 29 of the country's 31 provincial-level regions, according to the National Health Commission, while the virus has spread to other countries in Asia and the United States, sparking concerns about a possible global pandemic.

Since Thursday, outgoing transportation services, including trains and airplanes, have been suspended in Wuhan -- a city of 11 million people in central China where the virus was first detected. Residents in the capital of Hubei Province have also been asked not to leave there except under special circumstances. 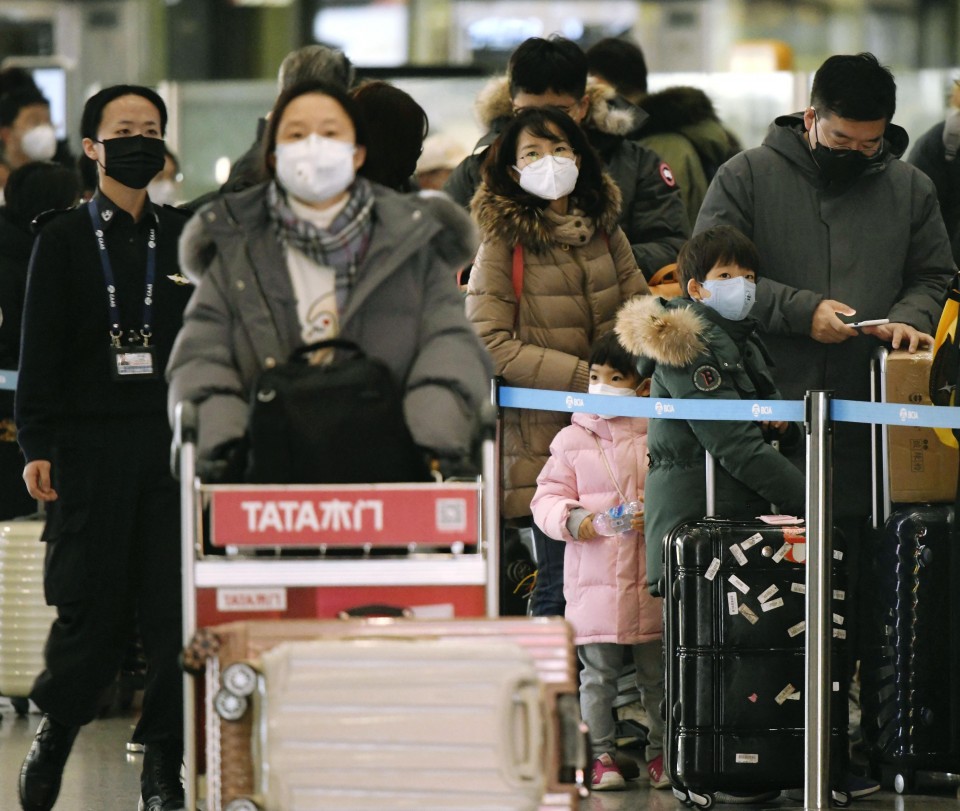 (Passengers wear masks at Beijing international airport on Jan. 24, 2020, the first day of the Lunar New Year holiday, amid the spread of pneumonia caused by a new coronavirus believed to have originated in the central Chinese city of Wuhan.)

A vast majority of the nearly 870 cases confirmed in China so far have occurred in Hubei, with at least 600 people there diagnosed with pneumonia caused by the virus, according to the media.

Of the 26 deaths, 24 were in Hubei, one in Hebei Province, near Beijing, and one in Heilongjiang Province, in northeastern China, the authorities said.

The World Health Organization said Thursday that the virus outbreak calls for urgent countermeasures but is not yet a global emergency.

During the Spring Festival through next Thursday, as the holiday period is also known, hundreds of millions of Chinese are expected to travel domestically and internationally. Fears are growing that the number of pneumonia patients may spike due to the transnational movement of people.

In Beijing, temple fairs, a time-honored tradition for Chinese during the Lunar New Year holiday, have been canceled, while the Palace Museum, known as the Forbidden City, will be closed from Saturday.

In Shanghai, the biggest commercial hub in China, Shanghai Disneyland, will be closed from Saturday, the theme-park operator said Friday. Many museums in the city have also decided to close for the time being in order to prevent the expansion of the infection, Chinese media reported.

So far, around 20 cases of the new virus have been confirmed in China's two major cities, respectively.

Also Friday, Japan and South Korea each reported a second case of infection -- a man in his 40s from Wuhan who is on a trip to Japan and a South Korean male in his 50s who just returned from Wuhan via Shanghai.

Taiwan's health minister Chen Shih-chung told a press conference that the two new cases, a Chinese woman and a Taiwanese man working in China, both in their 50s, entered the island on Jan. 21 and sought medical care on Jan. 23.

The travel restriction in Wuhan has led to mass cancelations of flights to the Chinese city. Indonesia said Friday it has temporarily suspended flights to Wuhan from the country, a measure that affects Indonesian low-cost carriers Sriwijaya Air and Lion Air.

SARS raged in China in 2003, and then spread worldwide, killing 774 people.

The new coronavirus is spreading in Asia and beyond after reports of mysterious pneumonia cases in Wuhan surfaced in late December. Cases of infection have been confirmed in Japan, Taiwan, Singapore, Vietnam, Macau, Hong Kong, Thailand, South Korea and the United States.