Carlos Ghosn says he has "plenty of documents" to prove innocence

"I have proofs, I have facts and I hope I will have witnesses also of people talking about the collaboration between some Nissan people, the prosecutors and some members of the administration into the preparation of my arrest" in 2018, Ghosn said in a pool interview with Japanese media organizations in Beirut.

Regarding how and where he will disclose the evidence, Ghosn said, "There will be probably a trial somewhere and I will share" the documents in the trial. 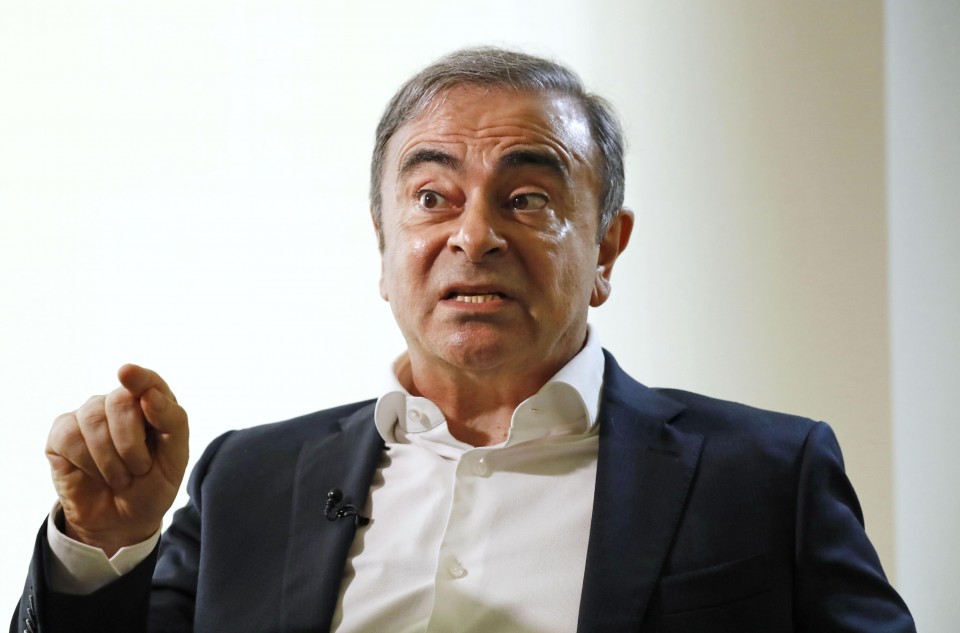 (Carlos Ghosn speaks in a pool interview with Japanese media organizations in Beirut on Jan. 10, 2020.)

Ghosn is expected to stay in Lebanon for a while as a travel ban has been imposed on him by the country's prosecutors following an Interpol warrant requested by Japan over his allegations.

Late last month, Ghosn jumped bail and fled to his childhood home of Lebanon from Tokyo, where he was awaiting trial on allegations he misused Nissan funds and understated his remuneration by billions of yen for years.

At a press conference Wednesday in Beirut, his first public appearance since the escape, Ghosn said all of the charges leveled against him are "baseless" and that Japan's "inhumane" judicial system denied him fair and speedy trial.

Ghosn also leveled accusations of a "conspiracy" between Nissan and Japanese prosecutors to take down him and argued that the automaker staged a coup to stop him from seeking a merger with alliance partner and largest shareholder Renault SA.

The Japanese government, prosecutors and Nissan officials have all denied the claims made by the former auto tycoon at the press conference and said he failed to justify his escape.

The prosecutors have vowed to bring Ghosn to justice in Japan. But it is unlikely he will return as Lebanon does not have an extradition treaty with Japan. 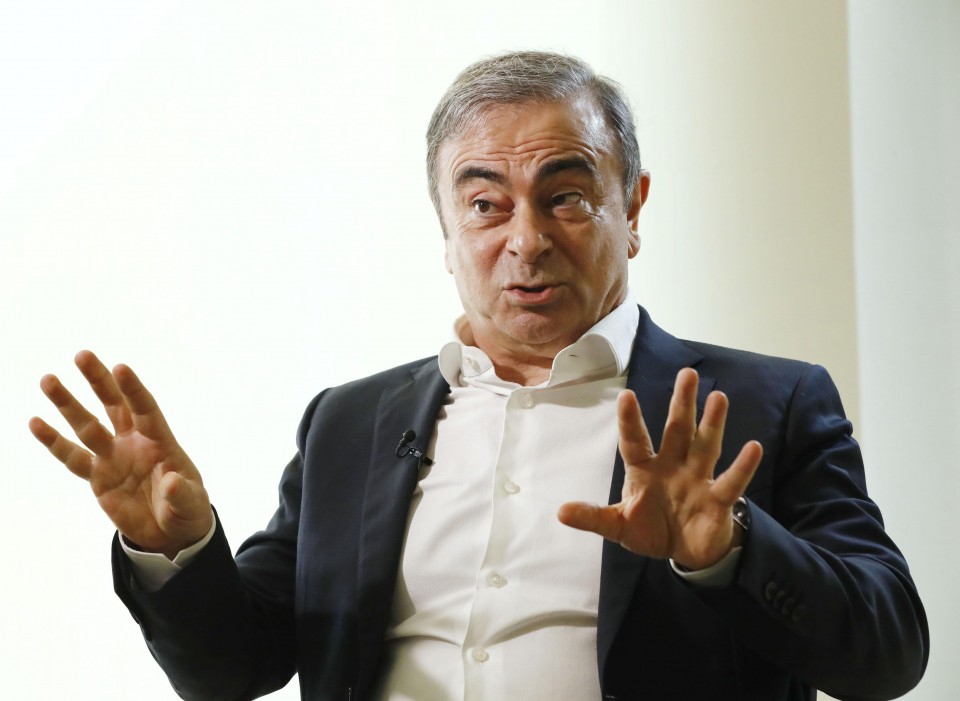 In the interview, Ghosn again declined to comment on how he escaped, only saying, "I never said my departure from Japan is legal" and it was planned by himself without his lawyers or family members knowing.

Japanese investigative sources said Ghosn traveled to Osaka from Tokyo on a shinkansen bullet train on Dec. 29 before flying out of Kansai International Airport on a private jet. He arrived in Lebanon via Turkey on Dec. 30.

Ghosn also continued to refrain from naming people in the Japanese government who he thinks were behind his arrest in November 2018.

"I said I wasn't going to talk about it because I didn't want to create more problems in the relationship between Japan and Lebanon," he said.

Ghosn, who holds Brazilian, French and Lebanese nationality, said he fled Japan due in part to bail conditions imposed on him that prohibited him from contacting his wife Carole without permission.

The interview took place as most of the Japanese media were not allowed to attend the press conference, which was though streamed live on the internet by some of the media outlets handpicked by him.

Ghosn said he had to select journalists mainly due to limited capacity of 150 people at the venue.

Referring to the minister's comments on Thursday suggesting that Ghosn should make his argument before a Japanese court and prove his innocence, the statement said, "Since the Universal Declaration of Human Rights was adopted here, in Paris, in 1948, the presumption of innocence, respect of dignity and rights of defense have been essential components of what constitute a fair trial."

"Hence, it belongs to the prosecution to prove guilt and not to the accused person to prove...innocence," it said, adding that the Japanese justice system "ignores these principles," although Tokyo has ratified the treaty.

Asserting that the Japanese "hostage system" aims to "crush the accused and not to seek truth through a fair and balanced dialogue," the lawyer said, "Mr. Ghosn was one of many victims in this system."

The statement also slammed the arrest warrant obtained by Japanese prosecutors for his wife Carole Ghosn for alleged perjury in court last year in connection with her husband's suspected misuse of the company's funds.

"Now, they are cowardly attacking Ms. Carole Ghosn to exact revenge and to shroud the humiliating situation for which they are responsible," it said.

"Japan is an admirable, modern, otherwise advanced country. It deserves better than an archaic system that holds innocent people hostage," the statement added. 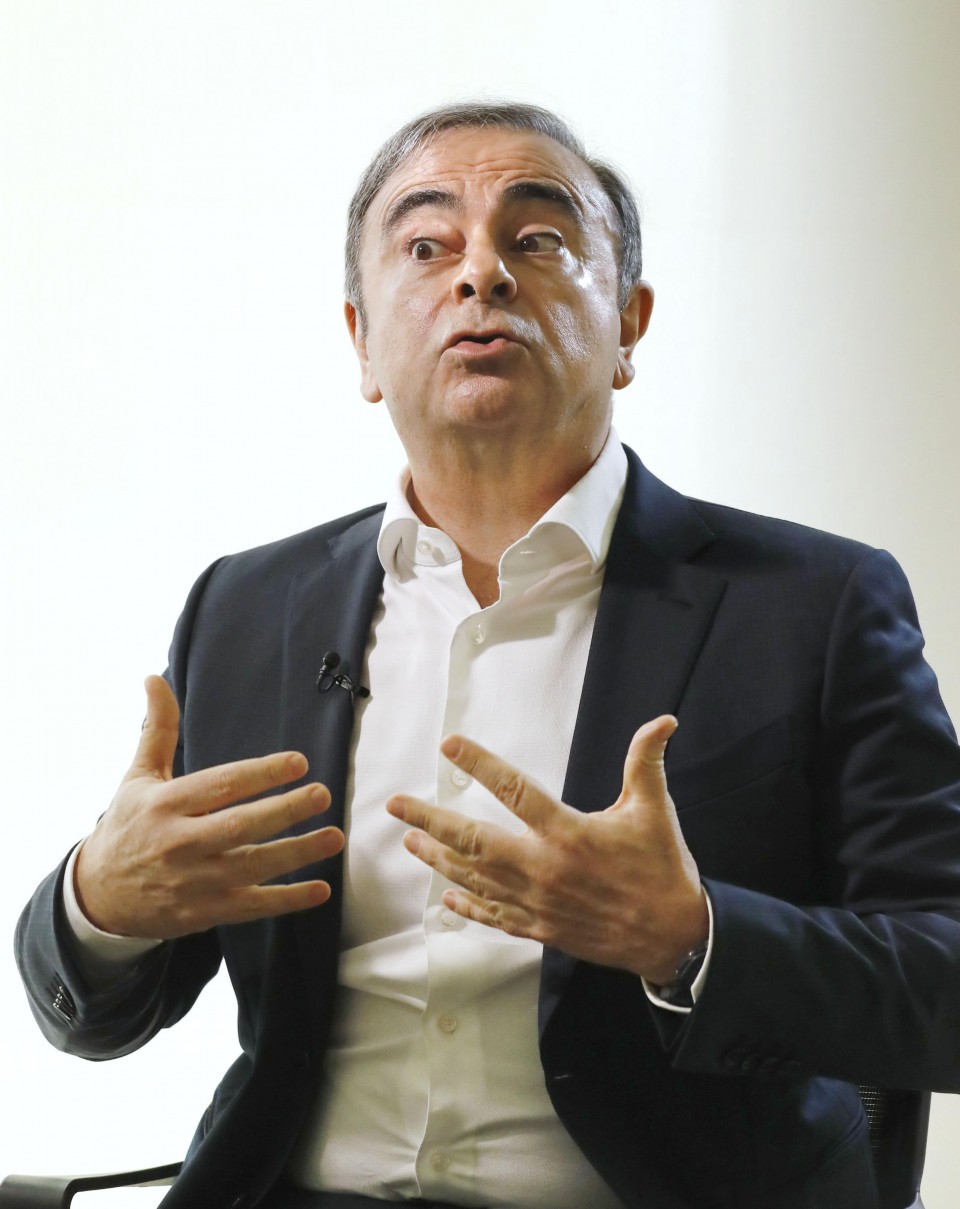 Japan calls for arrest of Ghosn's wife via Interpol