Kono took aim at China during his speech at a think tank in Washington, where he has been visiting to meet with Defense Secretary Mark Esper to discuss the tense situation in the Middle East and other issues. 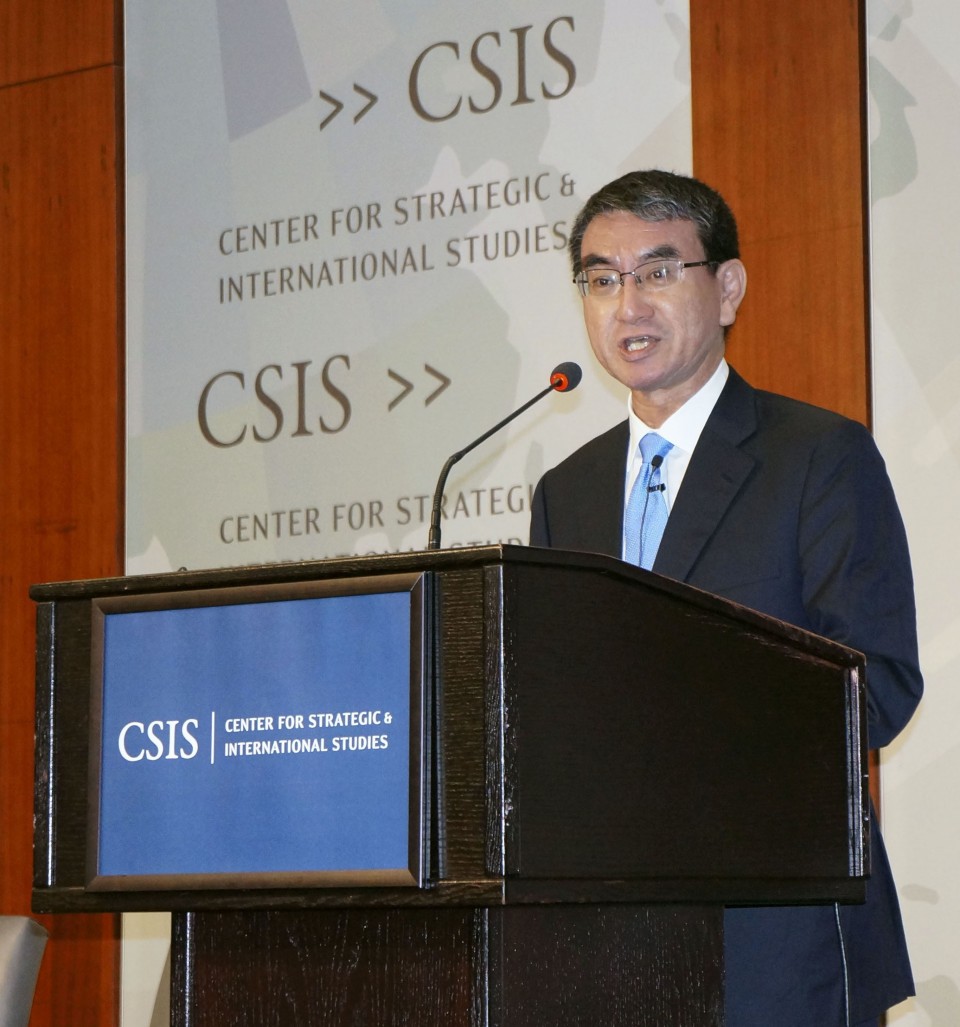 The minister said in the speech that Japan "cannot overlook" the frequent violation of its territorial waters around the Japanese-controlled Senkaku Islands in the East China Sea by Chinese government vessels. The islets are also claimed by Beijing, which calls them Diaoyu.

While Japan plans to welcome Xi as a state guest this year, Kono said China needs to "work hard" to improve the situation, or "otherwise we may find a difficult environment for the visit."

"International norms, such as freedom, democracy and legal order have been built up and maintained by the countries including Japan and the United States and others, overcoming difficulties. If China makes light of the international norms, they have to pay the cost," he said at the Center for Strategic and International Studies.

Later in the day, Kono met Esper at the Pentagon near Washington and the two agreed to cooperate in dealing with the situation in the Middle East, where Japan is sending a Self-Defense Forces vessel and patrol planes to help safeguard commercial shipping.

At a joint press conference with Kono, Esper said he appreciates Japan's efforts and added, "We will continue to share information and cooperate on operations in the Middle East, as we work to promote freedom of navigation and freedom of commerce."

Kono said he told Esper that Japan will make "persistent diplomatic efforts" to ease tensions and stabilize the situation in the region.

The SDF is assigned to gather information for the safety of Japanese shipping, although its area of operation will not include the Strait of Hormuz, a critical sea lane that borders Iran and through which around one-fifth of the world's oil passes.

Sending the SDF overseas has often been controversial for Japan, which places various limits on the use of weapons and force in light of its pacifist post-World War II Constitution. 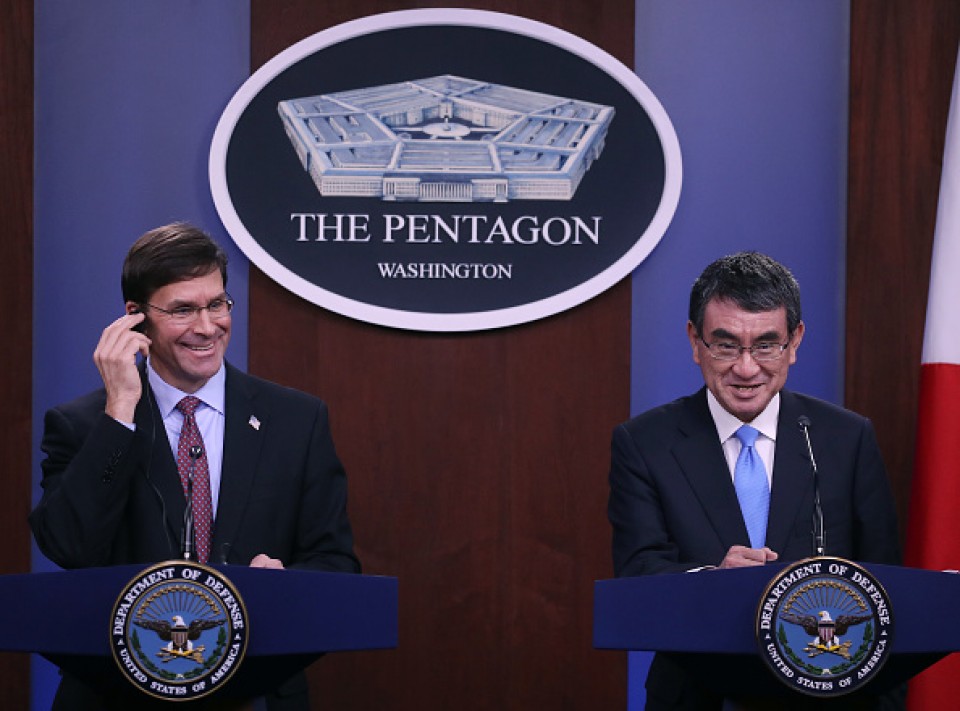 But Japan, which heavily relies on the Middle East for crude oil supplies, has decided on the latest dispatch amid calls from the United States that Tokyo should also play a role in protecting ships.

Kono noted that the SDF will operate separately from the U.S.-led maritime coalition to ensure safety of key waterways in the Middle East. The decision has been taken in consideration of the long-standing friendly relations between Japan and Iran.

On North Korea, the two affirmed that ballistic missile launches pose a "serious threat" to the region and confirmed the importance of the full implementation of U.N. Security Council resolutions for a "complete, verifiable, irreversible dismantlement" of North Korea's nuclear and ballistic missile programs, Kono said.

While uncertainties linger over whether North Korea will resort to major military provocations amid stalled denuclearization talks with the United States, Esper said the U.S. military remains "ready to fight tonight if necessary."

But he emphasized that the United States still believes that "the best path forward is through a diplomatic solution that results in the denuclearization of North Korea."

The two did not discuss the burden-sharing issue regarding the cost to host U.S. forces stationed in Japan, with Kono telling reporters that it is too early to start the negotiations.

U.S. President Donald Trump has indicated that Japan and South Korea should shoulder more costs as they are protected by U.S. forces stationed in their countries.