The Hong Kong government on Tuesday unveiled a series of new relief measures to improve the livelihoods of disadvantaged people, but not with the aim of pacifying the ongoing social unrest, leader Carrie Lam said.

The embattled chief executive, who has claimed responsibility for causing public anger over an unpopular bill that sought to extradite fugitives to mainland China, said the package will comprise 10 measures totaling HK$10 billion ($1.3 billion) and benefit some 1 million people.

"I must emphasize that the policies aim to improve living conditions of the disadvantaged people and the elders, and have no other specific purposes," Lam told reporters. "We must abide by the law when handling political matters, (which) arose from social unrest and people's reaction to the (bill) saga." 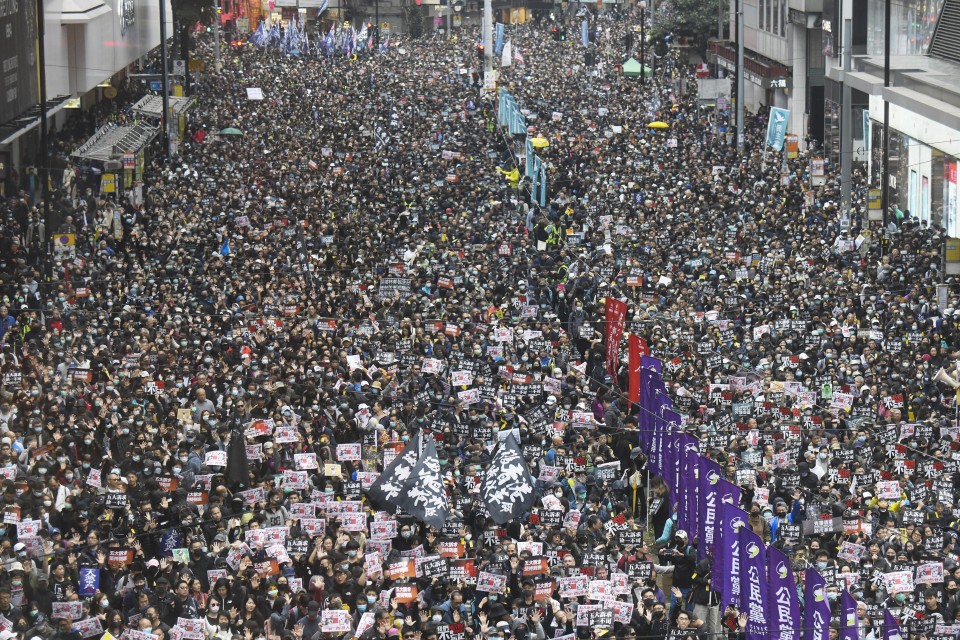 (Tens of thousands of anti-government protesters march in central Hong Kong on Jan. 1, 2020.)

She stressed the need to uphold the "one country, two systems" principle, the Basic Law, the mini-constitution in effect since the former British colony was returned to Chinese rule in 1997, and the spirit of the rule of law, as well as to safeguard the institutions of the judiciary and law enforcement in handling the matters.

As for the timing of the announcement, Lam said the policies could have been revealed earlier had it not been for the seven months of disruption.

Anti-government demonstrations have been ongoing since last June despite the government's withdrawal of the contentious extradition bill in October. The protesters' demands have widened to include a probe into alleged police brutality, pardons for arrested protesters and democratic reform.

Since last August, the government has announced concessions worth roughly HK$20 billion -- ranging from government fee waivers and public market rental deductions to increased income tax rebates and public housing rental bonuses -- with the expectation they would boost the economy by 0.3 percent.