Deputy Prime Minister Taro Aso apologized Tuesday for saying Japan has been unified under a single language and ethnic identity for the past 2,000 years, a comment viewed as ignoring the country's ethnic minorities including the indigenous Ainu.

"If I made a remark that has caused misunderstanding, I have to take care of my way of saying and correct what I said," Aso told a news conference, a day after making the controversial remarks. 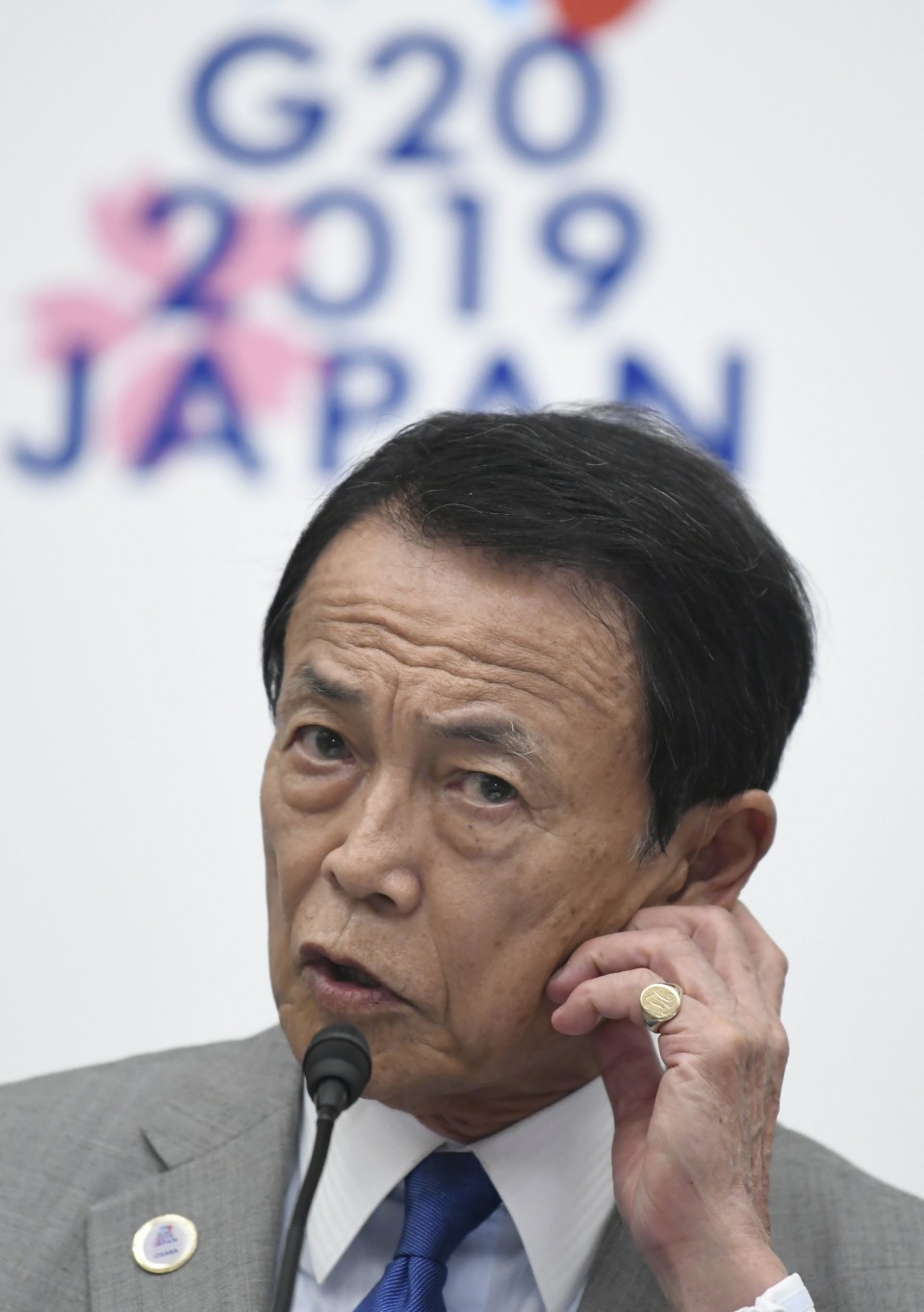 (Japanese Deputy Prime Minister Taro Aso meets the press after attending a meeting of the Group of 20 finance and health ministers in Osaka on June 28, 2019)

During a gathering in his home constituency in Fukuoka Prefecture on Monday, Aso, who doubles as finance minister, said, "No country but this one has lasted 2,000 years with one language, one ethnic group and one dynasty."

But on Tuesday, the veteran lawmaker explained that he meant Japan has continued for such a long period without any major migration movement or occupation involving other ethnic groups.

Prime Minister Shinzo Abe's government has stepped up its efforts to support the Ainu, an ethnic minority in northern Japan, through a law implemented last May to protect and promote their culture.

Asked about the contradiction between the legislation and his remarks, Aso underlined, "I have no intention to deny the government's position" by what he said.

On Monday, the former prime minister hailed Japan's success in the Rugby World Cup last fall with a team featuring players from diverse backgrounds before going on to make the remarks about Japan as a linguistically and ethnically homogenous nation.

An Abe's ally, the outspoken Aso has repeatedly come under fire for gaffes and controversial statements.