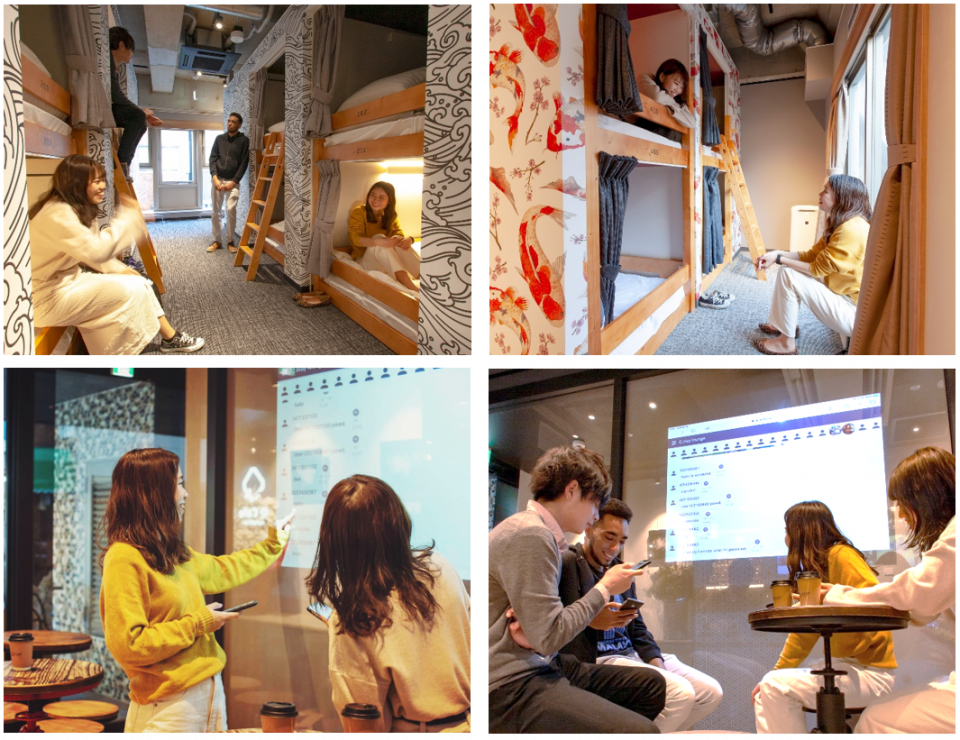 TOKYO - A hostel opening next week in Tokyo's Ueno district, a popular destination for foreign tourists, is hoping its guests from around the world will get chatting with each other by encouraging them to use a multilingual real-time translation app.

The "Q Stay and lounge," which will welcome its first guests on Jan. 20, is the first accommodation facility in Japan to create chances for customers to communicate in different languages via the Kotozna Group Chat smartphone app, according to LS Corp., the operator of the hostel.

The artificial intelligence-powered group chat service, which was developed by Kotozna Inc., can translate more than 100 languages.

"We want to create a platform that allows young people in Japan to communicate smoothly with foreigners and vice versa," said Leo Liang, president of LS Corp.

The app is already in use at the "Q cafe" that the operator opened last month on the first floor of the hostel building, which has five floors above ground and one below.

The capsule-type hostel can accommodate 46 guests -- 42 in dormitories from the second to fourth floors and four in two private rooms on the fifth floor. The price for one night stay starts from 5,000 yen ($46).

The number of foreign visitors to Japan reached a record high of 31.88 million in 2019 and the figure is expected to further increase in 2020 due to the Tokyo Olympic and Paralympic Games this summer.

"We will open our first (hostel) in Ueno in time for the Tokyo Olympics" and plan to open 20 such hostels in Japan and abroad within five years, said Liang, who formerly headed the Japan unit of China's largest online travel agency Ctrip, which renamed itself Trip.com last year.

Works by young artists, including students from Tokyo University of the Arts, will be displayed at the hostel. Exhibitions, workshops and live painting sessions will also be held at the facility regularly.