Local governments adopting ordinances for use of bicycle insurance

A growing number of local governments are introducing ordinances to obligate bicycle riders and rental companies to take out liability insurance.

Behind the move is an increase in bicycle use amid a fitness boom, resulting in more collisions and a series of court rulings ordering substantial payouts when pedestrians have been killed or seriously injured in accidents.

But as ordinances passed by local governments carry no penalties, experts stress that cyclists need to be made aware of the importance of taking out insurance.

Takenobu Kato, a 21-year-old employee at a bicycle store in the city of Kagoshima, asks shoppers if they are covered by bicycle insurance. "I recommend them to take out insurance because it becomes their biggest problem if they cannot pay the cost of treatment for people they have injured," Kato said. 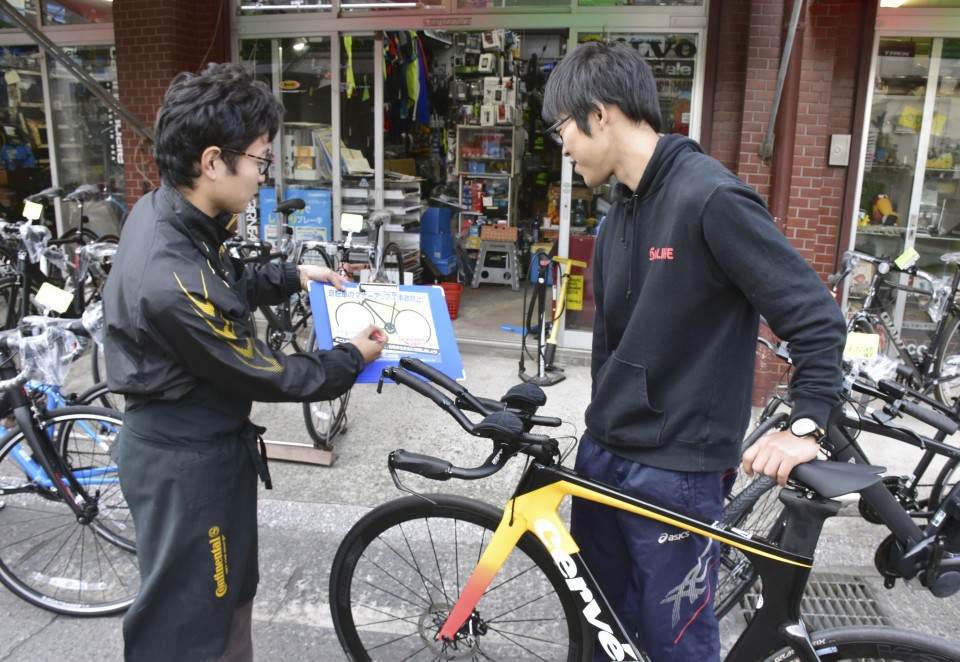 The Kagoshima city authorities introduced an ordinance mandating the use of bicycle insurance in 2017.

Nationwide, there were 2,550 collisions between cyclists and pedestrians and 2,749 between cyclists in 2017, up in both categories from the previous year, according to the Ministry of Land, Infrastructure, Transport and Tourism.

In 2013, the Kobe District Court ordered the mother of an elementary school student who had collided with an elderly woman, leaving her in a vegetative state, to pay a whopping 95 million yen. The Tokyo District Court ruled in 2014 that a man should pay 47 million yen after hitting a woman with his bicycle and killing her.

The Hyogo prefectural government in 2015 introduced an ordinance requiring cyclists to purchase liability insurance policies, paving the way for other local governments to follow suit.

As of the end of November, Hyogo and 10 other prefectures as well as seven designated major cities required bicycle users to get insurance, while 13 prefectures and three major cities had ordinances strongly recommending insurance coverage, without making it mandatory.

Casualty insurance companies offer policies including those that can be taken out for several hundred yen per month or thousands of yen per year, which pay indemnities of hundreds of millions of yen.

Shared bicycle services are increasing in urban areas while bicycle tourism is attracting tourists including those from abroad.

The Fukuoka prefectural government is thus considering making the use of insurance compulsory while prompting residents, including foreign students, to recognize the importance of bicycle insurance.

A bicycle sharing system, called Merchari, started in the city of Fukuoka in February last year, enabling users to rent bikes for 4 yen per minute. The service, which is used by a total of 140,000 people per month, includes an insurance premium in the fee, according to the operator.

"Insurance is indispensable for safe traveling," said an official in charge at the company.

In March, the central government concluded that a system that forced cyclists to take out liability insurance would be extremely difficult to implement, but it supports the adoption of ordinances by local governments. 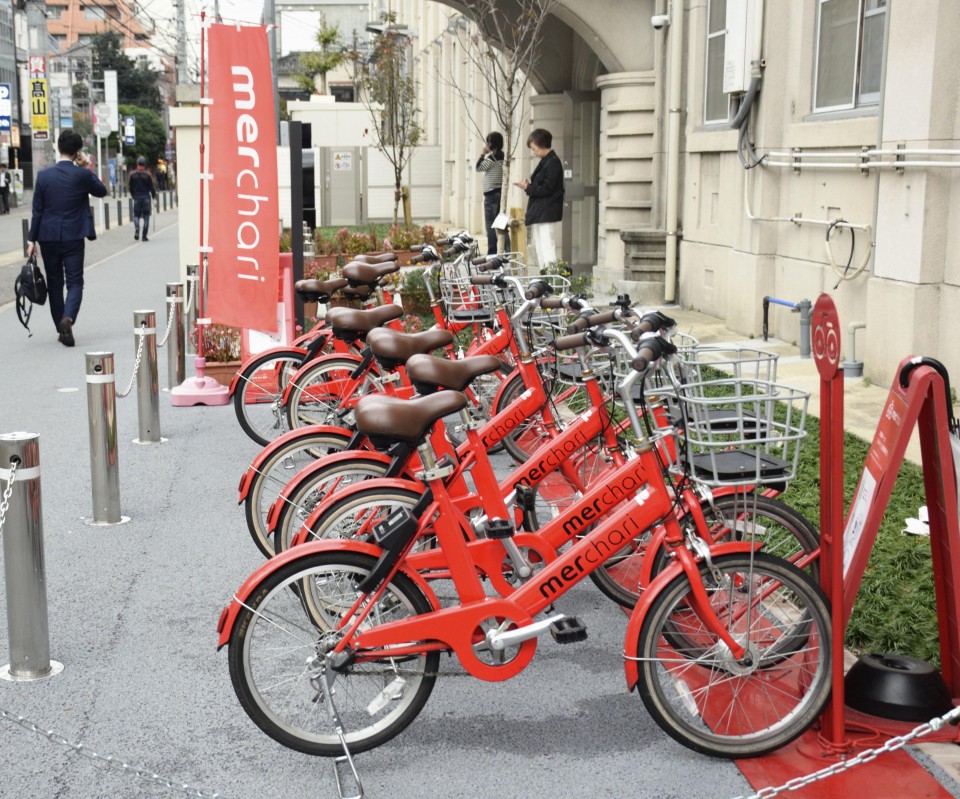 Even so, such local ordinances still lack teeth.

The national average ratio of cyclists having liability insurance stood at 56.0 percent in the period from December last year to February, according to a survey conducted by Au Insurance Co. The ratio in areas covered by mandatory ordinances was 64.3 percent, about 15 percentage points higher than in areas that are not. But there are areas where mandatory ordinances apply where ratios were actually lower than the national average.

According to an official at the casualty insurance company, the survey findings reflect the different methods used by local governments to promote the need for bicycle insurance.

"Local governments should not only stress the risks of having no insurance but also come up with ideas that lead cyclists to take out cover, such as allowing the insured to use bicycle-parking lots at lower rates," said Tomoyuki Todoroki, a professor of transport system engineering at Nihon University.

Tougher Japan penalties for smartphone use while driving take effect