A Chinese court has sentenced the Chinese scientist who claimed to have made the world's first genetically edited babies to three years in prison for illegally editing the genes of human embryos for reproduction, Chinese state media reported Monday.

He Jiankui was also fined 3 million yuan ($429,500) for the crime, as a result of which three genetically edited babies were born, a court in the southern Chinese city of Shenzhen said, according to Xinhua News Agency. 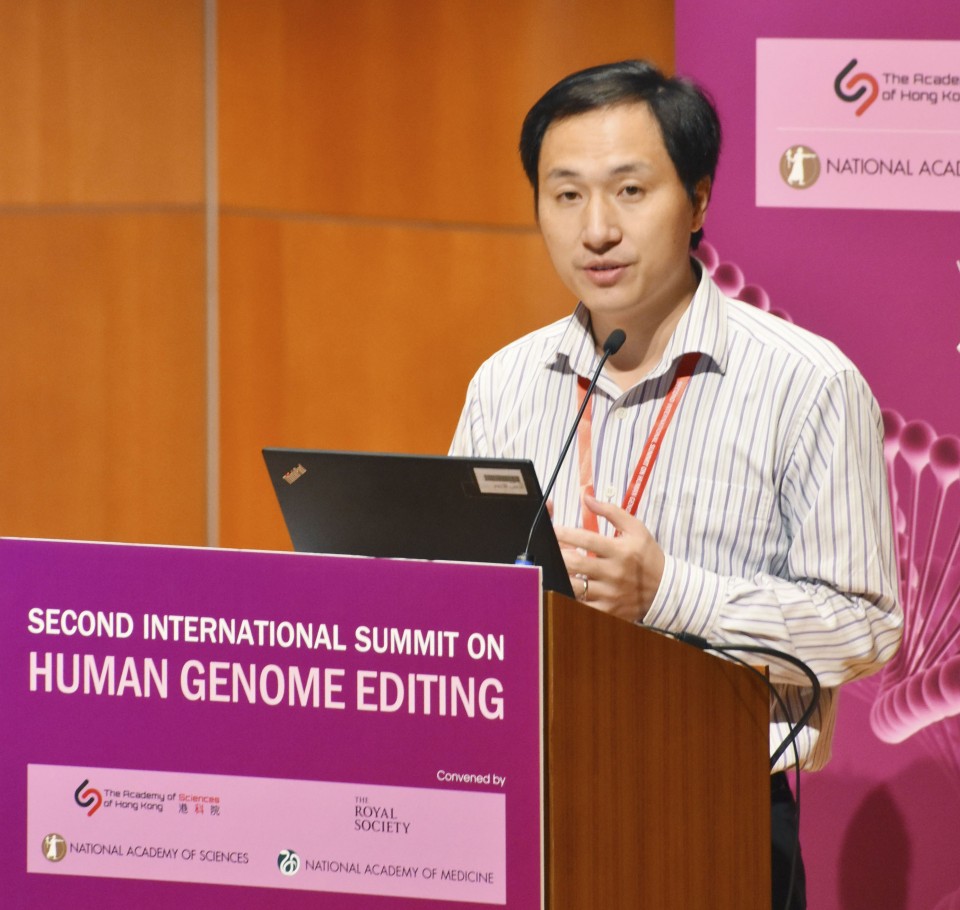 The Nanshan District People's Court of Shenzhen handed down lesser sentences and fines to two of He's collaborators from two medical institutions in Guangdong Province.

The court determined that He, Qin Jinzhou and Zhang Renli had, despite being unqualified to work as doctors, knowingly violated China's regulations and ethical principles to practice gene editing for reproductive medicine, Xinhua said.

The verdict found the three to have engaged in the acts "in the pursuit of personal fame and gain" and seriously "disrupted medical order," according to the report.

He was an associate professor at the Southern University of Science and Technology in Shenzhen.

He appeared at the International Summit on Human Genome Editing in Hong Kong in November 2018, where he explained to fellow scientists his pet project days after revealing it on video clips posted online, in which he claimed success in editing human embryo genes to take away the receptor for HIV, the virus that causes AIDS, thereby giving the newborns immunity to the infection.

His project triggered heated debate in the scientific community, with the organizing committee of the conference, attended by hundreds of geneticists from around the world, describing it as "deeply disturbing" and "irresponsible."

He vanished soon afterward and was reported to be under house arrest at a campus quarters of the university, where he was listed as an associate professor in the department of biology on unpaid leave.