East Japan Railway Co. unveiled to the media its new luxury express train Saphir Odoriko on Monday ahead of its launch on March 14 between Tokyo and a spa resort area in central Japan. 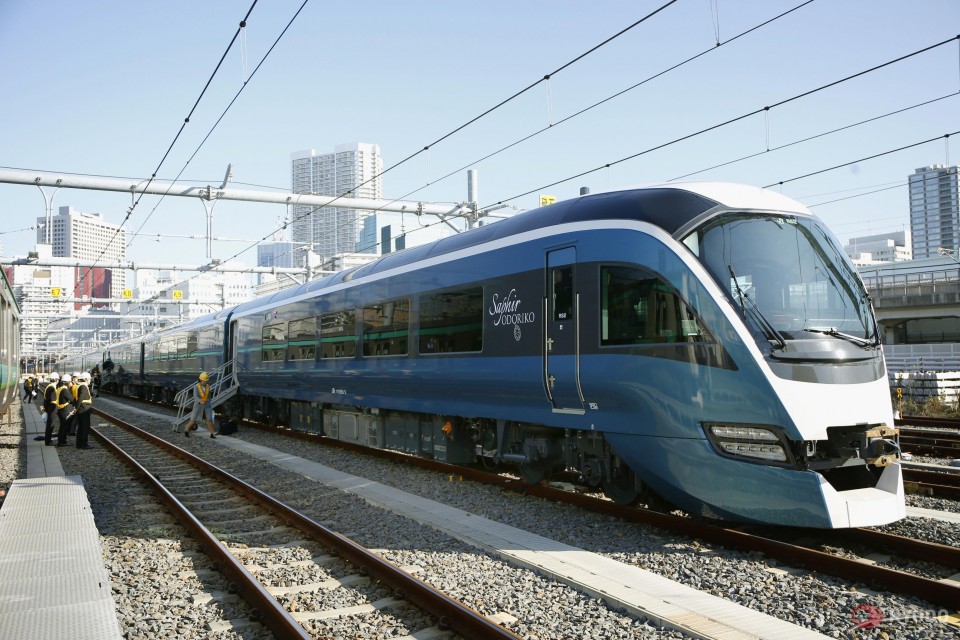 The eight-car train with all first-class seating is named after the French word for sapphire and themed on the blue ocean and sky of the Izu Peninsula in Shizuoka Prefecture. It can carry up to 164 passengers and will connect Tokyo and Shinjuku stations in the metropolitan area with Izukyu Shimoda station in Shizuoka.

The first carriage is a premium Green Car with 20 seats arranged in pairs, while the following two cars consist of private compartments for four or six people. 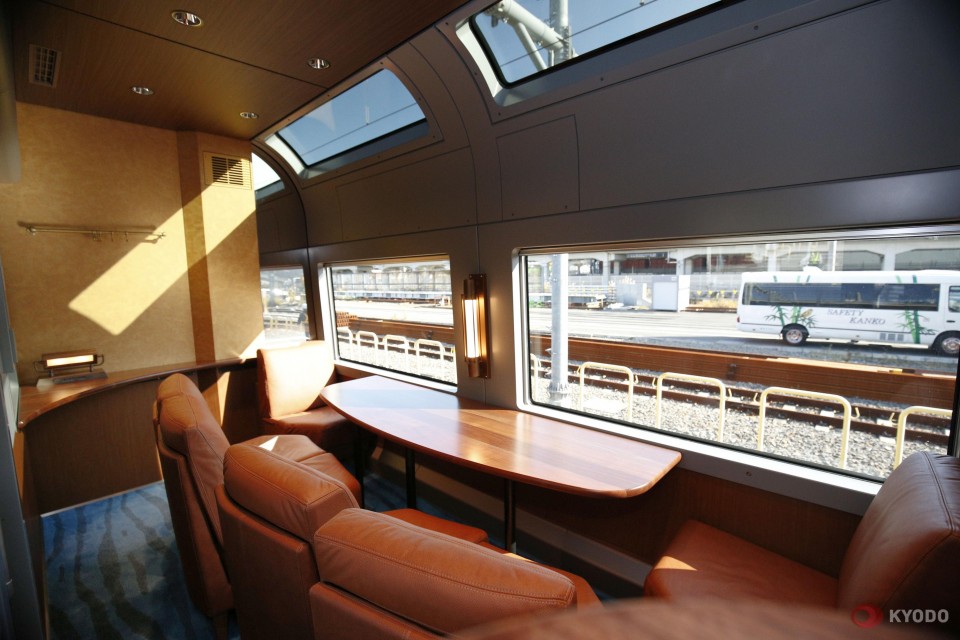 The fourth car is a cafeteria serving noodles cooked to order, while the remaining cars feature standard Green Car or first class seating. 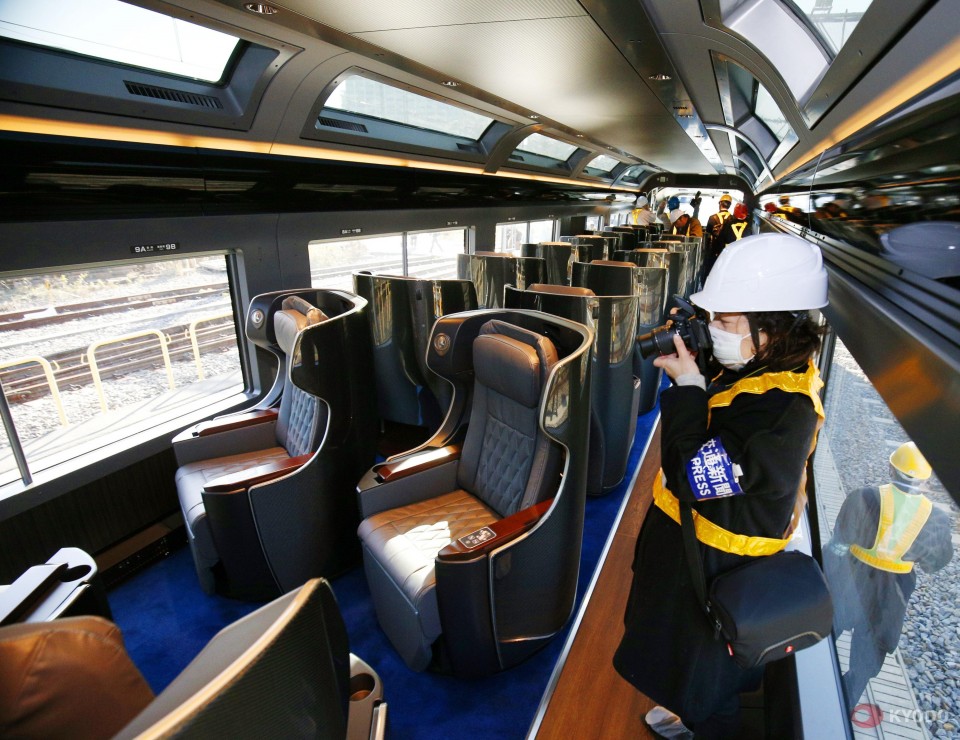