Freedom House, a Washington-based pro-democracy group on which China has imposed sanctions in retaliation for the recent U.S. enactment of a Hong Kong human rights law, pledged Monday to continue supporting people in the Chinese territory.

The group is one of several nongovernmental organizations that the Chinese government has said are subject to its sanctions, though it has not spelled out just what such sanctions may be.

"This threat of sanctions from China's authoritarian regime is antithetical to democratic values and universal human rights," Freedom House President Michael Abramowitz said in a statement hours after China's announcement. 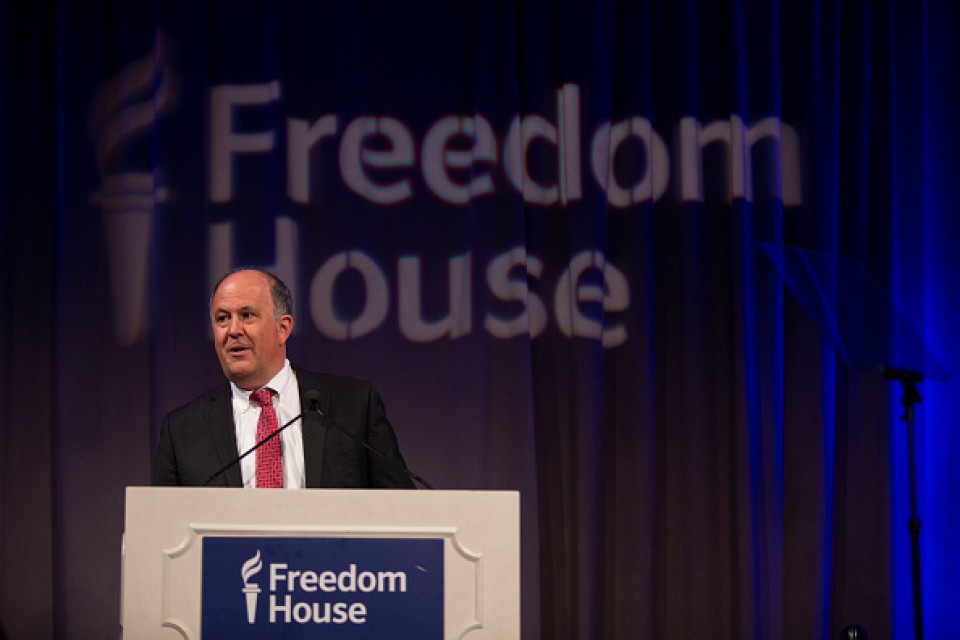 "The Chinese Communist Party's most recent actions will only strengthen our resolve as we continue to oppose its well-documented efforts to undermine fundamental human rights," Abramowitz said.

Freedom House is a nongovernmental watchdog on democracy, political freedom and human rights around the world. The organization says that it has worked to uphold democracy and human rights for 78 years across the globe.

Hua did not elaborate on details of the sanctions.

The new law directs the U.S. State Department to conduct an annual review to determine whether Hong Kong has retained enough autonomy from China to maintain its special trading status with the United States.