Hundreds of thousands of people took to the streets of Hong Kong Sunday in a rare authorized protest a day before the six-month anniversary of an anti-government movement that has plunged the city into political crisis.

The march, organized by the Civil Human Right Front, was held to coincide with the United Nations' Human Rights Day. It is one of the few CHRF events to be allowed by police since the group's million-strong march on June 9 over a now-withdrawn extradition bill.

The organizer claimed 800,000 people took part in the march, which began in the afternoon from Causeway Bay on Hong Kong Island, with the end point located in the central business district. Police put the turnout at 183,000.

Sunday's demonstration was peaceful despite the huge crowds, although local media reported that the Court of Final Appeal in Central and the High Court in Admiralty were attacked with firebombs.

A group of violent protesters also vandalized shops and a bank in the Causeway Bay and Wan Chai areas, the police said in a statement on social media. 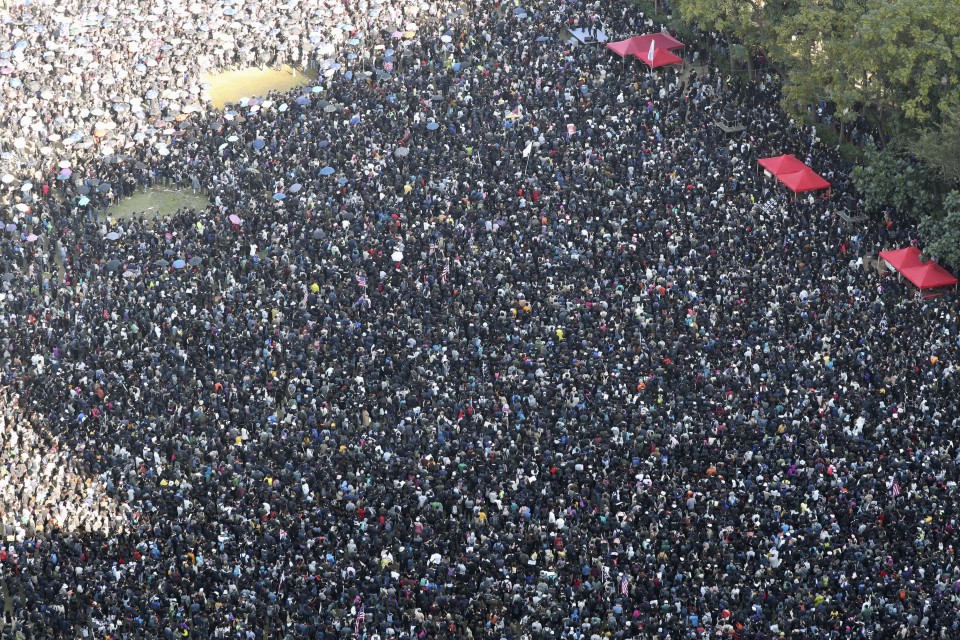 The police had earlier warned that "necessary action" would be taken if violent behavior erupted.

The Justice Department said it will "not condone illegal violent acts," and urged the public to respect the rule of law.

Many of the mostly black-clad protesters lamented the increasing use of force by police in recent months to quell the unrest.

"It is very sad when the people gave up so much for Hong Kong's (struggle) but were treated with violence, with police escalating their use of force against the people," said high school student Michael Keung, 16.

The protests have presented the Beijing-backed Hong Kong government with its biggest challenge yet since the former British colony's handover to China in 1997. 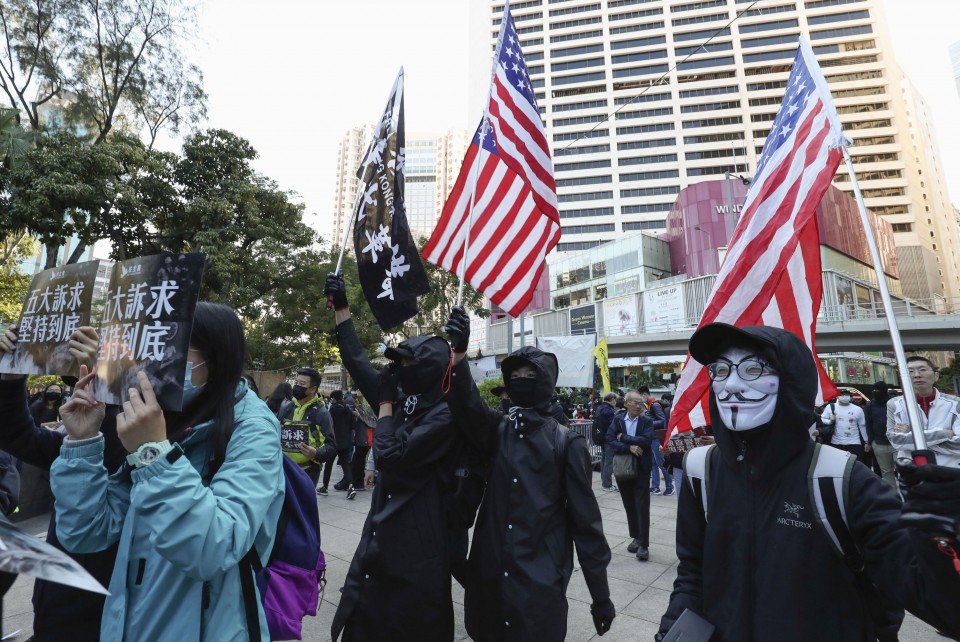 The protesters' demands have expanded beyond withdrawal of the extradition bill to the "Five Demands" including police accountability and greater democracy.

The bill was withdrawn in October, but the government nixed an independent probe into the police use of force, instead saying it will set up a review committee to look into the cause of the social unrest without pointing fingers at any one.

"I do not accept the government's response. A review committee is not what the people want," said social worker Albert Chan, 55. "In the past six months, the police have turned from a force that enforces the law into one that breaks the law."

"Even we can't know the whole truth, it was not excusable for police to have acted in the way they did," he said. "If every Hong Konger comes out, we can bring changes."

Peaceful protests in the past often descended into violent clashes as radical protesters threw bricks and fire bombs at police, who launched tear gas and other projectiles in return.

More than 2,600 people have been injured, with nearly 6,000 protesters arrested since June.