Hatsune Miku is set to bring her virtual talents to European audiences as the popstar embarks on a second tour of the continent in 2020.

The turquoise-pigtailed singer will appear on five dates in different cities across Europe as part of the "Hatsune Miku Expo 2020," beginning in London on Jan. 11.

With a voice created by a synthesizer, Miku soon became popular throughout Japan, where she regularly holds packed-out shows, as well as achieving global fame with the help of video streaming sites like YouTube and games featuring her music.

Collaborations with high-profile western artists including Pharrell Williams and Lady Gaga, who Miku supported on her 2014 U.S. tour, have also helped bring the singer's music to new audiences outside Japan.

During live shows Miku takes the form of an animated 3D hologram, with everything from vocals to dance moves computer-generated. A lack of physical constraints allows for creative costume and set design, explained Guillaume Devigne of Crypton Future Media, so shows are "very colorful."

Another upside of being a virtual singer is that Miku can perform continuously for the whole show, without having to take breaks or leave the stage for costume changes, added Devigne. 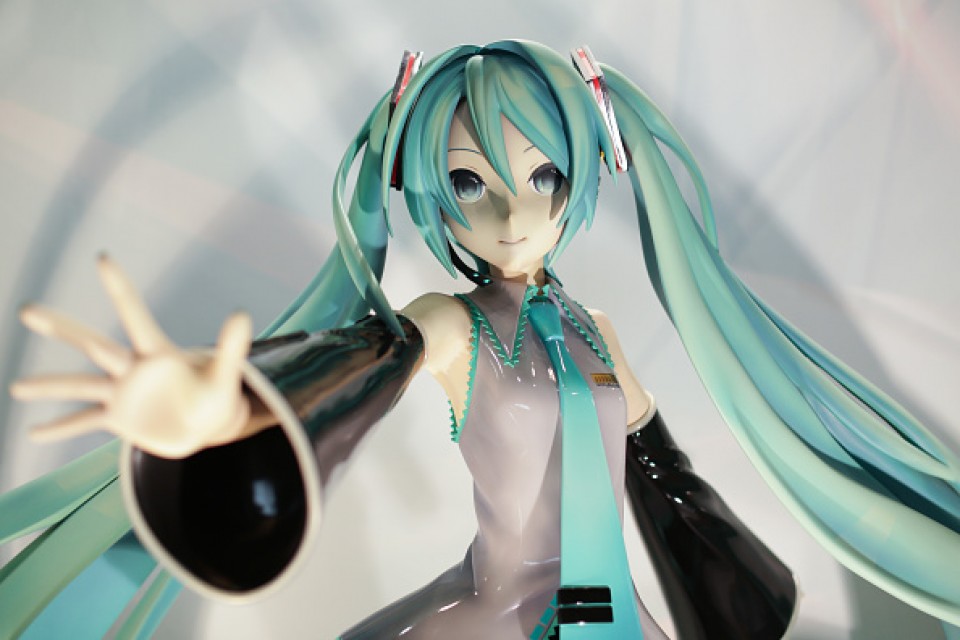 This can, however, prove challenging for the live band, who stay onstage for the duration of the two-hour show and must keep up with Miku's up-tempo songs.

Though not a live performance in the usual sense, Miku's shows are nonetheless highly interactive, Devigne said. "Something that comes from Japan is that the audience is very reactive to the show," he explained, with concertgoers waving colored glow-sticks and singing along.

Despite the majority of Miku's songs being in Japanese, Devigne said the language barrier doesn't stop foreign fans from joining in. "(Fans) are really used to listening to the songs in Japanese, even if they don't know the meaning...many of them can even sing along," he explained.

Devigne suggested part of Miku's appeal for non-Japanese audiences derives from the novelty of seeing a performer who doesn't physically exist, something that has no real equivalent in Europe.

However, more important for fans is the interactive nature of Miku's music and character. Fans and songwriters alike can create songs for her using Vocaloid software, giving the singer a limitless repertoire. "Miku doesn't have a canon, as such, which allows you to go in very different directions. I think fans find that freedom exciting," Devigne said.

Organizers even invited fans to submit their own compositions in advance of the tour, with the winning song to be performed at each show.

Live concerts can also be a rare chance for Miku fans, who mostly congregate in online forums and social networking sites, to meet in real life. Devigne said there is still some stigma attached to hobbies like cosplaying in Europe and the United States, but fans can go to concerts "dressed like Miku and nobody will judge. There's a feeling of community."

Asked what he thinks is the root of Miku's popularity, Joe Curzon, founder of Japanese culture and news site Otaku News, said, "I think for a lot of people it's being into anime and manga. For those people, I think she represents the quintessential anime character style. There's also not much about her personality online, so fans can project what they want onto her."

Anthony Steed, a professor of virtual environments and computer graphics at University College London, said of the Miku experience, "You could call it a type of mixed-reality or augmented reality. It is actually using a very old theater technique called Pepper's ghost, where a half-silvered mirror is used to reflect a brightly lit object (or a screen), so that it appears to be floating in space. You always find these images floating in front of very dark backgrounds, so their transparency isn't obvious."

Martin Chow, 30, head of a group that organized a British fan concert in 2014, said, "Miku unites musicians, designers, artists, animators -- even people from different political walks, all working with the common goal of creating Miku-related content," adding, "I went to the last Miku Expo in London in 2018, it was great so I'm going again!"

After selling out almost all venues on Miku's first European tour in 2018, organizers hope the growing number of overseas fans will bring similar success this time.

The tour, which will be held throughout January, will travel to London, Paris, Berlin, Amsterdam and Barcelona, followed by dates in the United States and Canada later in the year.