Hong Kong riot police fired tear gas at anti-government protesters for a second day on Sunday, raising concerns over a fresh intensification of conflict after a lull of several days.

The latest violence occurred in the Kowloon area of Hong Kong, as on Saturday when police fired tear gas for the first time since last weekend's district assembly elections in which the pro-democracy camp won a landslide victory.

The demonstrators had observed a "cease-fire" with the police during the elections.

The police said "hundreds of rioters" hurled smoke bombs and bricks at them in the bustling Tsim Sha Tsui area of southern Kowloon, forcing them to fire tear gas in response. 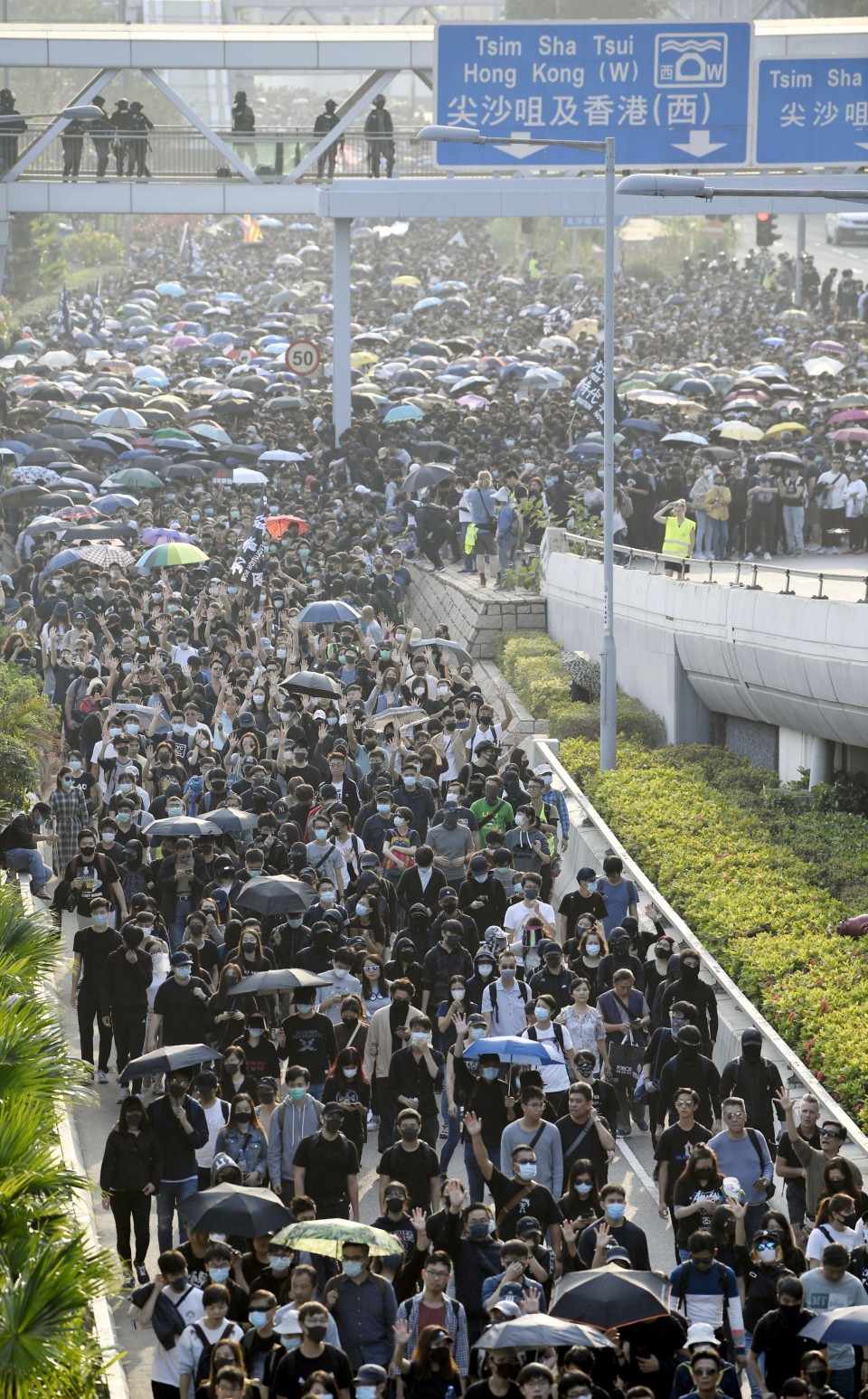 Pepper spray was also used against protesters, and even reporters, who allegedly veered off the approved march route or who failed to move along as told, local television footage showed.

By nightfall, some protesters gathered and blocked roads at the residential area of Whampoa, to the east of Tsim Sha Tsui. Police also fired tear gas but failed to disperse the crowd.

"Even after the pro-Beijing camp lost big in the district council elections, the government continues to ignore our demands," said Tom Wong, 39, employed in the shipping industry. "We just have to keep going, peacefully and rationally, urging for the government's response."

The crowd chanting "Five demands, not one less!" marched mostly peacefully during the procession, while taunting police watching by along the route with profanity. 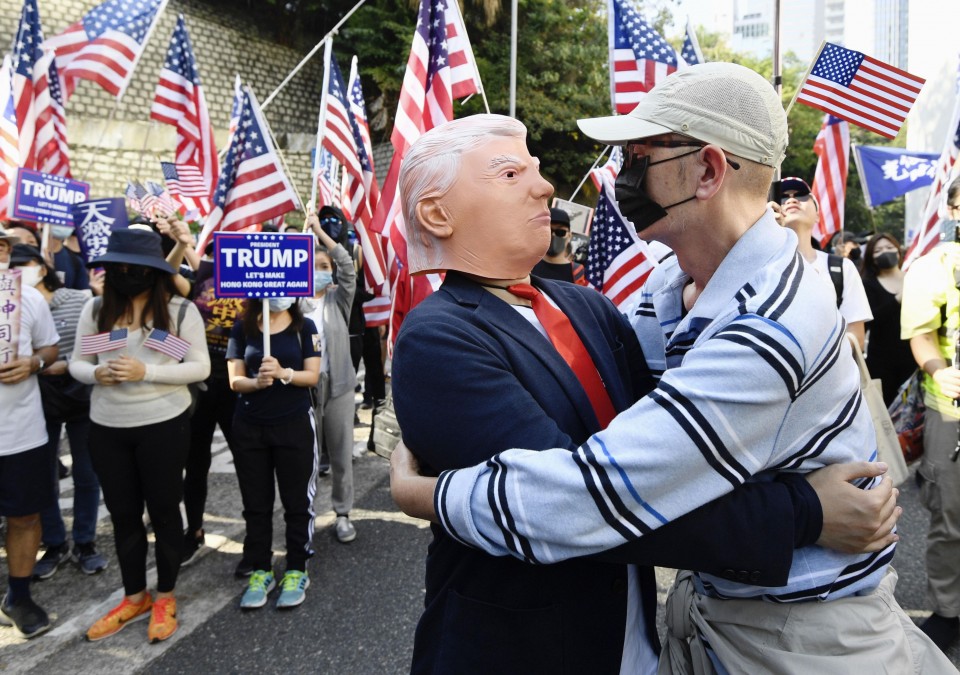 Meanwhile, a smaller-scale event was held on Hong Kong Island, in which thousands marched from Chater Garden, a park in Central, to the nearby U.S. Consulate General to welcome the recent enactment of the Hong Kong Human Rights and Democracy Act by the U.S. Congress.

Some people waved the U.S. flag, while others were dressed up as President Donald Trump, who signed the bill into law last Wednesday.

The new law directs the U.S. State Department to conduct an annual review to determine whether Hong Kong has retained enough autonomy from China to continue its special trade treatment by the United States. The legislation also imposes sanctions on individuals responsible for human rights violations in Hong Kong.

One protester, a fourth-year University of Hong Kong student who identified herself as Janice, said that while it would take some time for Washington to impose sanctions under the new law, it's nevertheless significant as "it will be a pressure on the Hong Kong government."

"Although the law is more symbolic than pragmatic, it offers psychological comfort to Hong Kong people and could serve as a reminder to those who have misbehaved," a father of three identified by surname Yim, 40, said. "Hopefully other countries will follow in the United States' footsteps and apply pressure on China, to handle (Hong Kong) in a civilized way." 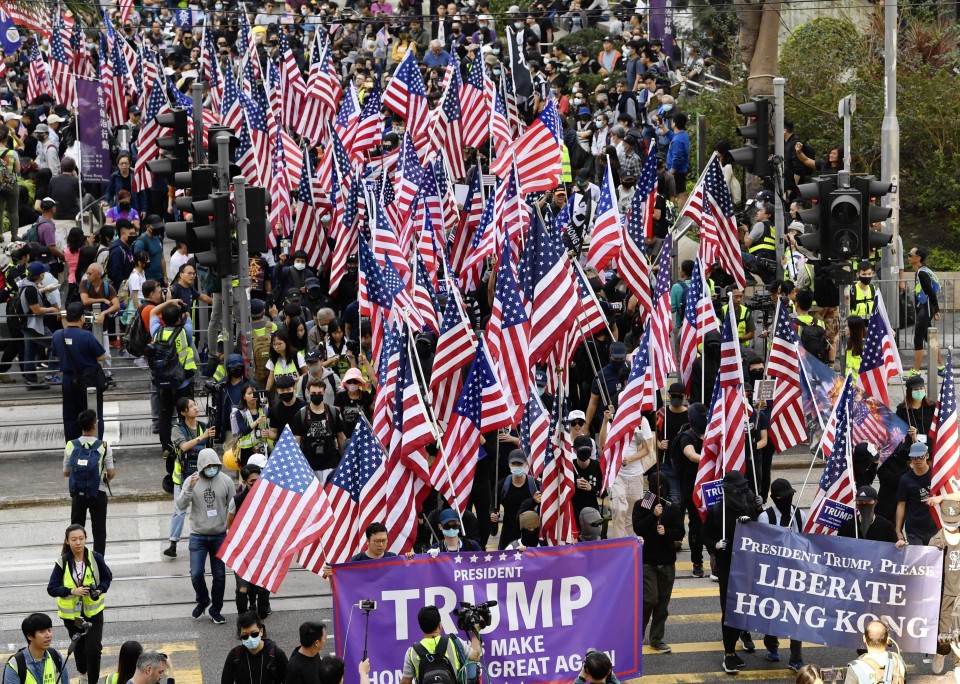 Mass protests began in Hong Kong in June over a now-withdrawn bill that sought to allow extraditions to mainland China. The protests increasingly turned violent in the ensuing months, resulting in frequent clashes with the police.

Protesters have claimed many of the 5,900 people arrested have been tortured, raped or even killed, while some were sent to mainland China. Police have denied such allegations.

In the Nov. 24 elections, democracy-supporting candidates took 385 of the 452 directly elected seats -- or 85 percent -- seizing a majority for the first time since the former British colony was returned to Chinese rule in 1997.

In what was also the first electoral contest since mass pro-democracy demonstrations began in June, the pro-establishment bloc won just 59 seats, a far cry from the 298 it held.

The results were seen as the clearest sign yet that voters support the protests against the Beijing-backed government that have rocked the Chinese territory for almost six months.