The World Anti-Doping Agency has determined that doping records of at least 145 Russian athletes have been tampered with, according to internal WADA documents published Tuesday by Russian news agency TASS.

According to the report compiled by WADA's Compliance Review Committee, WADA suspects the doping data of up to 298 athletes have been tampered with. Of those, 145 cases have now been so classified. The document indicated further investigation of the remaining 153 athletes is necessary in order to make a determination on them.

The committee has recommended Russia be banned from the 2020 Tokyo Olympics and Paralympics and from major sports events for a period of four years. The matter will be taken up by WADA's executive committee on Monday.

In response to the TASS report, Russia's Minister of Sports, Pavel Kolobkov, said, "WADA has its opinion, Russian specialists have a different point of view." 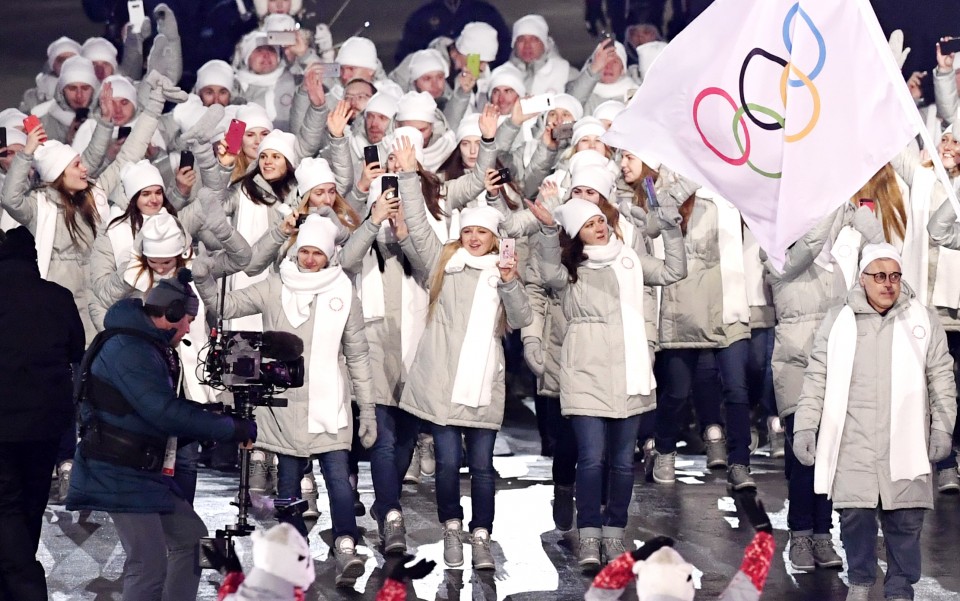 (Russian participants march in the stadium as Olympic Athletes from Russia during the opening ceremony of the Pyeongchang Winter Olympics in South Korea on Feb. 9, 2018.)

WADA banned Russia's Anti-Doping Agency in 2015 in response to the country's systematic doping effort as host of the 2014 Sochi Winter Olympics.

The RUSADA ban was lifted in September 2018, and WADA has been evaluating data provided by the agency.

While some 260 Russian athletes competed at the 2016 Rio de Janeiro Olympics, the International Paralympic Committee barred the Russian delegation from its competition.