Former Japan captain Makoto Hasebe hit the 300-game milestone in the German first division on Wednesday, but it came in a loss as  Eintracht Frankfurt gave up a two-goal lead to Cologne.

The 35-year-old defensive midfielder, who is playing his 13th Bundesliga season, had little cause for celebration as the hosts let the first-half lead slip, going down 4-2 to a Koln team which has now won two in a row to climb out of the relegation zone.

"I wanted those three points more than an individual record. It's disappointing," Hasebe said. 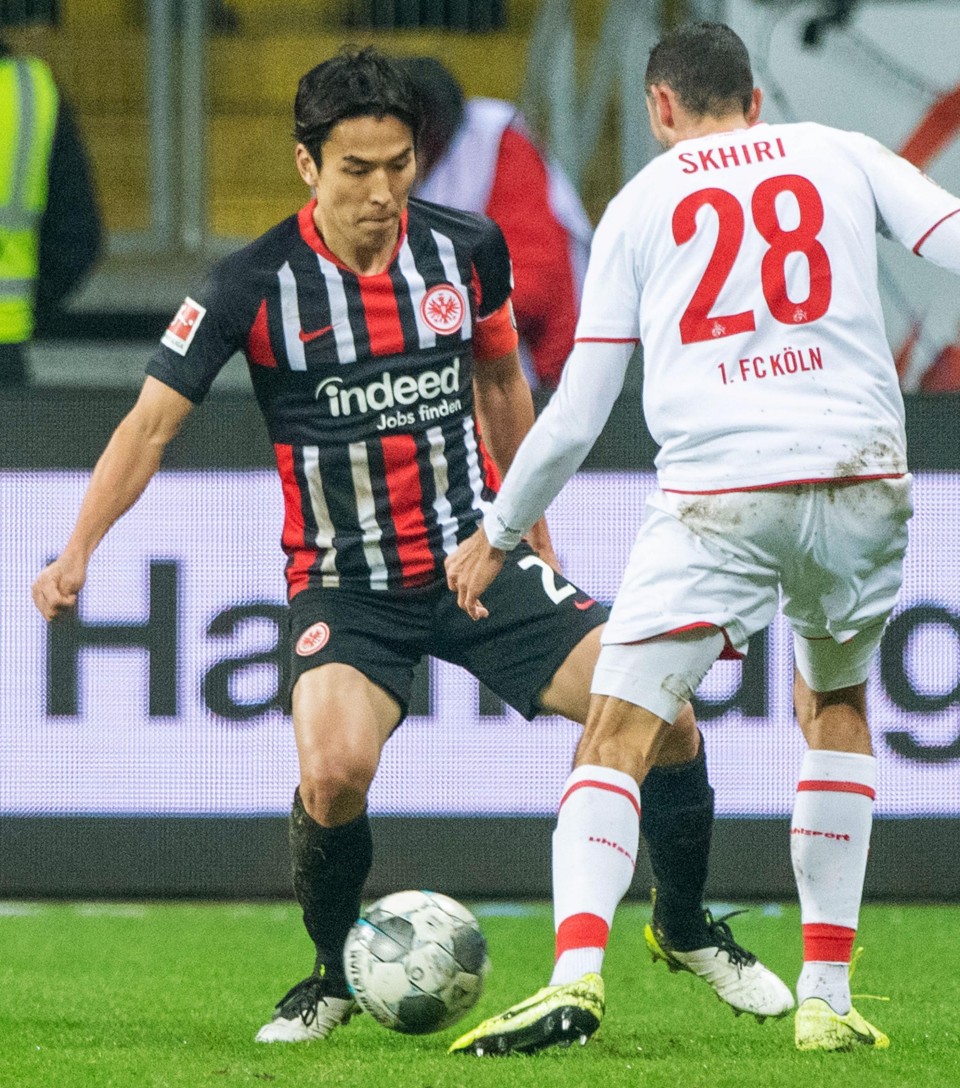 "I think it's some kind of message that I'm facing a test at a significant time like this," he said.

Eintracht have gone without a league win since Nov. 2, and in a game of few clear cut opportunities at Commerzbank Arena, they were unable to end the streak despite goals by Martin Hinteregger and Goncalo Paciencia.

Frankfurt have lost five of their last six matches. They are currently 12th in the table with five wins, three draws and eight losses.

Hasebe transferred from Urawa Reds to Bundesliga team Wolfsburg in 2008. He then joined Eintracht in 2014 following a stint with Bavarian side Nuremberg.